According to Kolhapur District Police, the incident took place at about 11 pm on Friday, when the driver, Dattatrey Ganpat Patil, was on his way back from work. 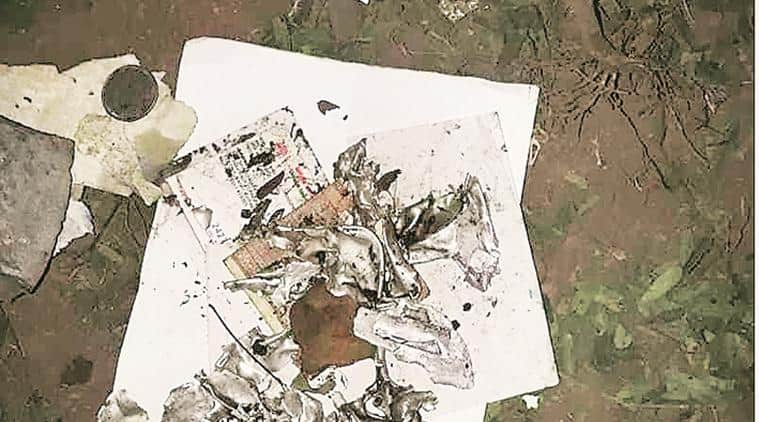 A 55-year-old truck driver was killed when an unidentified object exploded near a flyover on the Pune-Bangalore Highway, around 15 km from Kolhapur city, on Friday night. Local police teams and the Bomb Detection and Disposal Squad (BDDS) have launched a probe to identify the object and investigate the cause of the blast.

According to Kolhapur District Police, the incident took place at about 11 pm on Friday, when the driver, Dattatrey Ganpat Patil, was on his way back from work. His truck broke down on the highway near Ujalaiwadi village and he called his friend Ashish Chaugule for help, said police.

By the time Chaugule reached the spot, it had started raining. Patil walked towards the flyover to find shelter when an unidentified object exploded, said police. Patil sustained severe injuries on both legs. Chaugule called an ambulance and rushed Patil to a government hospital in Kolhapur, where he was declared dead.

Police have recovered pieces of a material suspected to have been used as casing to contain the explosive. Samples from the blast site and some residual material have also been collected by the BDDS team.

“A coordinated probe has been launched by our team and the BDDS into various available leads. We are also looking at footage from some security cameras,” said Assistant Inspector Sushant Chavan of Gokul Shirgaon police station.

Abhinav Deshmukh, superintendent of police, Kolhapur, said, “We don’t have complete information yet on what exactly was on the object and what caused the blast. The report of the Forensic Sciences Laboratory is awaited on the chemical composition of the object. At this juncture, we can say that it was a low-intensity explosive. Primary observation suggests that no detonator was used. One possibility is that some persons carrying the explosive material dumped it under the flyover as there was a police check point a short distance ahead. Considering the secluded location where the explosive was kept, it does not prima facie seem like an attempt of sabotage or foul play. Our teams are working on various leads.”

57 killed as bus falls into gorge

The Masked Singer renewed for season 2 on Fox

Hope we can give people something to look forward to in these difficult times: KKR coach McCullum

HT Media launches HT Smartcast: Listen to our podcasts across all genres