Started by the couple Akanksha Kanwal Shukla and Pushkar Shukla, engineers and MBAs, Beatitude has a large presence in the US, Australia, Canada, Singapore, Malaysia and the UAE. 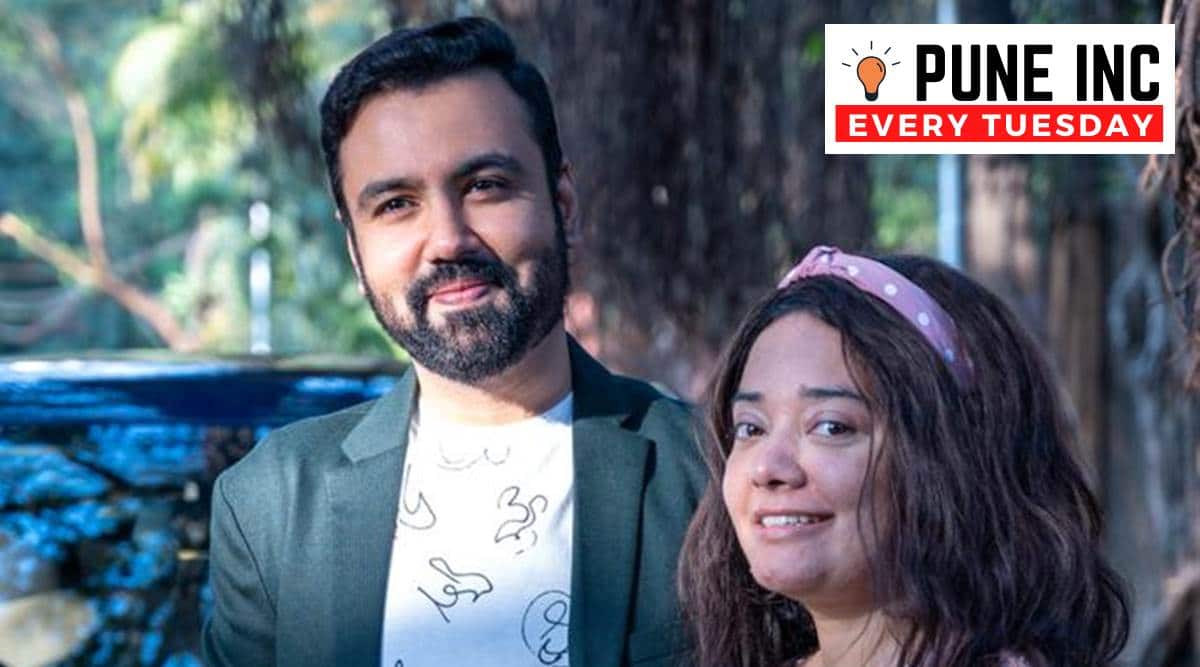 A recent collection at Beatitude, a Pune-based startup for saris, is titled Gaea – The Mother Earth, after the Greek goddess from whom all life emerges. The range has 15 designs that are inspired by elements of nature and seeks to salute the wearer as an embodiment of a primordial ancestral force. The branding has been carefully chosen. It is intended to strike a chord in a global market where a foreign buyer might not know of Indian ethnic wear but is aware of Greek mythology.

The market for saris in India was Rs 38,000 crore in 2017, which is 33 per cent of the entire women’s wear, according to the Indian Apparel Market Outlook (Published By Fibre2Fashion) & Fibre2Fashion Analysis. Beatitude, which has been retailing handcrafted saris since 2015, is, however, pushing towards the global audience, who are not just Indians residing out of the country but foreigners who admire Indian art and culture.

Started by the couple Akanksha Kanwal Shukla and Pushkar Shukla, engineers and MBAs, Beatitude has a large presence in the US, Australia, Canada, Singapore, Malaysia and the UAE. Their other prospective customers are Indian women who rarely wear saris today, and their clients are now based out of Bengaluru, Mumbai, Pune, Delhi, Lucknow, Hyderabad and Chennai, among others. Global expansion is their main aim and Pushkar informs that retailers out of India have been reaching out to them.

“After residing out of India for more than eight years, when we returned to India and wanted to work on our own business we decided to promote Indian culture and take it to global heights. We chose to serve our country so we picked up handcrafted saris,” says Pushkar. “We have designers and stylists who are working on getting new designs that are aligned with global trends and appeal to international aesthetics. We have been working on making saris suited to different weather conditions, and ensuring that the fabric is breathable. A challenge we are facing is in making saris more user-friendly so that draping a sari becomes easier for non-wearers” he adds.

Beatitude started with a self-investment of Rs 27 lakh and has earned a revenue of Rs 25 crore since the beginning of this financial year. “Covid-19 affected us badly at the beginning because people were not going out of home and there were no festivals or events. There was a drop of 25-27 per cent in revenue. As we passed the first wave, e-commerce sales began to rise and the losses got covered. The sales kept getting better and we are ending this year on a positive note,” says Pushkar.

Beatitude’s focus on e-commerce, from the very start, meant they were uniquely positioned when the pandemic struck and retail outlets were shut. “Even in 2015, we were seeing the signs that the social trend was moving towards online buying. During the lockdown, buyers were coming to the website and purchasing but our courier partners were not working. We managed the best we could before things became better,” he says.

Coming up are designs that will induce young Indian women, who have been losing interest in saris, to take up the garment more often, as well as promote saris abroad. “We are not promoting saris only as ethnic wear but as style wear. Shawls, for instance, are popular across the globe. At Beatitude, we are creating styles and patterns for people to look at saris and adopt as dress code for functions, events and even day to day basis,” he says.

Gujarat confidential: Inching to the top

India vs England: We got the combination a bit off for Lord’s Test, admits Virat Kohli