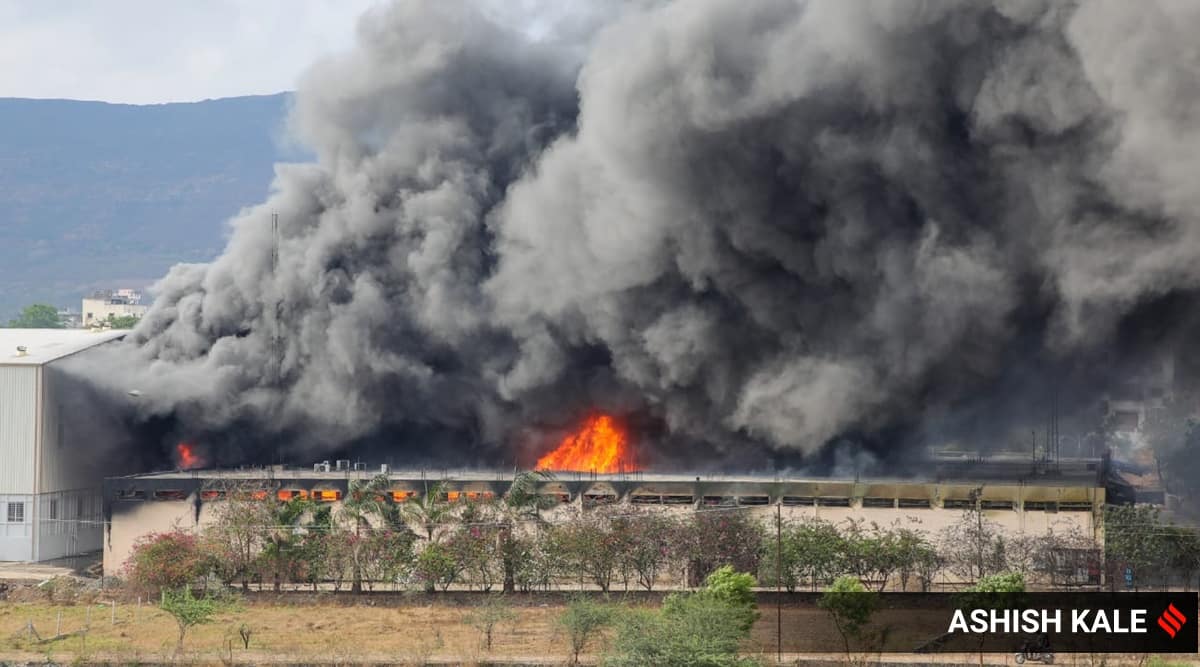 A major fire was reported at a storage facility containing edible oils and ghee near Pune city on Saturday night. The fire continued to rage even on Sunday morning, with firefighters facing difficulties in controlling the blaze, given the size of the godown and its lack of approach routes. No casualties have been reported till now.

The fire was reported around 10 pm at the storage facility in Wadki village around 25 kilometers from Pune. The privately-owned facility has a huge stock of edible oils, ghee, edible fats and some chemicals, according to fire brigade officials. Fire tenders from Pune City and Metropolitan Region Development Authority (PMRDA) were rushed to the spot and launched efforts to extinguish the fire.

PMRDA Fire Chief Devendra Potphode told Express, “The fire started sometime before 10 pm on Saturday and we are yet to bring it under control. The storage of oils and ghee is very huge and with time more and more stored material is catching fire. There is lack of ventilation and the access routes to the blazing areas are very difficult to navigate through intense fire. There is also a shortage of water locally and we are required to ferry water from long distances. We have used large quantities of foam and all efforts are being made to control the blaze.”

Potphode added, “There are no known casualties in the fire till now.”