The civic administration had proposed to not allow anyone in the civic building without permission, citing that free access was leading to “unnecessary problems in the smooth functioning” of the PMC office. 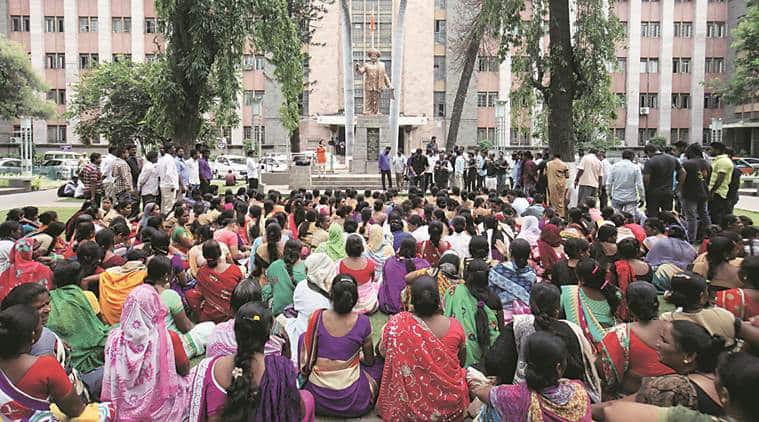 The Pune Municipal Corporation (PMC) administration’s proposal to allow entry of residents in the civic body’s main building only through passes has not gone down well with elected representatives. Corporators have also demanded that a dedicated location in the main building’s lawn be provided for staging demonstrations.

“We have not approved the civic administration’s proposal to allow residents in the main building only through passes issued at gate. They have been asked to submit a new proposal,” said Mayor Mukta Tilak after the meeting of the coordination committee of PMC on Monday.

“The civic administration has been asked to provide a dedicated location on the main building’s lawn for those who want to stage demonstrations. From now on, no demonstration will be allowed in the civic general body meeting and serious action will be taken against those who do not follow this rule,” she added.

The civic administration had proposed to not allow anyone in the civic building without permission, citing that free access was leading to “unnecessary problems in the smooth functioning” of the PMC office. The PMC has been facing problems as a large number of party workers accompanying corporators have been entering the main building. Also, many residents and political workers roam around in various civic offices, claiming to be official representatives of corporators.

Many groups or organisations also stage protests in the civic main building to press for their demands. There have been reports of damage to the property of the civic body during the protest by various organisations, including political workers.

[INSIDE VIDEOS] From rapping with Mika Singh to getting groovy on the dance floor, Ranveer Singh lights up Kapil – Ginni’s reception