Congress General Secretary Priyanka Gandhi Vadra stated that she hasn't been produced in front of a magistrate or a judicial officer, nor has she been allowed to meet her legal counsel. 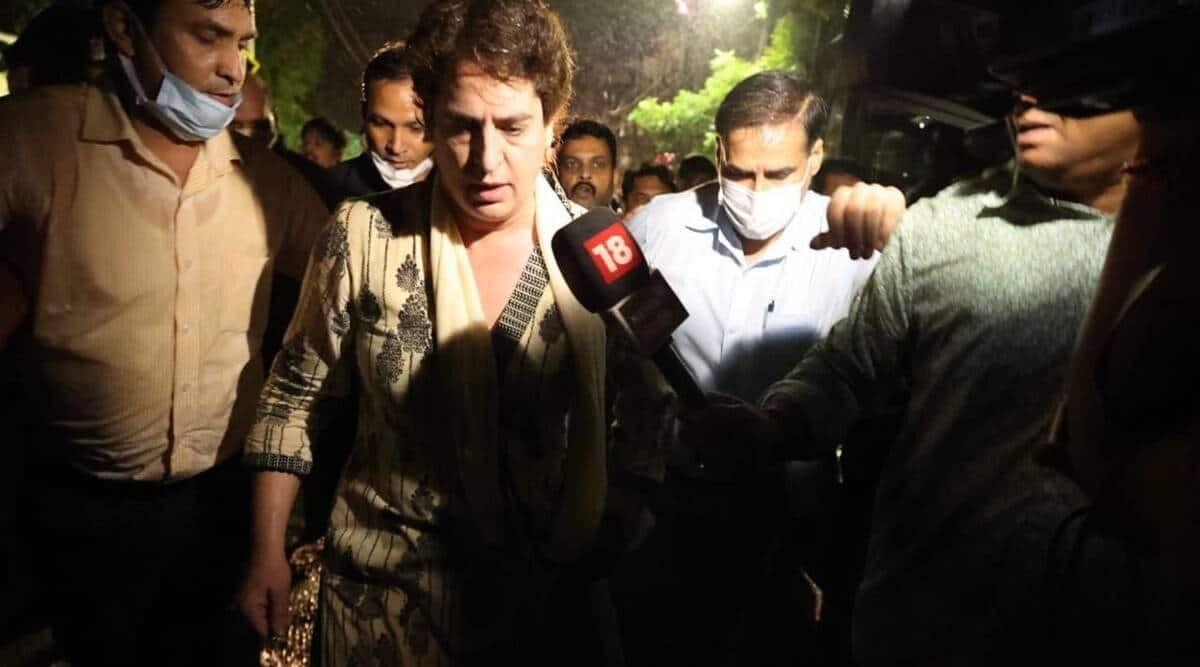 Congress General Secretary Priyanka Gandhi Vadra has stated that in the over 38 hours that she has been confined to Sitapur’s PAC compound, the Uttar Pradesh police has verbally informed her of her arrest under section 151 (to prevent cognisable offences), but no order or FIR has been shown to her.

In a statement on Tuesday, Gandhi called her confinement illegal, and stated that “completely illegal physical force” was used on her and her colleagues at the time of her arrest.

Gandhi said following a verbal statement by arresting officer DCP Piyush Kumar Singh, CO City, Sitapur, that she has been arrested under section 151, she hasn’t received any further communication so far.

She went on to state that she hasn’t been produced in front of a magistrate or a judicial officer, nor has she been allowed to meet her legal counsel.

Regarding the arrest of 11 people, including herself and Deepender Singh Hooda, UP Congress state president Ajay Kumar Lallu and party MLC Deepak Singh, Gandhi said she only became aware of it through social media.

“I have myself seen a portion of a paper on social media in which they have named 11 people — eight of whom were not even present at the time I was arrested. In fact, they have even named the two persons who brought my clothes from Lucknow on the October 4 afternoon,” the statement read.

Elaborating on the events that went down on Monday, the Congress leader stated that she was arrested while “travelling within the district of Sitapur, approximately 20 km from the border of district Lakhimpur Kheri, which was under section 144. However, to my knowledge section 144 was not imposed in Sitapur.”

She added that she was travelling in a single vehicle with four persons, including Deepender Hooda and Sandeep Singh. “No security car or congress workers other than the four persons accompanying me were with me,” she said.

Senior Congress leader P Chidambaram too described Priyanka Gandhi Vadra’s detention and arrest as “totally illegal”, and claimed it has “conclusively” established there is no rule of law in Uttar Pradesh.

Why the royal family isn’t allowed to play Monopoly

A cafeteria approach to Covid testing

Ritu Phogat trains in Singapore for ONE Championship debut