The injured were first rushed to a hospital in Porbandar town. Later on, Joshi and Odedra were referred to a private hospital in Rajkot for further treatment. 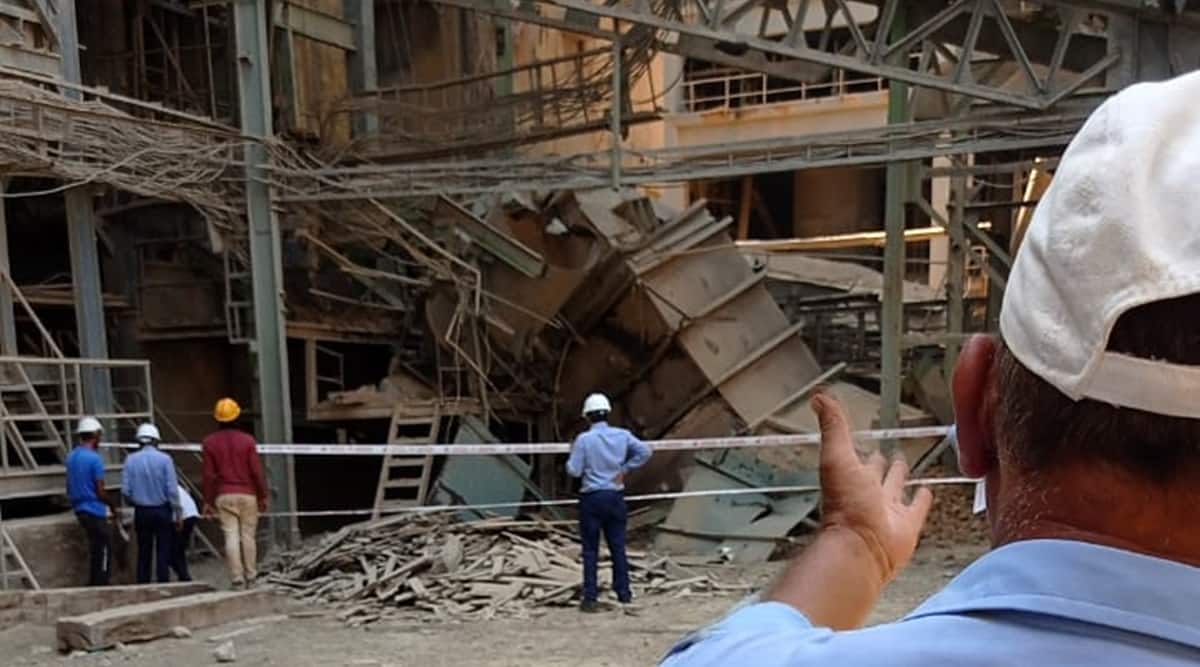 An engineer and a welder were killed while another engineer, a fitter and a helper were injured after a bucket conveyor system collapsed on the team that was carrying out maintenance work at Saurashtra Chemicals division of Nirma Group in Porbandar Wednesday. The third such accident at the Nirma factory in Porbandar in less than a month has killed four workers in total.

Police said the accident took place between 11:45 am and 12 pm Wednesday when chief engineer Hiren Agrawat, engineer Mehul Valiya, fitter Bharat Pandavadra, helper Jayesh Joshi and welder Pratap Odedra were carrying out maintenance work in the bucket conveyor system of a kiln called K-12. “One of the buckets of the conveyor system fell on Agrawat, killing him on the spot. The welder was also hit by metallic objects in the head and sustained serious injuries. The other members of the team, too, were injured,” said police inspector Hasmukh Dhandhaliya, in-charge of the Kamlabaug police station in Porbandar. 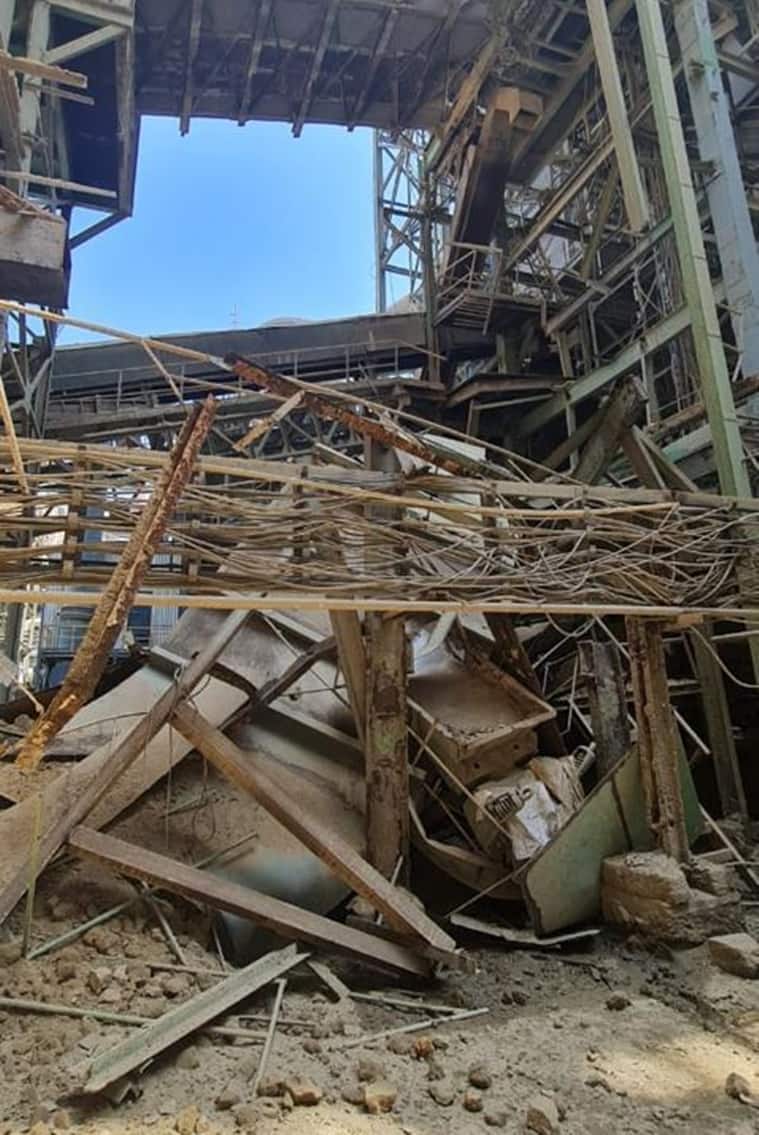 The injured were first rushed to a hospital in Porbandar town. Later on, Joshi and Odedra were referred to a private hospital in Rajkot for further treatment. However, Odedra succumbed to his injuries while undergoing treatment at the Rajkot hospital, said JM Dwivedi, deputy director of industrial safety and health (DISH) of the Junagadh region, which also covers Porbandar.

The series of accidents began on September 17 as two workers were injured while carrying out maintenance work of a coal conveyor system in plant K-9. One of the workers had succumbed to his injuries eventually.

“After that accident, we had ordered the suspension of operations at the plant and asked the operator to assess the stability of all bridge structures in the factory and strengthen them wherever it was required. Accordingly, the operator had shut down operations and started out maintenance and assessment work. During this work, a worker died on October 2 due to head injuries, despite wearing a safety helmet, after an iron pipe fell on him. That accident was apparently caused due to a mistake by a fellow worker. Today, when the maintenance and strengthening work was on, the D-bin conveyor in the kiln collapsed leading to the deaths,” Dwivedi, who rushed to the factory after Wednesday’s accident, told The Indian Express.

Sources said the bucket conveyor system feeds sized limestone to a kiln for processing it into soda ash.

Porbandar district collector AM Sharma said the accident took place despite the same factory having hosted a seminar on industrial safety and health. “After a series of industrial accidents in the district, including the collapse of scaffolding inside the chimney of Saurashtra Cement Ltd, we had asked DISH (directorate of industrial safety and health) to sensitise stakeholders about industrial safety. Accordingly, a seminar was organised on the premises of Nirma factory. It’s unfortunate that the accident took place in that very factory again,” the collector said. The scaffolding collapse at Saurashtra Cement Limited had killed three workers.

Executives of Nirma declined to comment on the accident.

Nirma manufactures soda ash from bauxite at its Porbandar plant. However, Dwivedi said the plant was around 60 years old and that a safety audit was in progress.

The Kamlabaug police inspector said they were in the process of registering an offense in connection with Wednesday’s accident.