Chhath Puja is tied to politics in the capital – the festival is celebrated by Purvanchalis, who constitute over 30% of the city’s population. 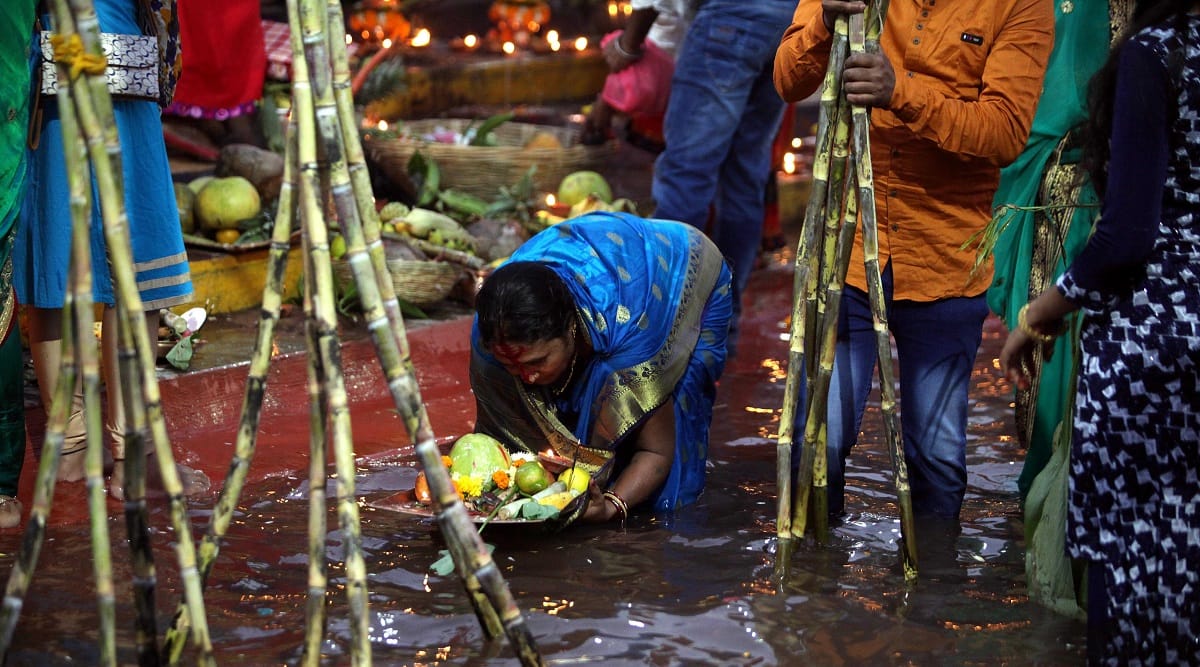 BJP MP from Northeast Delhi Manoj Tiwari will be taking out rath yatras in areas with a sizeable Purvanchal population to seek their feedback on holding Chhath Puja in the capital. The decision comes days after he had said he would defy the Delhi Disaster Management Authority’s order and hold Chhath Puja at city ghats.

The DDMA had issued guidelines saying that no Chhath celebrations will be allowed at public places and riverbanks in the national capital, and fairs and food stalls will not be permitted during festivals. Lieutenant Governor Anil Baijal is the chairperson of the DDMA.

Tiwari said, “The Delhi government has allowed swimming pools to open but banned Chhath puja. The Purvanchali community will not tolerate this at any cost.”

After Tiwari said he would defy the order, Chief Minister Arvind Kejriwal had appealed to rival leaders to “not do politics” over Chhath Puja, even as he asserted that the restrictions imposed on its celebrations at riverbanks and other public places were for the safety of people amid the ongoing Covid-19 pandemic.

“We also want that life should be back on track, and Chhath Puja should be celebrated with much festivities. People offer ‘arghyas’ (to the Sun God) in the evening and the next morning by entering a waterbody. But there is a large risk involved in it; even if one person is infected with coronavirus, he or she can spread to everyone else around him through medium of water,” he had said.

To which Tiwari said, “The Kejriwal government has allowed opening of swimming pools where people stay in water for hours in groups. When so many people using swimming pools for hours can’t spread Covid, then how can Chhath puja celebrations in which devotees get into the water only for some time spread Covid?”

Bakshi said the government can “enforce Covid precautions which Chhath puja samitis would obey… Nearly 2 crore people have been vaccinated so there is no need to stop the festival.”

He added that after the yatra, a delegation of samitis would meet L-G Baijal and try to meet CM Kejriwal to convince them to grant permission.

Chhath Puja is tied to politics in the capital – the festival is celebrated by Purvanchalis, who constitute over 30% of the city’s population. People from Eastern UP and Bihar are believed to be in the majority in 16 of 70 Assembly seats in the capital, as per a survey by the Centre for the Study of Developing Societies.

Before the pandemic, both the AAP-led Delhi government and BJP’s MCD leaders would spend large sums on Chhath ghat preparations.

Perceived as a Congress vote bank earlier, Purvanchali voters shifted to AAP in large numbers during the 2015 Assembly elections when 13 leaders with a Purvanchal background had won. The BJP had in 2016 appointed Tiwari, who comes from Bihar, as state president of the Delhi unit – till then dominated by Punjabi and Bania leaders – to attract these voters.

‘Movement to save water bodies need of the hour’

’Only 6 Rohingyas left in the last camp in WB’

The Taliban vowed no revenge. One Afghan family tells a different story