Donga, Kotadiya and others were booked under GCTOC Act in November last year after the gang allegedly created a crime syndicate in Rajkot and Surendranagar. 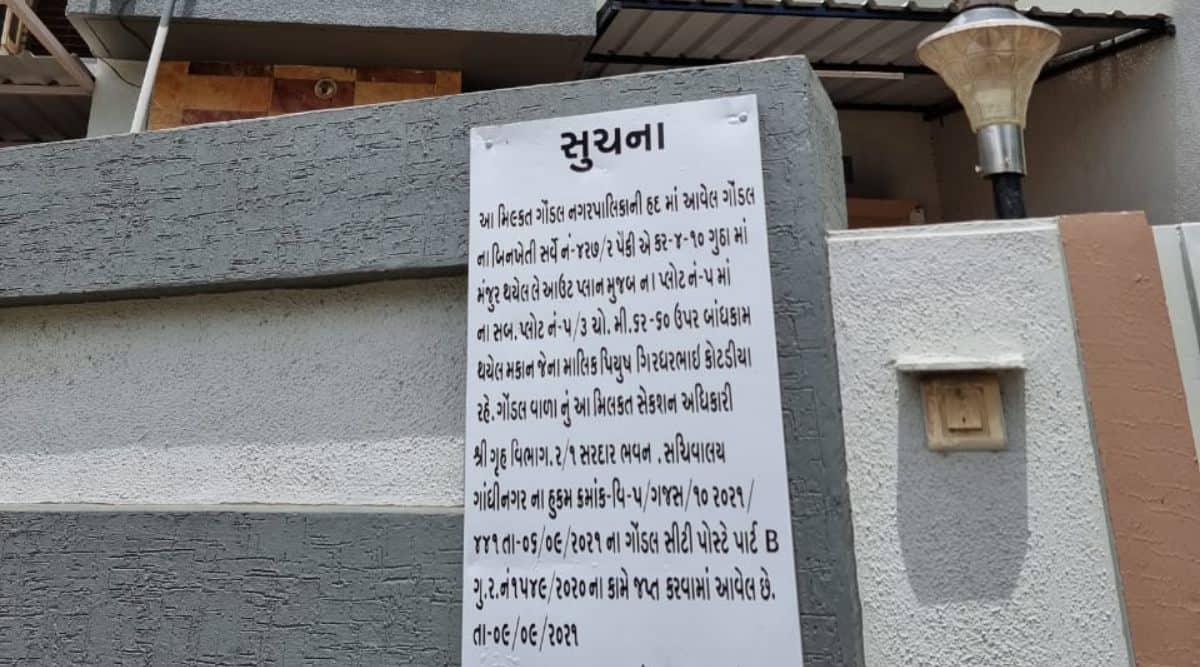 Rajkot Rural police Thursday attached an industrial plot and residential premises belonging to Piyush Kotadiya in Gondal taluka, claiming that Kotadiya, who has been booked under the Gujarat Control of Terrorism and Organised Crimes (GCTOC) Act, had purchased these assets from money generated by criminal activity of his gang leader Nikhil Donga.

Donga, Kotadiya and others were booked under GCTOC Act in November last year after the gang allegedly created a crime syndicate in Rajkot and Surendranagar. Despite knowing that Donga was facing serious charges such as murder and was lodged in Gondal sub-jail, Kotadiya used to meet him frequently, police said.

“Piyush Gordhanbhai Kotaiya, a resident of Gondal, had purchased the assets using the money collected by Donga through his criminal activities,” Balram Meena, superintendent of police of Rajkot Rural, stated in a release.

Meena said that CID (crime) had appointed a chartered accountant to analyse financial transactions by Donga and aides. Based on the report, Rajkot rural police forwarded a proposal to additional chief secretary (ACS) home department to attach Kotadiya’s industrial plot worth Rs 29.67 lakh in Veraval village and a house of market value Rs 34.77 lakh in Gondal town. “This is the first property attachment under GCTOC Act in Gujarat,” Sagar Bagmar, the assistant superintendent of Rajkot Rural police, said.

Maharashtra can get new engineering colleges for 2019-20