The court had on September 8 granted bail to five accused and observed that “the sole act of protesting” cannot be used as “a weapon to justify the incarceration” of those exercising this right. 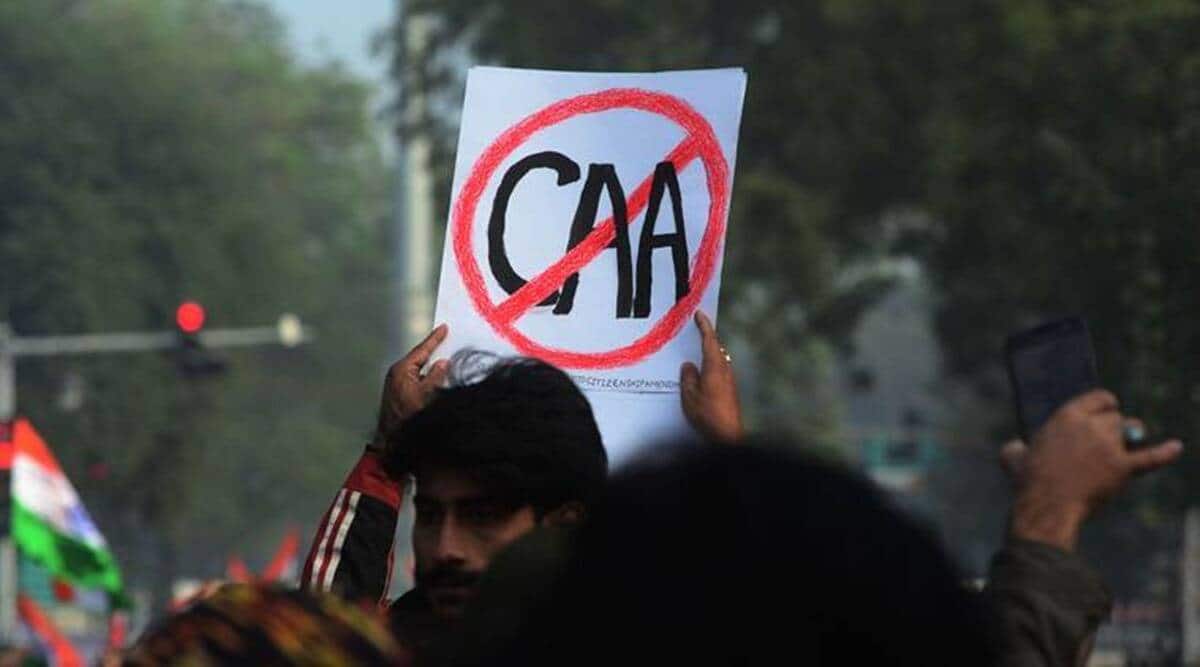 The Delhi High Court Tuesday granted bail to two persons and denied relief to two others arrested last year by the Delhi Police for allegedly being part of an anti-CAA protest during which head constable Ratan Lal was killed.

The court, in separate orders, observed that an accused being part of the protest was not a sufficient ground to refuse bail, but an overt act of stone pelting by a member of the mob justifies invocation of murder charge against someone who is not merely a curious onlooker. It was alleged that they were among protesters who had assembled near the Chand Bagh and 25 Futa Road on February 24, 2020.

The court had on September 3 granted bail to five accused and observed that “the sole act of protesting” cannot be used as “a weapon to justify the incarceration” of those exercising this right. The court had delved into the legal question — if an offence of murder is committed by an unlawful assembly, should each person in the unlawful assembly be denied the benefit of bail, regardless of their personal role or aim of assembly.

Justice Subramonium Prasad, in the orders passed Tuesday, said that the Supreme Court has held that once an individual is deemed to be a part of an unlawful assembly, it would not be open to the courts to acquit some members on the ground that they themselves did not perform any violent act. However, the bench also said that the apex court has held that conduct of the accused during their participation in that assembly must be examined.

Dismissing the bail applications of Sadiq alias Sahil and Irshad Ali, Justice Prasad in separate bail orders said they have been seen on multiple CCTV footage, carrying a danda. The court said the fact that Sadiq “actively participated and pelted stones at the police officials at the scene of crime” justifies the invocation of Section 149 IPC read with Section 302 IPC in the case.

“The clinching evidence that tilts this court to prolong the incarceration of the petitioner is his presence in the Vishal Chaudhry video, wherein he is clearly identified at the scene of crime using a stick to beat uniformed police officials who are present around him,” the court said in Irshad Ali’s bail order.

It made a similar observation in Sadiq’s bail order, saying that he held a danda in one hand and pelted stones with his other hand “at uniformed officials who at present around him, and are heavily and hopelessly outnumbered”.

Granting bail to Shehnawaz, the court said it has been 17 months since his arrest and added: “It is the Constitutional duty of the Court to ensure that there is no arbitrary deprivation of personal liberty in the face of excess of State power.” The court said he cannot be kept in custody only on the basis of the disclosure statements.

The court, while granting bail to Mohd Ayyub, said that video footage wherein he is seen does not indicate whether he was a part of the unlawful assembly. The identification done by police officials in their statements is a matter of trial, it added.

“Additionally, merely being one of the organisers of the protest as well as being in touch with others who participated in the protest is also not sufficient enough to justify the contention that the petitioner was involved in the pre-planning of the alleged incident. This court has already opined that the right to protest and express dissent is a right which occupies a fundamental stature in a democratic polity, and therefore, the fact that the petitioner was part of the protest is not a sufficient ground to refuse bail to him,” the order reads.

India vs Oman Football Live Streaming, FIFA World Cup 2022 Qualifiers: When and where to watch

Karthi and Lokesh Kanagaraj to reunite for ‘Kaithi 2’