This figure was revealed by the education department in reply to an RTI (Right to Information Act) application filed by Swarn Singh Kamboj, president of UT Cadre Educational Employees' Union, who has been following up the case of deputation since 2014. 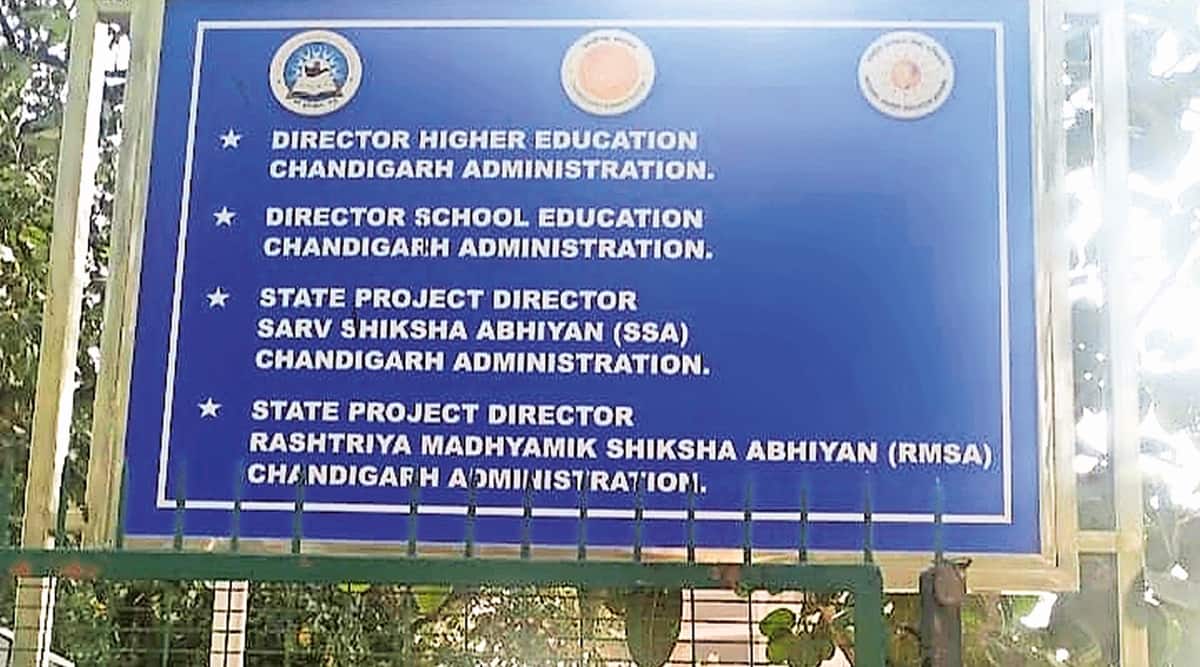 Such is the lure to live in City Beautiful that many of those who came on deputation in the education department from Punjab and Haryana never returned and retired from here only.

While there are several remote areas in Haryana and Punjab which really need teachers, over 650 of them continued to relax in Chandigarh. This figure was revealed by the education department in reply to an RTI (Right to Information Act) application filed by Swarn Singh Kamboj, president of UT Cadre Educational Employees’ Union, who has been following up the case of deputation since 2014. However, his complaints have gone unheard.

Chandigarh Education Secretary S S Gill did not respond to queries sent by The Indian Express.

A query was sent to the public relations department to get Gill’s version but there was no response. Later, a query to UT Adviser Manoj Parida too went unanswered.

In what the UT Cadre Educational Employees Union calls a big scam, these teachers or principals have remained in Chandigarh throughout their service.

The Indian Express, which has highlighted how favourites are overstaying in UT Administration and Municipal Corporation after coming from their parent state, highlights just a few of these cases.

A History teacher from Haryana came on deputation on March 6, 1999, and is due for retirement this year from UT itself.

Sanskrit teachers who came from Punjab and Haryana are due for retirement or retired recently.

Veena Kumari deployed in Government High School, Sector 47, joined the administration on deputation on July 7, 1994, and went only after retirement in February 2018, that is after almost 25 years of service in Chandigarh.

Likewise, Avinash Sharma came on deputation and joined the Sector 26 Government School on March 14, 2002. His retirement is due on December 31, 2026. He came from Haryana. He spent his entire teaching life not in Haryana where the state requires teachers in remote areas but in a plush city like Chandigarh.

Similar is the case with Manoj Kumar, another teacher who came on deputation on October 24, 2003, and hasn’t seen his parent state even once. He is due to retire in 2026.

A teacher, Veena Sharma, who joined Chandigarh on deputation in 2007 continues to enjoy the plum posting in Chandigarh and is due for retirement on February 28, 2023.

Even drawing teachers have been working on deputation for ages. A teacher from Haryana, Sukhbir Kaur, who taught drawing in Government Medical Senior Secondary School, Sector 44, came on deputation on September 24, 2009, and she retired only last year from Chandigarh itself.

Another teacher who teaches PTI, Pardeep Kaur, joined on deputation in 1995 and never went back. She retired on April 30, 2013, from Chandigarh itself.

‘THEY ALL USE SIFARISH’

“While the states of Punjab and Haryana are facing an acute shortage of government school teachers, it’s a foolish idea to send their teachers on deputation, who come to Chandigarh to never go back. The outdated policy of deputation is a sham, it serves no purpose except accommodating the favourites of high-ranking officials and politicians. Instead, teachers of UT cadre should be given due promotions and fresh recruitments should be made locally, which will lead to generation of employment for the youth of Chandigarh. Teachers and principals from Punjab and Haryana who come to Chandigarh on deputation tend to stay back till retirement, using all sorts of tactics — or ‘sifarish’ I will say,” said Nitin Goyal, president of Chandigarh Parents’ Association.