The police have said children will not be allowed to enter pandals, and appealed to people to maintain all Covid-19 protocols such as wearing masks and maintaining appropriate social distance. 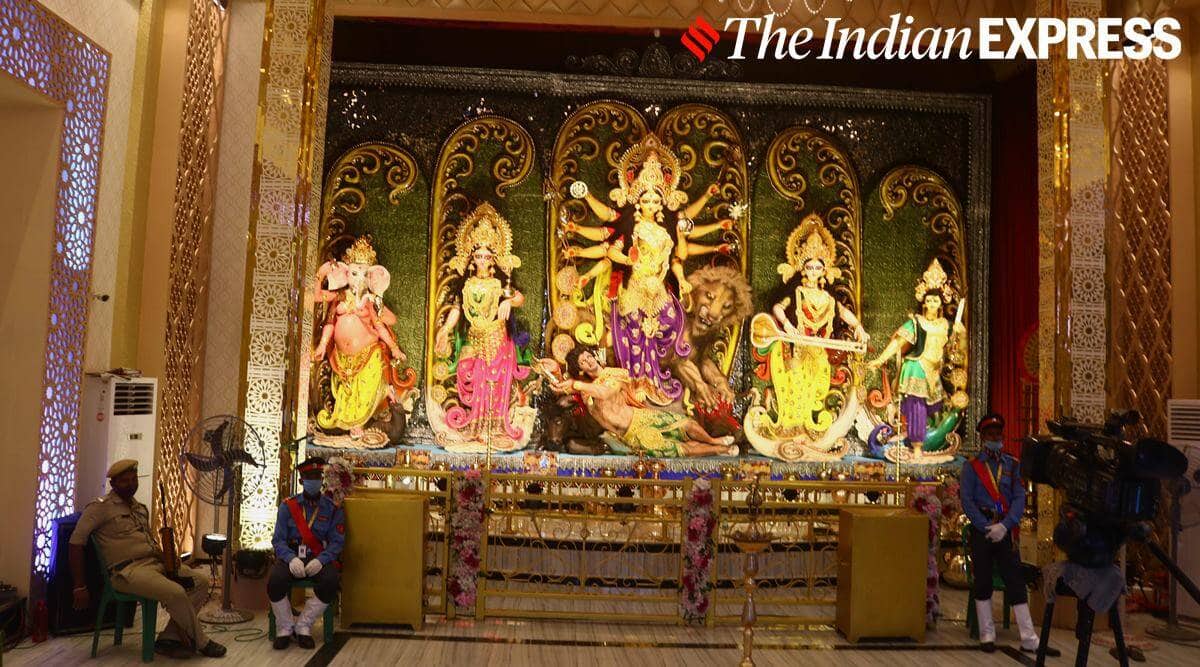 Launching his department’s 2021 Puja Guide Map, Kolkata Police Commissioner Soumen Mitra on Friday said more than 5,000 police personnel would be deployed to handle the crowd during next week’s festivities. The city is almost in a carnival mood, with several big Puja pandals having already been inaugurated.

After launching the guide map and a traffic bulletin at an event at the Lalbazar police headquarters, Mitra told reporters that the traffic situation in the city had improved over the past year. He noted that there had been fewer road accidents. The city police chief said his department would follow the Calcutta High Court’s orders on strictly maintaining Covid-19 protocols during the celebrations. Only those who have received both vaccine doses will be allowed to enter pandals this year while Puja committees can organise traditional Durga Puja rituals such as “Sindur Khela” and “Anjali”. These rituals had been prohibited last year to prevent large gatherings. The police said that as per the court’s latest guidelines, at a time 45-60 people would be allowed to enter big pandals while 10-15 people would be allowed to go inside smaller pandals.

With night curfew having been withdrawn during the festivities, the police have to maintain night-long vigils on the streets like before. The police have said children will not be allowed to enter pandals, and appealed to people to maintain all Covid-19 protocols such as wearing masks and maintaining appropriate social distance.

Addressing puja organisers at one of the pandals, the chief minister urged people to follow Covid-19 protocols during the festivities.
“I would urge the people to please follow all Covid-19 guidelines during Durga Puja. Please wear masks while visiting pandals. Do not let your guard down in this festive season,” Banerjee said at Samaj Sebi Sangha.

Delhi’s cinema halls set to reopen today: All you need to know

Police to the rescue: arrange hearse to transport body