The estate and town development department of the AMC issued notices to 42 hospitals and nursing homes, while the health department cancelled Form ‘C’ or the registration of these hospitals. 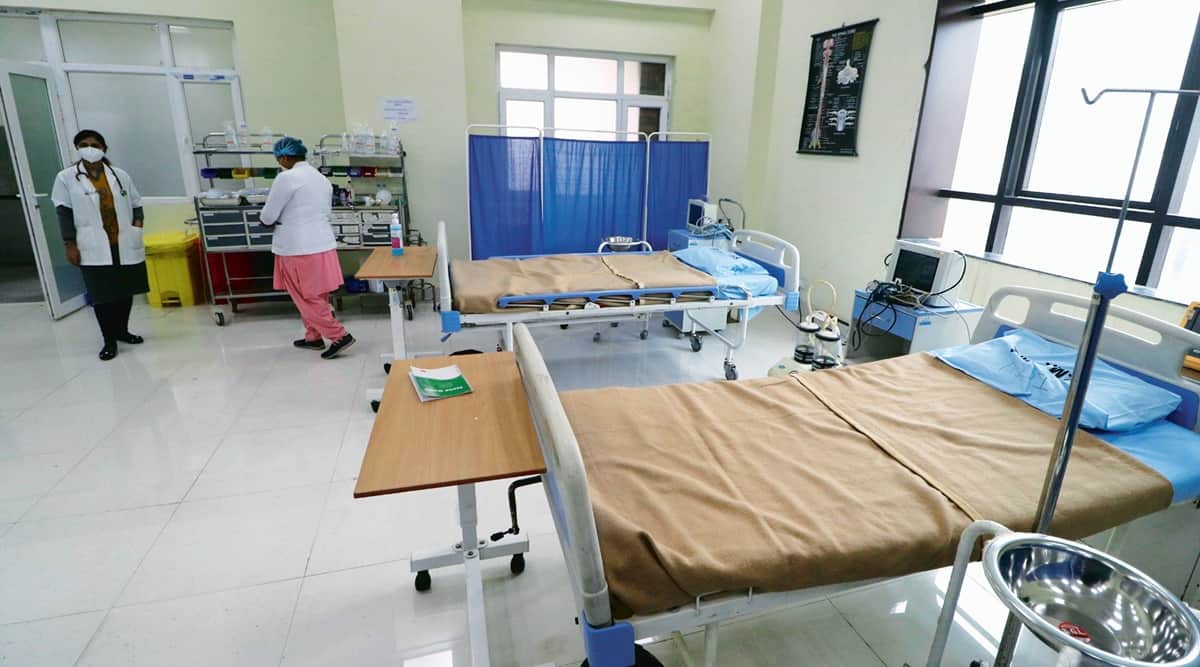 Following a Supreme Court order that had stayed a state notification granting time until next year for buildings in violation of building control regulations, the Ahmedabad Municipal Corporation (AMC) on Monday issued notices to 42 private hospitals and nursing homes to seal these premises within seven days along with cancellation of their registration.

The estate and town development department of the AMC issued notices to 42 hospitals and nursing homes, while the health department cancelled Form ‘C’ or the registration of these hospitals. Through a written order, the hospitals have been asked to shift their patients to other hospitals and not admit any new patient, stated an AMC statement.

“The action was taken after receiving the copy of Supreme Court’s order. The notice issued to 42 private hospitals and nursing homes without BU and fire safety permission clearly states that they cease to operate and cannot admit any new patient. However, keeping in mind the patients admitted at the hospital, these are given a week’s time to shift patients to other hospitals,” Deputy Municipal Commis-sioner Praveen Chaudhary told The Indian Express.

The SC, in an order dated August 27 in a suo motu litigation pertaining to fire safety in hospitals, had held in abeyance the state government’s notification dated July 8 this year that gave hospitals and nursing homes time till March 2022 to comply with the BU norms.

The July 8 notification issued by the Gujarat Urban Development and Urban Housing Department stated that buildings without valid building use permission, and/or are in breach of BU and/or have violated development control regulations shall be exempt from complying with the building control regulations for three months from the last date of the applicability of the Gujarat Epidemic Diseases Covid-19 Regulations 2020, which is December 2021. The state had also protected the erring buildings from coercive action as well.

While staying the state’s notification, the Supreme Court had observed in its order, “Granting exemptions from complying with development control regulations which are made in the public interest to promote the health, safety and welfare of citizens defeats the letter and purpose of the legislation. Condoning the gross irregularities in constructing buildings which do not have building use or, as the case may be, fire permissions, has resulted in violation of the law to the detriment to public health as is evident from the incidents of fire which have taken place both in Rajkot and Bharuch…”

The AMC has stated that if the hospitals fail to close down by itself after seven days, the AMC will proceed with legal action and seal the buildings. These hospitals are located in Navrangpura, Sabarmati, Maninagar, Ambawadi, Isanpur, Vejalpur, Nava Vadaj, Vasana, Bodakdev, Juhapura, Sarkhej and Usmanpura among others.

All these 43 nursing homes and hospitals were parties to the appeal in Gujarat High Court and Supreme Court, who had sought the court’s protection from coercive actions owing to failure in complying with buildings norms and regulations.

“As and when we get information of hospitals without BU and fire safety NOC, we will cancel the Form C and issue notices. Today’s names have been disclosed to the public at large that registration of these hospitals and private nursing homes has been cancelled,” DyMC Chaudhary added.

As per The Bombay Nursing Homes Registration Act 1949, the private hospitals and nursing homes have to get registered under the health department which issues form ‘C’.

Private hospitals and nursing homes in Ahmedabad were issued notices asking them to get BU permit and fire safety certificate. The hospital managements and Ahmedabad Medical Association appealed against this notice in the Gujarat High Court.

On June 3, a petition filed by Ahmedabad Medical Association (AMA) and its 44 members seeking relief from sealing of the premises of their hospitals or clinical establishments by Ahmedabad Municipal Corporation (AMC), owing to absence of fire safety NOC and/or building use (BU) permit, was dismissed by the Gujarat High Court, on the ground of being vague and not being maintainable. Following this, an appeal was made in the Supreme Court, where the bench found prima facie no merits to the appeal and refused to interfere with the Gujarat HC’s order.

One killed, four injured in house collapse in Nagpur

IPL 2020: ‘Chris Gayle was going to play today’ – Anil Kumble reveals why it changed at the last moment against SRH