Officials said four cases so far have been linked to a Noida fire safety firm that was visited by a British national for an audit earlier this month. 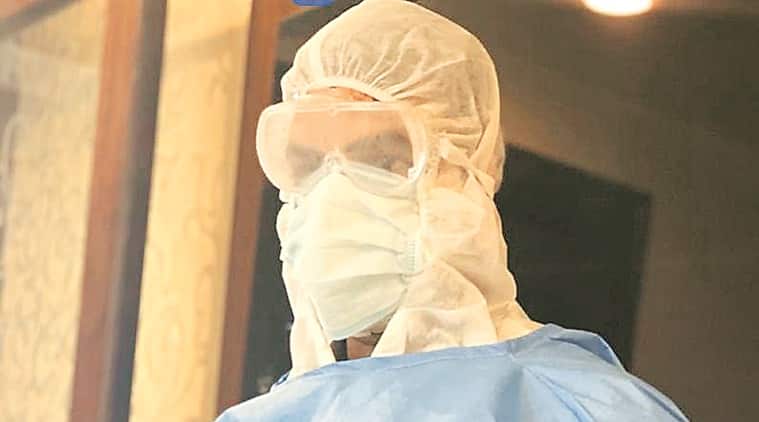 Three persons in Noida and two in Ghaziabad tested positive for coronavirus Friday. Till Friday evening, Noida had 18 cases, the highest in UP, while Ghaziabad has five cases.

Officials said four cases so far have been linked to a Noida fire safety firm that was visited by a British national for an audit earlier this month. Two employees of the same firm tested positive earlier this week. The office has been closed for sanitisation.

A 55-year-old woman and her 33-year-old daughter-in-law, residents of Noida Sector 137, are among those who tested positive. One of their family members works at the Noida firm. Officials said the family member’s sample was negative and suspect he may have acted as a carrier.

Another patient, a 36-year-old resident of Greater Noida who works in the same company, is believed to have been in direct contact with the British national.

“The woman and her daughter-in-law tested positive. The source of infection can be traced to the firm. The third positive patient is also an employee at the same firm. Two other persons have checked at a private lab, we are cross-checking those samples,” said CMO Dr Anurag Bhargava. The administration has sealed the societies where the patients live in Sector 137 and Greater Noida’s Omicron 1.

Sources said the two Ghaziabad residents who went to a private lab tested positive. The district health department will send their samples to the government testing centre for a to confirm, said officials. “One of the patients has a travel history to Dubai. The other patient came in contact with officials in the Noida firm. Both have been admitted at isolation wards,” said Ghaziabad CMO Narendra Gupta.

Officials said societies in Vaishali and Shalimar Garden have been sanitised and the medical department is conducting a door-to-door survey to trace immediate contacts of the positive patients.

Residents have been advised to not step out as the sanitisation and screening process has begun.

Students’ day out at Incois

Deepika Padukone slams a male star who said, ‘Didn’t have luxury to be depressed’ | Bollywood Life