DGP Ranjan made a mention of Thursday night's incident in which a UT police constable, Sikandar Singh, was booked for allegedly damaging a car and yielding his gun in an inebriated condition in the city of Mohali. 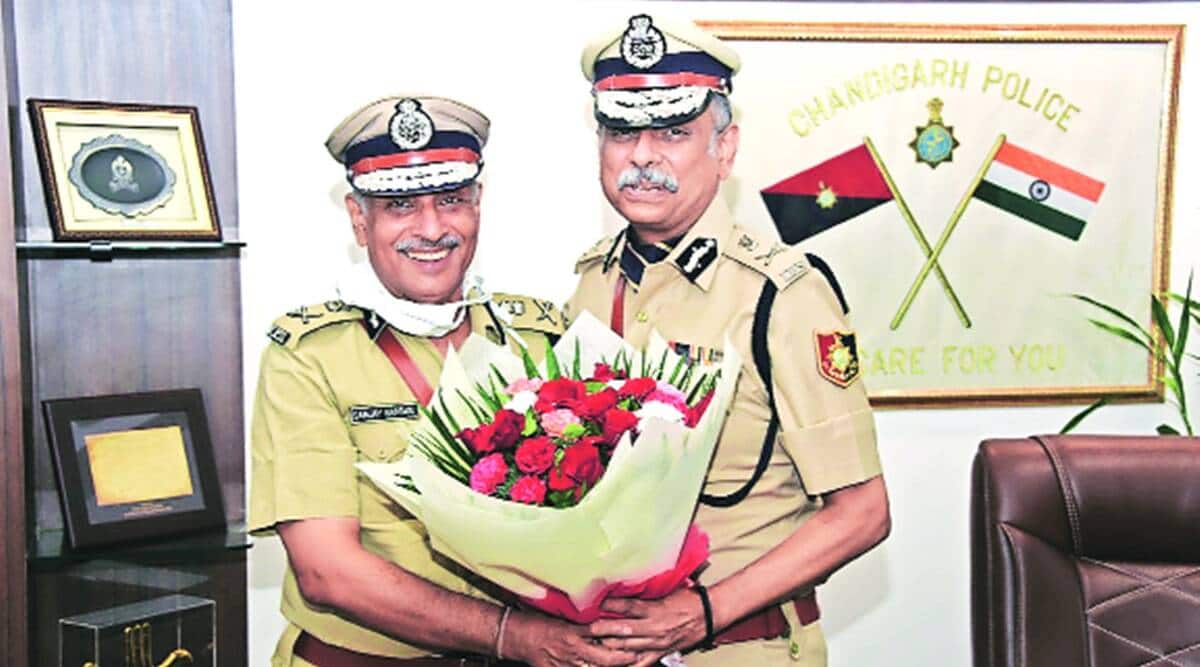 IN HIS first interaction with police personnel in the ‘Sampark Sabha’, DGP Praveer Ranjan on Friday spelled out that he will not tolerate any indiscipline in the force and all such acts of insolence will be dealt with an iron fist. The Sampark Sabha was held at the Multipurpose Hall in police lines, Sector 26.

DGP Ranjan, who was addressing around 350 police personnel from all units, made a mention of Thursday night’s incident in which a UT police constable, Sikandar Singh, was booked for allegedly damaging a car and yielding his gun in an inebriated condition in the city of Mohali.

Ranjan, who addressed the force for almost 18 minutes, after hearing their grievances, stressed the need for changing their behavior towards general public. He said, “I have taken feedback from various sections of people in Chandigarh. Most of them suggested that was a need to change the behavior of police personnel towards the public in every field. Be it dealing with traffic offenders, dealing with people who come to police stations for lodging their complaints, or passport verification. Only the criminals should fear the police, not the general public. I will not tolerate anyone who associates with anyone who breaks the law in any form,” he said.

DGP Ranjan urged traffic police officers to exercise more patience while dealing with violators. He said, “We can take a lenient view towards motorists, who somehow do not possess their driving license, or RC, on them by chance.”

A traffic police officer, later, said, “The DGP wanted to tell us that we should crack down only in cases of visible traffic violations.”
On the grievances of various cops about the non-allotment of quarters to them, DGP Ranjan assured them that a government quarter complex is coming up and their problem will be sorted out. Some officers also raised the point of encroachments by various police personnel outside their allotted quarters in the police lines, Sector 26. The DGP also instructed all SHOs and sub-divisional police officers (SDPOs) to shift the old, impounded vehicles from their police stations to IRB Complex in Sarangpur and make reception corners in every police station.

The DGP issued instructions to ensure tea, snacks, and fruits for 4 hours, and a meal for 8 hours for all policemen on law and order duty, besides the provision of a tent, chair, table, dari, and mobile toilets for all male and female officers. A standing order was also issued to fix a timeline from seven to a maximum of 30 days for disposal of each service matter. The standing order issued will include timely promotion for everyone who win medals at the state, All India Police Games, and National level in sports, as per the list of national games.

Govt. should have taken a stand on Section 377: judge