Many may remember Cursetji as the CNS in whose tenure the Coast Guard was formed and the Navy took over the responsibility of maritime air reconnaissance and operations from the Air Force. 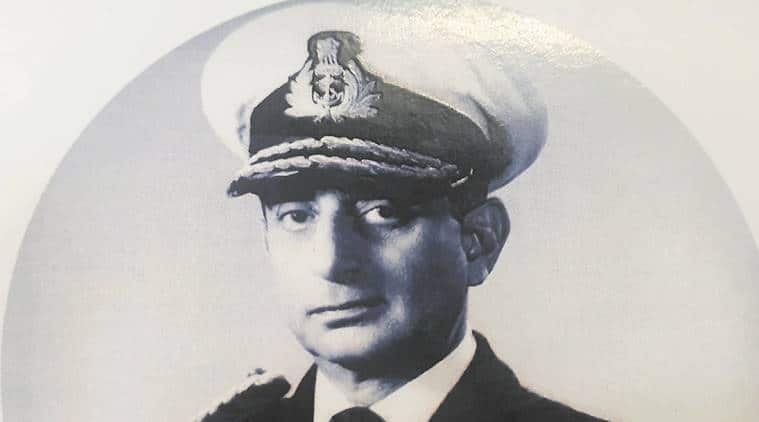 Among the many things remembered about Admiral Jal Cursetji, independent India’s ninth Chief of the Naval Staff (CNS), were his humility, awry sense of humour, love for jazz, a beautiful, cursive hand and his concern for the environment.

Many others may remember him as the CNS in whose tenure the Coast Guard was formed and the Navy took over the responsibility of maritime air reconnaissance and operations from the Air Force. He became the CNS on March 1, 1976, and was also the first Indian chief hydrographer to the government in 1955. Born in Jabalpur on May 20, 1919, Admiral Cursetji died in 1991.

On his birth centenary on Monday, a talk was held at the INHS Asvini Auditorium by the Western Naval Command. Commadore Srikant Kesnur, Director, Maritime Warfare Centre, spoke of the admiral’s legacy. He said Admiral Cursetji wrote a citation for every naval officer after the 1971 Indo-Pakistan War because he felt they deserved recognition but never took any credit himself.

Admiral Cursetji’s daughters Meher Cursetji Rafaat and Rashida Cursetji Mendu also shared memories of their father, who had also served as the Indian Defence Attache at Washington for three years, and on his return had declared everything, including his bottle of aftershave, to the Customs officer at the airport.

Mendu, who now lives in Los Angeles, said their father was strict about using his official car only for official purposes.

“When we lived in Delhi, we would get off our school bus and walk home in the scorching heat but instead of dropping us, he would drive past us in his official car waving as we walked,” she said. Vice Admiral Ajit Kumar, Flag Officer Commanding-in-Chief, Western Naval Command, also attended the programme.

In his closing remarks, Vice Admiral A B Singh, Chief of Staff, Western Naval Command, spoke of how the Indian Navy’s evolution as one of the leading in the world was due to contributions of visionaries such as the admiral.

Day 2 of Sawai Gandharva festival has it all: Restlessness, magic and harmony

In TN too arresting activists has become the norm