The newly discovered frog species were part of a research team's efforts in documenting 'Amphibians in the Deccan Plateau parts of Karnataka.' Their findings were published in the international journal Zootaxa. A type of burrowing frog discovered outside its natural habitat has been named after Bengaluru city.

Discovered in 2018 by Deepak P, an Assistant Professor at Mount Carmel College in the city, the amateur herpetologist had sent images of the frog to the Zoological Survey of India (ZSI). A phylogenetic study followed to confirm the discovery.

The team of researchers who named the frog species ‘Sphaerotheca Bengaluru’, say they want to highlight the gap in the documentation of amphibians from non-forested areas and the need for restoring frog habitats in Karnataka’s capital. The frog was found in a barren tract of land near Rajankunte, on the outskirts of Bengaluru.

The newly discovered frog species were part of the research team’s efforts in documenting ‘Amphibians in the Deccan Plateau parts of Karnataka.’ Their findings were published in the international journal Zootaxa.

“Amphibian discoveries in India have been rising in the past with most findings concentrated on the biodiversity hotspots of the country or at least forested landscapes with green cover. The new species was described based on the morphological differences and molecular approach with the known species of the burrowing frogs (across the distribution range, South Asia),” the team said.

Researchers are now hopeful that species of frogs can be found outside forests and even in cities that are highly populous.

Jantar Mantar slogans: Police say there is evidence of link between Ashwini Upadhyay and another accused

War hero and wife die within hours of each other, cremated on the same pyre

Special ballet on Gandhiji to be launched tomorrow 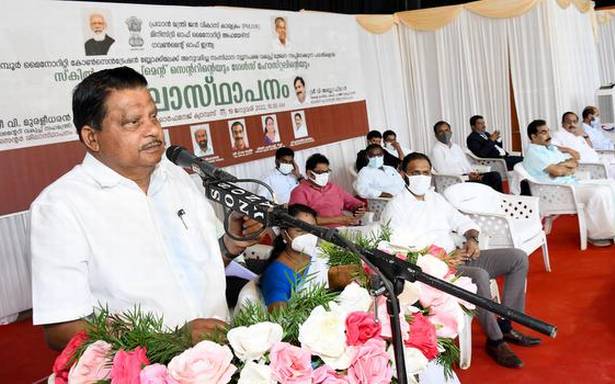