Akshat Gupta from Badaun underwent a rare dual lobe liver transplant at a private hospital in Gurgaon last month and is now back home. 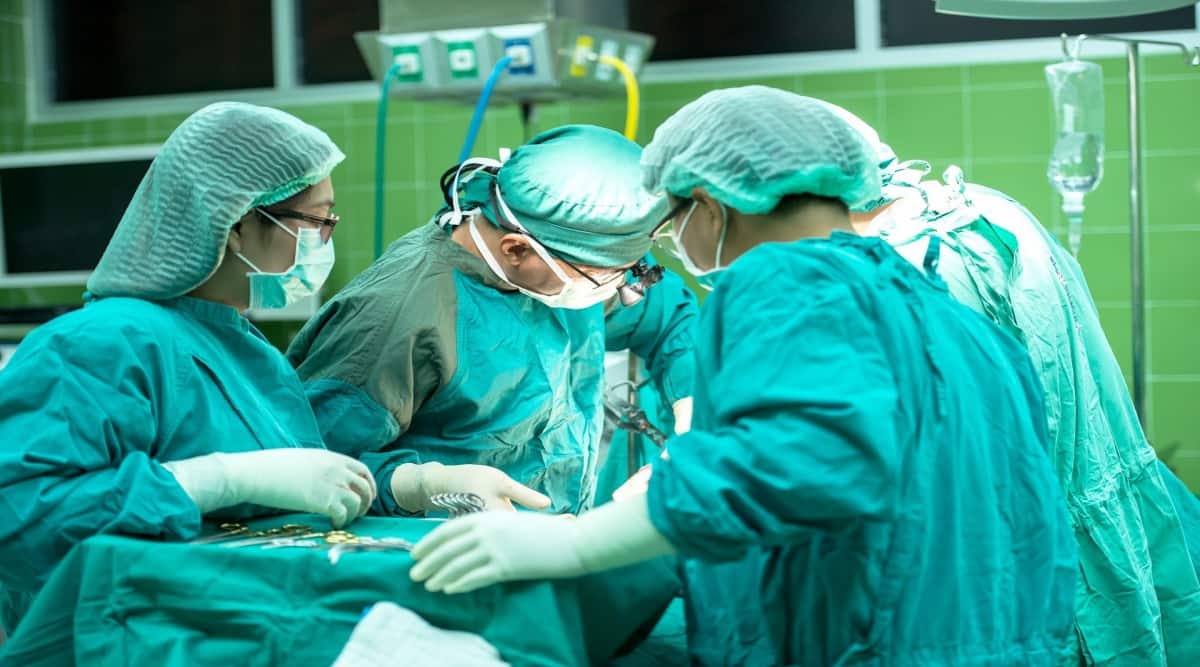 After tackling the difficult task of persuading their parents to allow all three of their children to undergo surgery, two sisters donated one half of their livers to save their 14-year-old brother who was terminally ill with liver failure.

Akshat Gupta from Badaun underwent a rare dual lobe liver transplant at a private hospital in Gurgaon last month and is now back home.

The teenager’s had condition turned critical after six weeks of suffering from jaundice and he was admitted to Medanta-The Medicity on July 6. His doctors said he was not expected to survive without an emergency transplant.

Dr Neelam Mohan, Director, Paediatric Liver Diseases and Transplantation, at the hospital, said: “When I had a three-way call with Akshat’s sisters and they shared his reports with me, his situation was deteriorating rapidly and there was a lot of fluid in his stomach… he had gained 10 kg of weight. There was swelling, he was restless. His bilirubin was very high, above 20. I asked them to shift him to the hospital immediately… By the time he came to the hospital, his complexion had darkened, he was having difficulty breathing, his weight was shockingly high… He needed to be stabilised immediately and a transplant needed to be conducted.”

His elder sister, 22-year-old Prerna, was in Delhi and ready to donate half her liver to him but doctors found that this did not meet the minimum donation requirement for the transplant. The case was complicated by the fact that Akshat, who had weighed 74 kg at the time that he had been diagnosed with jaundice, had rapidly gained weight to become around 92 kg.

Explaining the need for two liver donations, Dr Arvinder Soin, Chairman, Medanta Liver Transplant Institute, said, “For a successful transplant, it is essential that the newly transplanted liver weighs at least 0.8 to 1% of the patient’s body weight. In this case, a single donor liver half weighed only 0.5 to 0.55% of Akshat’s weight. Hence two liver halves were needed to make up the required liver volume.”

His eldest sister, 29-year-old Neha, who was living in Italy, rushed back to India to be part of the procedure.

“It was a moment of great anxiety for me, and I was very scared. It was very difficult to convince my father to let us go through with this, but my younger sister was very enthusiastic to give her liver after being counselled by doctors. I drew from that, and when I saw my brother in pain, I wanted to fulfil my responsibility towards him. I needed to show my love for him in this way,” said Neha.

The procedure itself is rare, and doctors at the hospital state that this was the first case of a paediatric dual lobe liver transplant in India. They state that his recovery, after 15 hours of surgery, was successful.

Now that Akshat is back home, all that his mother said was, “I got all three of my children back, I am very thankful about that.”

Power to Pampa to be restored soon: Minister