On Monday morning Indianexpress.com visited Disha Ravi’s house Chikkabanavara, about 25 km from Bengaluru City, and saw the building was locked with two dogs inside. Neighbours said only Disha and her mother lived here. Some residents of Chikkabanavara, who live next to the house of Disha Ravi have alleged that proper procedure was not followed when the 22-year-old environment activist was arrested by the Delhi Police from Bengaluru on Saturday afternoon. However, local police have refuted the claims.

Speaking to Indianexpress.com, a neighbour said on condition of anonymity that at around 11 am on Saturday morning four persons, including two women, came to Disha’s house in a regular vehicle. “Around 3 pm we saw them taking Disha in a taxi. We were told they are from the Delhi Police and there were no local police personnel with them.”

The neighbour said he saw the Delhi Police taking away Disha who had also packed her laptop and mobile phone. He claimed Disha’s parents were not properly briefed about the reason for the arrest. 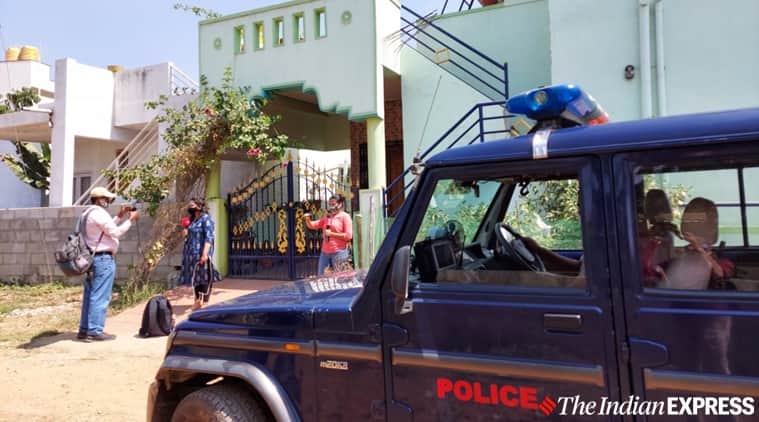 “Whoever came to detain Disha were all in casual dress. We know the local Soladevanahalli police personnel and can identify them. But those who came to detain her were not local people,” the neighbour said, adding that Disha and her family were living in this locality for the last three to four years.

Shiva Swamy CB, inspector at the local Soladevanahalli police station, countered that he was himself present on spot “when Delhi Police arrested her with all legal police procedures”. He added: “The Delhi Police had informed us a day before and came to the location. We also came here and detained Disha.” On Monday morning Indianexpress.com visited Disha Ravi’s house Chikkabanavara, about 25 km from Bengaluru City, and saw the building was locked with two dogs inside. Neighbours said only Disha and her mother lived here.

Friend Mukund Gowda, a member of various pro-environment groups in Bengaluru, told indianexpress.com that Disha was very passionate about the environment and was fighting about climate change and environmental issues. “Being an environmental activist, she was very resourceful and knowledgeable about the issues and would talk about it whenever we would meet.” 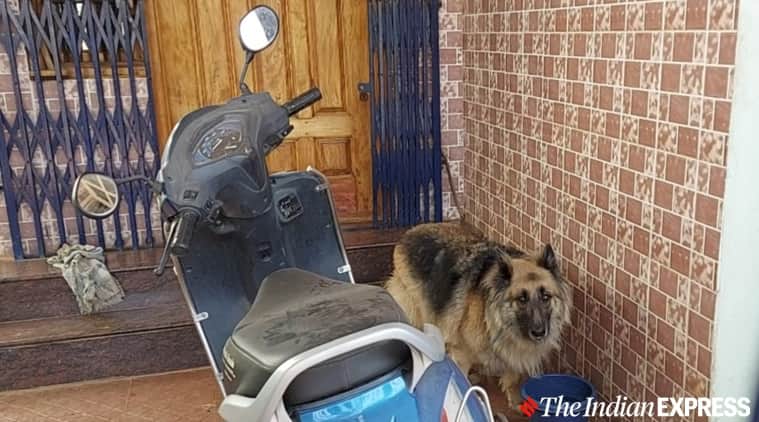 Disha is one of the founding members of the Indian chapter of Fridays For Future, the climate campaign Greta Thunberg launched by staging a protest at her school every Friday. After she was brought in from Bengaluru, a Delhi court remanded Disha in police custody for five days. The arrest is in connection with an FIR filed over the farmer’s protest toolkit tweeted out by Thunberg.

Differences in Cong. could spell trouble for govt.

Bengal: Gold with foreign markings, worth over Rs 2 crore, seized