Navjot Singh Sidhu travelled through the visa-free Kartarpur corridor that reopened after a gap of 20 months on November 18 ahead of Guru Nanak’s Gurpurab. 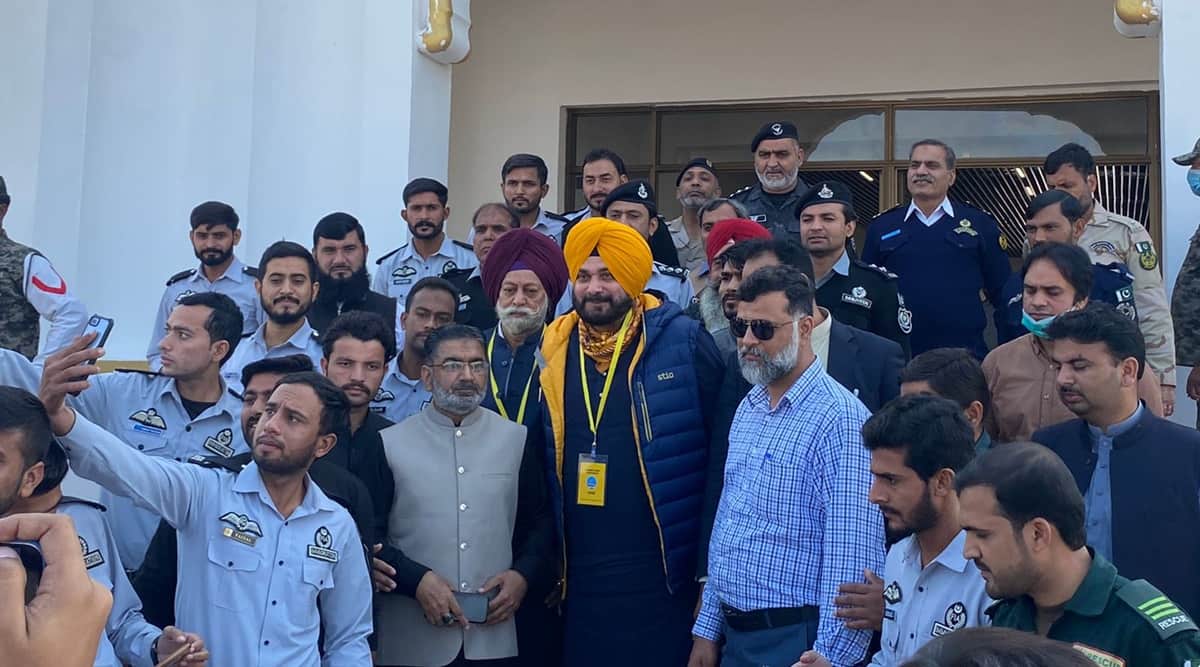 Punjab Pradesh Congress Committee chief Navjot Singh Sidhu on Saturday crossed into the Pakistan border to visit the Gurdwara Darbar Sahib after his name was left out of Punjab Chief Minister Charanjit Singh Channi’s entourage visiting the shrine on Thursday due to a “technical glitch”.

Sidhu travelled through the visa-free Kartarpur corridor that reopened after a gap of 20 months on November 18, ahead of Guru Nanak’s Gurpurab. The first batch of 28 Indian Sikhs, including women, had visited the Gurdwara Darbar Sahib in Pakistan on Wednesday by using the corridor on the first day of its reopening.

The Punjab Congress chief was greeted at the border by dignitaries of the Pakistan government on behalf of Prime Minister Imran Khan.

Earlier this month, on the second anniversary of the inauguration of Kartarpur Sahib corridor, Sidhu had visited Dera Baba Nanak and prayed for reopening of the corridor that was closed due to the Covid-19 outbreak.

He also paid obeisance at Sultanpur Lodhi, another holy place associated with Guru Nanak, on Friday.

Those trying to dilute nationalism active on campuses: Amit Shah