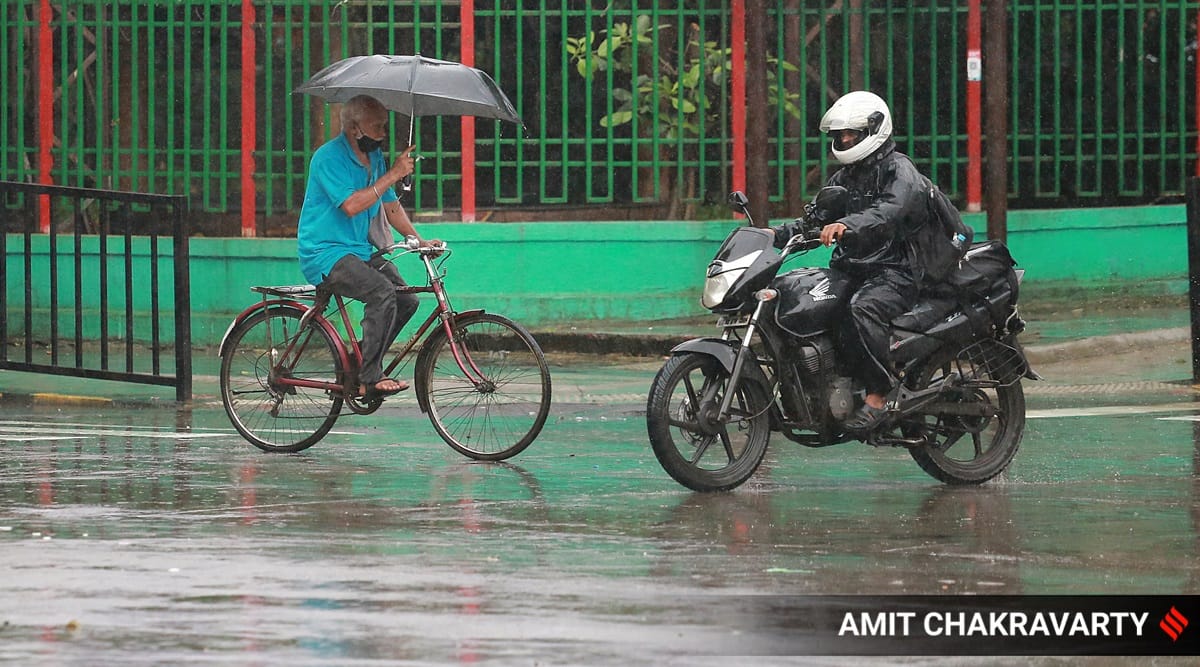 This monsoon, Mumbai has received 43 per cent more rainfall than average seasonal rainfall, according to the India Meteorological Department (IMD).

Due to rainfall brought in by the remnants of Cyclone Gulab this week, all the 36 districts in the state have recorded normal- excess-large excess rainfall this season.

Marathwada, which has been at the epicentre of drought, too, recorded excess rainfall since the onset of the southwest monsoon. Marathwada has recorded 49 per cent more rain than the seasonal average at 988.3 mm rain. Vidarbha region recorded 3 per cent excess rainfall than normal in the four months of the monsoon.

According to the revised dates, the monsoon will withdraw from Mumbai on October 8 against the usual date of September 29. In 2019, the monsoon withdrawal was delayed by 39 days. The 2019 monsoon was one of the longest ever, with the retreat termed as the most delayed one to commence over India.

What next in CBI-Kolkata Police case?