Earlier this year, members of the Maharashtra State Nurses Association had said that the government had announced three new medical colleges but an adequate number of nurses have not been appointed for them. 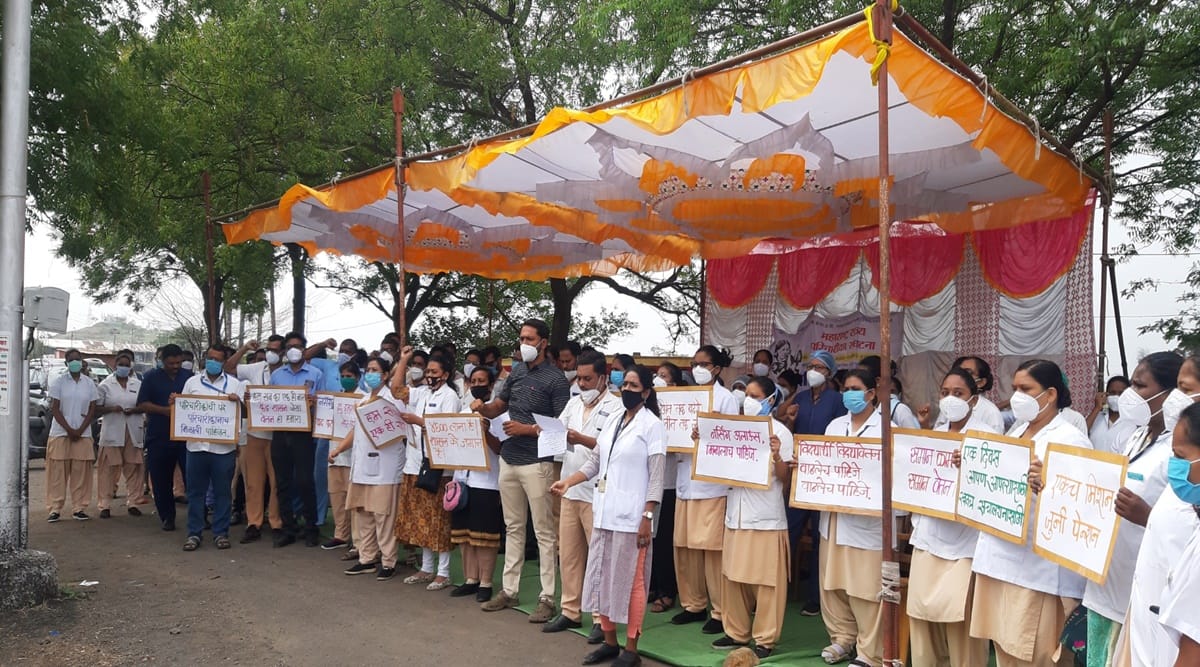 More than 6,000 nurses across state-run hospitals Wednesday went on a two-day strike to protest against poor wages, delayed promotions, long working hours and huge vacancies in hospitals. While the healthcare workers stayed away from routine wards and normal OPD work, they continued to report on emergency and Covid-19 duties.

In Mumbai, medical services at four state government hospitals, under the JJ Group, remained affected as 2,000 nurses did not report to work. Services at 19 medical colleges across Maharashtra were affected by the strike.

In a letter to the state government, the Maharashtra State Nurses Association, an association of over 6,000 nurses, said, “New departments are being opened with same manpower… (and) nurses are overworked but underpaid”.

Earlier this year, the association members said, the government had announced three new medical colleges but an adequate number of nurses have not been appointed for them.

Based on a Central government’s directive, the association has also demanded a monthly nursing allowance of Rs 7,200 for Covid-19 duty.

In September last year, nurses had gone on a strike over similar demands. “Back then, through video-conferencing promises were made by the medical education director. But even after nine months, they have failed to fulfil them,” Sumitra Tote, secretary of the association, said.

Manisha Shinde, a nurse based in Solapur, said Dr TP Lahane, the director of the Directorate of Medical Education and Research, had engaged in talks to resolve their issues. “But we did not reach an amicable solution. The protest will continue. We have another meeting with the state government tomorrow,” Shinde said.

Tote added that nurses are also demanding full salary if they get infected by Covid-19 and go on medical leave. A strong demand to appoint more class IV employees has been made so that nursing staff can focus on patient care. The healthcare workers have also demanded a job for their kin in case they succumb to Covid infection.

Sifting the chaff from the wheat