The MC imposed a fine of Rs. 20,000 for leaving stray animals in the jurisdiction of MC but now the fine was reduced to Rs. 5,000. 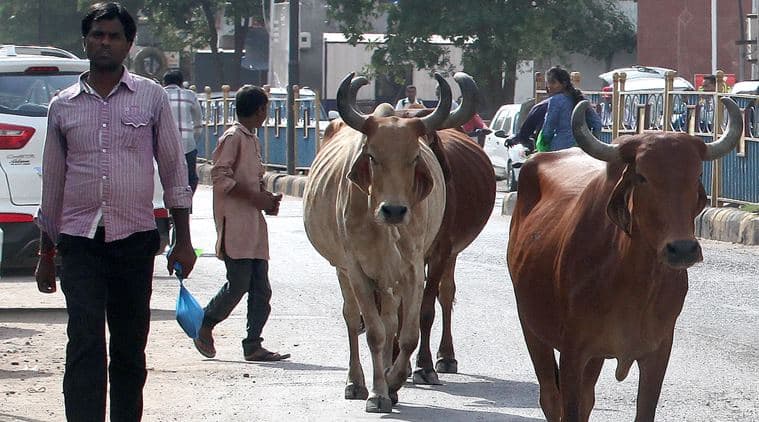 The councillors raised the issue of stray cattle menace in the city during the general House meeting and accused the Municipal Corporation (MC) of going slow on the issue. The councillors alleged that the MC staff was not trained to catch the stray cattle.

Meanwhile, the MC passed the agenda for reducing the rate of fine for leaving the stray cattle unopposed. The MC imposed a fine of Rs. 20,000 for leaving stray animals in the jurisdiction of MC but now the fine was reduced to Rs. 5,000. The reduction was proposed as the MC found that nobody came forward to take their animals which were caught by MC since February this year. MC caught as many as 332 animals in the last seven months.

SAD Councillor Harpal Singh Channa said that he had witnessed an incident few days ago when the MC staff was trying to catch some cows in Sector 66 but they were not trained for it and the cows could not be caught.

“The MC staff threw a rope on the cows and they fled. We demand that the staff must be changed as the present staff is not trained and is not doing anything to catch the stray cattle,” Channa said in the House.

BJP Councillor Bobby Kamboj also raised the issue and said that the MC failed to solve the issue and the MC must held the area councillors responsible for the problems being created by the stray cattle.

“I suggest that the MC councillors too must be booked, the problem had now became a menace in the city and it would create problems as the stray cattle are posing danger to the commuters everyday,” Kamboj added.

Mayor Kulwant Singh also formed a committee of three councillors consisting Arun Sharma of BJP, B B Maini of Congress and SAD’s Sukhdev Singh Patwari to look into the issue of giving the existing cow shed in Phase VI on lease. Three persons have applied for taking the cow shed on lease.

Business as usual at city markets despite bandh call

Engineer’s Day 2018: Why is it celebrated on September 15 in India?

Was suicidal till 25 years: A.R. Rahman