Despite the monsoon arriving before schedule over Pune and three days ahead over Mumbai, the rainfall here at the start of the season this year has been a subdued one. 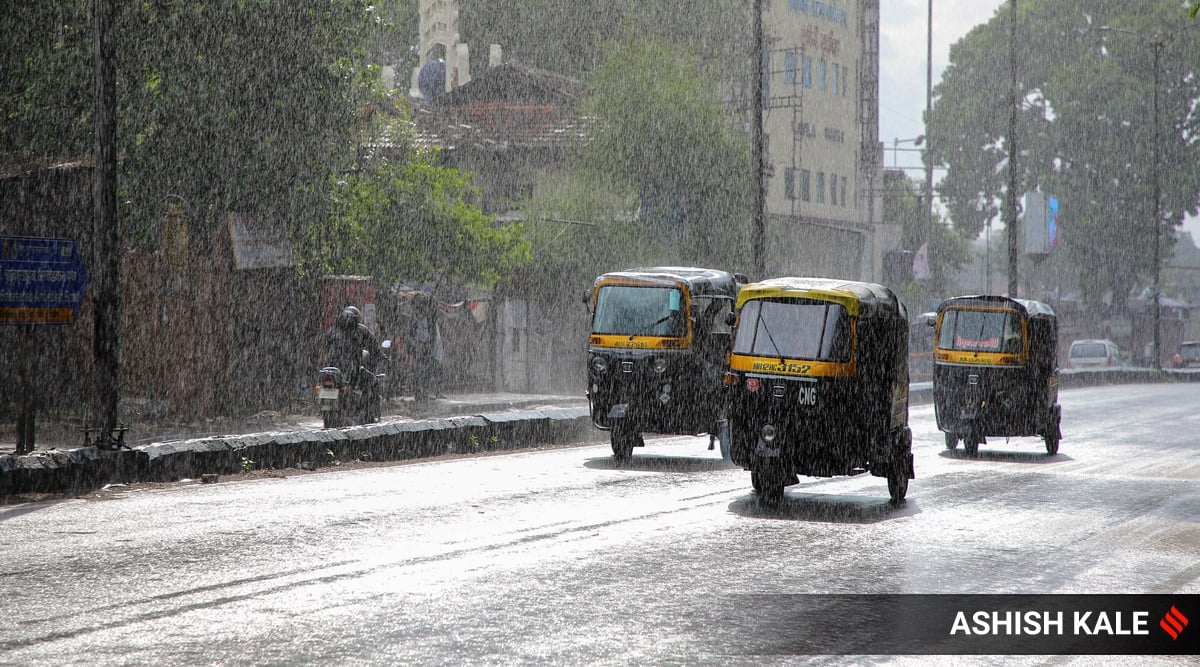 Two days ago, the southwest monsoon arrived over Mumbai and north Konkan with a bang. The 24-hour rainfall recorded at many areas along the coast, including Mumbai, ranged between 150 mm and 230 mm.

Despite the monsoon arriving before schedule over Pune and three days ahead over Mumbai, the rainfall here at the start of the season this year has been a subdued one. Between June 6 and 10, the city (Shivajinagar) recorded only 3.7 mm of rain.

Officials at the India Meteorological Department (IMD), Pune, said the city will continue to receive mostly moderate-intensity (15.6 mm to 64.4 mm in 24 hours) rain till the middle of next week.

“Rainfall over Pune city and over the district will be of light intensity (2.5 mm to 15.5 mm in 24 hours) on Friday. On Saturday and Sunday, the rainfall could intensify to moderate intensity (20 mm – 60 mm in 24 hours). Heavy rainfall is likely over some parts of the city during June 14 – 16,” said Anupam Kashyapi, head, weather forecasting division at IMD, Pune.

Those travelling along Pune’s ghat areas must note that the IMD has warned of intense heavy to very heavy rain (64.4 mm to 204.4 mm in 24 hours) over the ghats till June 16.

On Friday, a low-pressure area developed over the Bay of Bengal and it is expected to strengthen and move over westwards to Odisha by Sunday.

At present, there prevails an off-shore trough between south Maharashtra and Kerala. With the formation of the season’s first low-pressure system, the westerly winds blowing-in from the Arabian Sea are expected to strengthen from Friday onwards. These three systems will collectively help the monsoon turn vigorous over parts of Konkan and adjoining Madhya Maharashtra.

“Ghats of Pune will experience heavy to very heavy rain till June 16 due to the strengthening of the westerly winds,” said Kashyapi.

Ankita Lokhande pens heartfelt post as Pavitra Rishta completes 12 years: ‘It made me who I am today’