In an emotional video address Wednesday morning, the first after resigning from the post of PPCC chief Tuesday, Navjot Singh Sidhu said he was ready to sacrifice anything “to get justice for the Guru”. 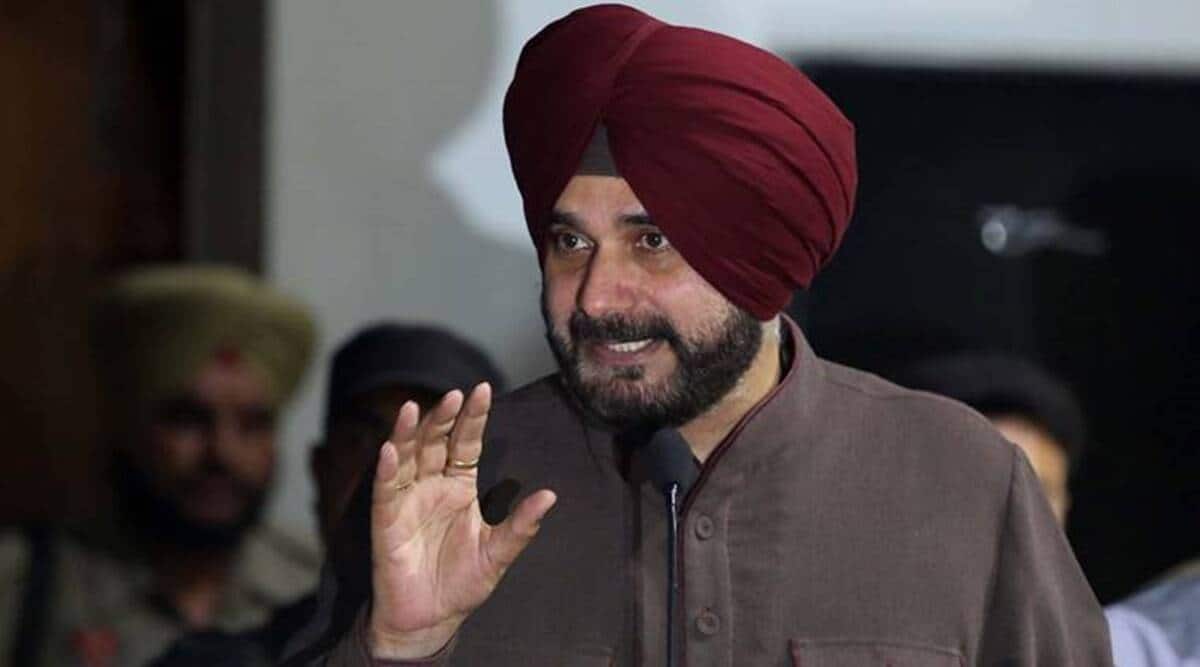 After it rocked the SAD-BJP government in October 2015, the Guru Granth Sahib sacrilege has once again been brought into focus by Punjab Congress president Navjot Singh Sidhu.

In an emotional video address Wednesday morning, the first after resigning from the post of PPCC chief Tuesday, Sidhu said he was ready to sacrifice anything “to get justice for the Guru”.

In an oblique reference to acting DGP IPS Sahota, who was given the additional charge of the state police chief despite Sidhu pitching for another DGP rank officer, S Chattopadhaya, the cricketer-turned politician said how could he expect justice from those “who gave a clean chit to the Badals six years ago, and tortured young boys”.

Sahota had headed the first SIT set up by the then Parkash Singh Badal-led government to probe both the incidents of sacrilege at Bargari in which torn pages of the holy Guru Granth Sahib were found outside the village shrine on October 12, 2015, and subsequent firing on protesters three days later at Kotkapura and Behbal Kalan in which two youths were killed. A week after the incident, Sahota arrested two brothers and blamed the sacrilege on their foreign handlers in Australia and Dubai. But the case fell flat the very next day when media reports revealed those arrested were NRIs. Subsequently, the brothers were released, and the case handed over to CBI.

A spokesperson of the Punjab police clarified that the SIT headed by Sahota, which functioned for only 20 days, had not given a clean chit to Dera Sacha Saudi chief Gurmeet Ram Rahim or any other person.

Sidhu also questioned the appointment of Advocate General APS Deol, who he alluded to as “those who have given blanket bails”. Until recently, Deol was representing Sumedh Singh Saini, who was the Punjab Police chief at the time of sacrilege, and had got him blanket bail in four cases filed by the state police until the polls in February next year.

The desecration of Guru Granth Sahib was one of the major issues that had led to the decimation of the SAD-BJP combine in the 2107 Assembly polls, relegating them to the third spot after the newbie AAP. It was on the issue of sacrilege that Sidhu had come out of his political hibernation in April this year soon after the Punjab and Haryana High Court quashed the SIT headed by IG Kunwar Vijay Pratap. Sidhu had slammed former CM Amarinder Singh for failing to do “justice” to the Guru, and with some Congress ministers, set in motion the events that led to the ouster of the Congress veteran.

But while his speech in April had resonated with people, his hasty exit just two days after CM Charanjit Singh Channi formed his Cabinet, isn’t getting the same reaction. Bhai Gora Singh, priest of the gurdwara at Burj Jawahar Singh Wala, from where the holy Guru Gramth Sahib was first stolen on June 1, 2015, and whose torn pages were found at Bargari, says: “I can understand the sentiments of Sidhu ji but all of us feel we should give some time to this government. When we gave four and half years to Captain saab, why not a few months to this one?”

In Chandigarh, leading Sikh historian and former IAS officer Navtej Singh said: “If Sidhu thinks the sacrilege issue can be resolved in a few months, he is living in a fool’s paradise.” He added, “I feel he should have tried to handle this matter in a better way instead of resigning and leaving people in the lurch.”

Katrina Kaif is glowing in pink as she poses with her ‘best boys’, fans shower love

Vaze, others reinstated due to acute shortage of police personnel, HC told