🔴 Channi went on to add that the Akalis, the BJP and Amarinder were partners in crime against the people of Punjab. 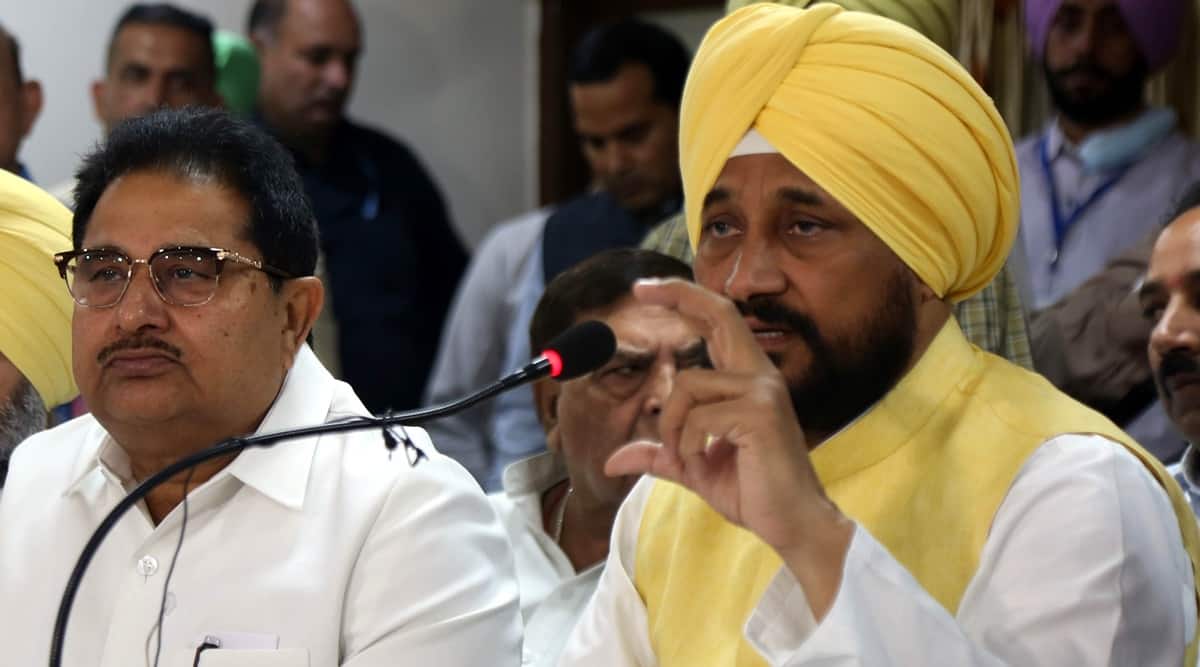 Punjab Chief Minister, Charanjit Singh Channi, on Friday alleged that the powerful elite class was conniving to destabilise his ‘common man’s government’ by dividing the poor of the state on sectarian lines.

Channi — while on a tour of Pathankot district on Friday, hot on the heels of Aam Aadmi Party chief and Delhi Chief Minister, Arvind Kejriwal, holding a Tiranga Yatra in Pathankot city — also attacked former CM Captain Amarinder Singh for his ‘myopic mindset towards the poor and common man’.

“Maharaja (Captain Amarinder Singh) targeted me because I had started raising the issues of the common man,” he said.

Addressing a public gathering, the CM said, “I come from a family which has a very humble background. So, I always tried to impress upon the former Chief Minister to safeguard the interests of the common man. However, instead of resolving the issues and giving reprieve to the poor and downtrodden, Maharaja started victimising me. Maharaja was ousted by the Congress, but I have continued the struggle for the common and underprivileged masses.”

The CM said, “Only a party like the Congress could have taken a revolutionary decision to oust a Maharaja and bestow responsibility of the chief ministership to a common man. This revolution can sustain only if all the common and needy people stand united to support the Congress. The powerful elite class is trying to destabilise this common man’s government on sectarian lines.”

Channi went on to add that the Akalis, the BJP and Amarinder were partners in crime against the people of Punjab.

“The trio of Narendra Modi, the Badals and Captain Amarinder Singh had connived to pass the anti-farm laws that jeopardized the interests of this state. The Akalis had passed a bill on contract farming in Punjab Assembly in 2013, which later became the basis of the three draconian anti-farm laws. They were also hand-in glove with the BJP to pass these black laws in the Parliament,” said Channi.

He said, “The elite and unholy nexus of politicians across party lines had managed to snatch power from the common man and loot Punjab. The members of this elite group, like the Badals and Captain, have a common bond amd have vested interests. They have plundered the state, while enjoying the fruits of power. Now this nexus has been broken and the power is back with the common man.”

The CM then went on to reiterate that Arvind Kejriwal had very little knowledge about state. “Delhi Chief Minister is groping in dark for fulfilling his lust for power. Besides being an outsider, Kejriwal is a rumour monger who knows nothing about state but pokes his nose in everything. Such type of cheap politics will never be successful in the state. Kejriwal is a power greedy outsider, who desires to rule Punjab due and is trying to mislead Punjabis. Kejriwal and his party must remember one thing — history is witness to the fact that Punjabis love their land and have never allowed any outsider to rule them. Kejriwal’s government has failed in Delhi whereas Congress is delivering its best to the people,” said Channi.

Meanwhile, the Chief Minister also made a flurry of other announcements, including the setting up of a Medical College at Pathankot, declaring Bhoa as an administrative block, upgrading Narot Jaimal Singh hospital and providing suitable land for building of Sant Baba Nabha Dass.

State Revenue Minister, Aruna Chaudhary, who was also present during Friday’s rally, earlier coined the slogan ‘Channi Raj, Changa Raj’ before the crowd and said that CM Channi has infused new spirit amongst the Congress party.

The CM had earlier in the day also paid obeisance at Gurdwara Barth Sahib, where he was honoured with a siropa (robe of honour). He later also dedicated a sports stadium at village Bani Lodhi and a 66 KV Power Station at village Laahdi Mahanta to the masses.

Earlier this week, Charanjit Singh Channi had criticised Arvind Kejriwal by calling him a ‘Kala Angrej’. On Friday, Channi again invoked invoked the ‘Kala Angrez’ comment and compared the Delhi CM with his party’s MLA from Botha, Joginder Pal.

Channi told the gathering at Pathankot, “Ek eh kale angrej a bye a. Eh Kejriwal kal aeya. Khanda main kala Angrej mahi hai. Mera dhup vich rang kala ho geya. Main tan chita hi an. (These black Angrej have come. Kejriwal had come yesterday. He said his skin turned black due to moving under the sun. otherwise I (Kejriwal) was white. I am surprised at him. Why would you outsiders want to rule in Punjab?”

Then he referred to Joginder Pal standing besides him and said, “Is he less than any Angrej. Look how handsome he is and of white colour. You need to choose what is best for us now, Kejriwal or him [Joginder Pal]?”

Kejriwal was in Pathankot on Thursday and he had said, “Mothers of Punjab adore their black son Kejriwal. Sisters like their black brother, because my intentions are not black. Aam Aadmi Party will form the government in Punjab and this black man (Kejriwal) will fulfill all his promises.”

Diversions may cause traffic jam