ASI said that family is yet to record their statement and Sunil Jain was medically unfit as of now to tell anything. "We will get autopsy of the woman done," he said. The couple sustained more than 80 per cent burn injuries. 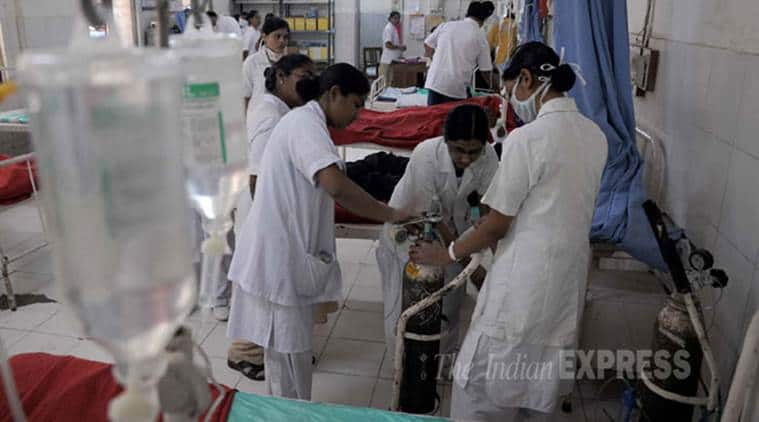 Hours after they called for police help accusing their sons and daughters-in-law of harassment, an elderly couple allegedly set themselves on fire at their residence in Raghubir Park area of Haibowal in Ludhiana Tuesday.

The woman succumbed to the burn injuries while her husband continues to be in critical condition at Christian Medical College and Hospital (CMCH).

Police said that Sunil Jain (62) and his wife Chanchal Jain (58) had two sons and daughters-in-law. Currently, the couple was living with their younger son Saurav and his wife, on the upper floor of the house. Jain was a paralysis patient and his wife had complained to the police that their children were not taking proper care of him.

“She had complained on police helpline around 10 am and we had sent a policeman to listen to her issues. But both her sons were not at home. The woman had alleged that her husband is a paralysis patient since seven years and even then both her sons were not providing proper medical care to him. She also alleged that her husband was being treated properly and they were also not given any money for routine expenses. She was fed up with her sons and daughters-in-law. The policemen came back after counselling elder daughter-in-law and hours later around 4 pm, we got the news that the elderly couple allegedly set themselves on fire,” said ASI Malkit Singh, incharge, Jagatpuri police post.

He said that family is now claiming that none of them were home when incident happened. “Elder daughter-in-law is saying that she was on ground floor and saw nothing. Younger daughter-in-law claims she was away at her parent’s place. Both sons were out for work. We have not found anything such as kerosene or matchsticks from spot but curtains of the room were gutted too,” said ASI.

ASI said that family is yet to record their statement and Sunil Jain was medically unfit as of now to tell anything. “We will get autopsy of the woman done,” he said. The couple sustained more than 80 per cent burn injuries.

Southern suburbs gear up for rain

India vs England: Ben Stokes to rejoin England squad ahead of third Test in Nottingham