34 long-distance trains have been cancelled, 26 diverted and 34 short-terminated after the tracks got damaged due to landslide in certain sections 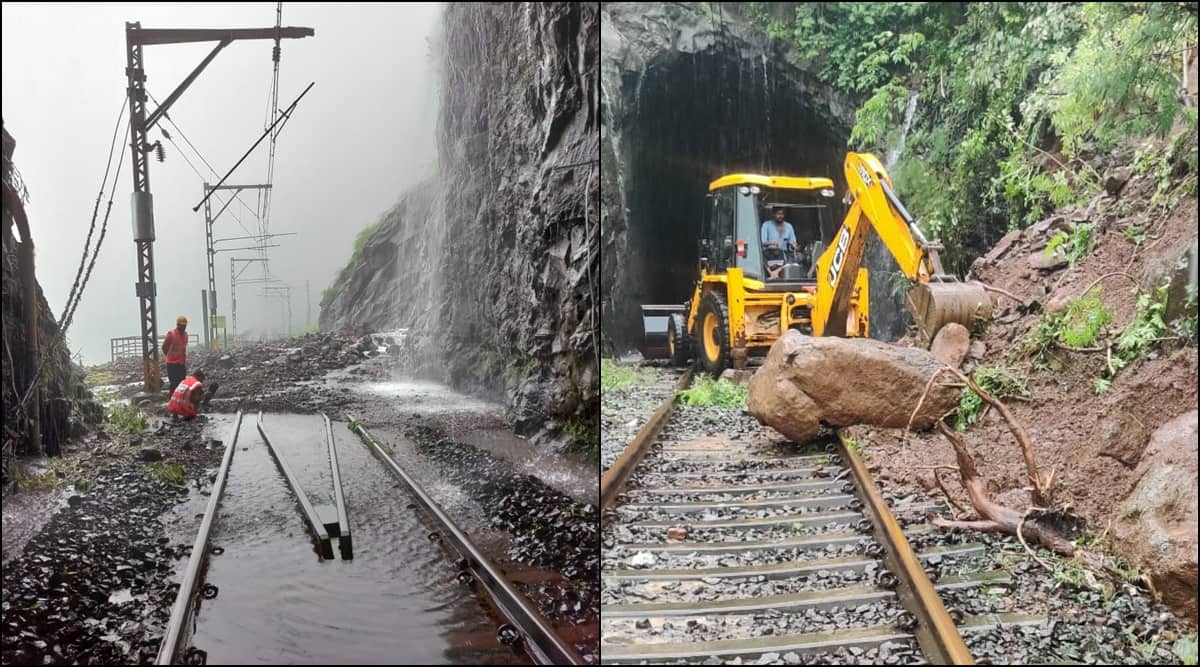 The heavy rains from Wednesday night disrupted train services of Central Railway in Mumbai, suspending several local and long-distance trains due to waterlogging and accumulation of mud and stones on the tracks. Authorities arranged buses for stranded passengers at two stations.

At least 34 long-distance trains have been cancelled, 26 diverted and 34 short-terminated after the tracks got damaged due to landslides in certain sections. According to the railways, services between Umbermali station and Kasara were halted due to heavy rainfall after the tracks and the platform at Umbermali went under water at 10pm Wednesday. Services between Igatpuri and Khardi stations have also stalled since Sunday night.

Services from Titwala to Kasara and Badlapur to Vangani and Mumbai-Nashik and Mumbai-Pune were suspended after a landslide near Karjat. The section beyond Ambernath — Badlapur, Vangani, Karjat and Khopoli — is badly damaged and tracks have washed away near Vangani, Umbermali and between Khadavali and Vashind.

In South East Ghat from Karjat to Lonavala, at least 15-20 cases of fallen boulders, trees, mud on track, track wash out, signal post damage and OHE damage etc were reported. Similarly, on the North East Ghat section from Kasara to Igatpuri, five to seven locations are badly damaged.

Officials said restoration works have been started at the Ghat sections with poclain machines, JCBs, laborers and ballast hoppers at several spots.

The rain also increased the water level at the Vashishiti river and for the safety of passengers, train services were suspended between Kamathe and Ratnagiri stations.

As going gets tough, a gig economy mushrooms