"You will be given updates from time to time," said Lakhimpur Kheri SP Vijay Dhull, after Ashish arrived at the office. He did not respond to questions on whether Ashish (40) would be arrested. 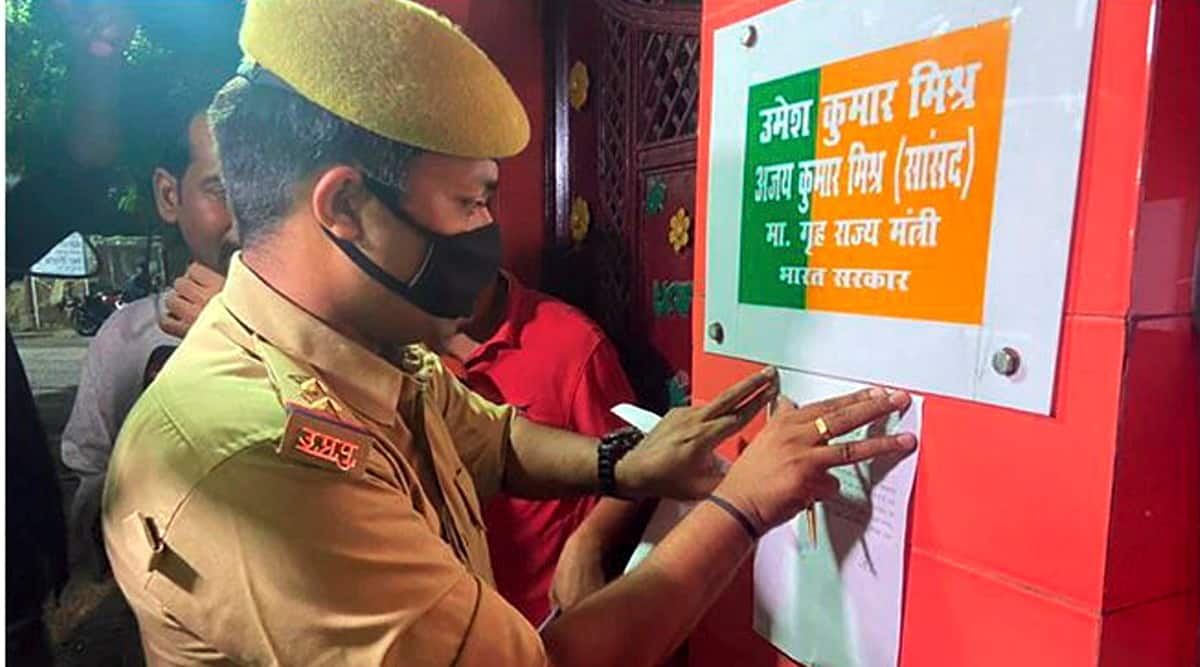 A day after he was served a second notice to appear before the police, Union Minister of State for Home Ajay Mishra’s son Ashish Saturday appeared before a special investigation team at the Crime Branch office in Uttar Pradesh’s Lakhimpur Kheri for questioning.

“You will be given updates from time to time,” said Lakhimpur Kheri SP Vijay Dhull, after Ashish arrived at the office. He did not respond to questions on whether Ashish (40) would be arrested.

On Friday, making its displeasure clear, the Supreme Court said it was “not satisfied with the steps taken” by the Uttar Pradesh government in the investigation into the deaths of eight persons, including four farmers, who were mowed down by a convoy of vehicles, including one owned by Ajay Mishra.

The UP Police Friday issued a second summons to Ashish, who is alleged to have driven the vehicle belonging to his father that hit the protesters.

Ashish had failed to respond to the first summons to appear before police Friday morning. In the afternoon, a second notice was pasted outside the Minister’s house in Lakhimpur Kheri.

The notice, under CrPC section 160, read: “With reference to a case at Tikunia police station, you were directed to be personally present at the Crime Branch office in police lines to present your side, but you didn’t appear… Hence you are again directed to appear tomorrow (Saturday) and present your side… If you don’t do so, action will be taken as per rules.”

ADG (Lucknow zone) Satya Narain Sabat had Friday told The Indian Express: “A second notice was issued on Friday. Till now, 10 names of accused have come to our knowledge based on the probe. Out of the 10, two were arrested on Thursday. Five others have been identified and we are checking their role. Three others, whose names have come out, are dead.”

On Friday, Chief Minister Yogi Adityanath described the deaths as “sad and tragic” and vowed to punish the guilty.

We support protests against CAA, NRC, but not bandhs: Mamata Banerjee

Explained: What is Peter Pan Syndrome?