Dotted with historic landmarks such as the Pataleshwar caves and the Chhatrapati Sambhajiraje Garden, the Jangli Maharaj Road has a tale of its own thanks to a 21-year-old corporator who refused to stop asking questions In 1972, Maharashtra recorded one of the worst droughts in its history. The next year, however, it rained so heavily that many places got flooded. In Pune, the water swept through several districts, turning the city’s potholed streets into danger zones. At the Pune Municipal Corporation (PMC), 21-year-old corporator Shrikant Shirole confronted the city engineer. “When I asked why things were so grim in Pune but not in Mumbai, which had also experienced rainfall, I was told that they had a new technology called Hot Mix Plant. Recondo, a company run by two Parsi brothers, was using this process. The next time I travelled to Mumbai, I made it a point to meet the heads of Recondo at their Panvel office and asked them to visit Pune,” says Shirole, who was the Chairman of the PMC Standing Committee.

In a controversial move, the Committee awarded the work for redoing one of the pothole-ridden stretches, the Jangli Maharaj Road, directly to the Mumbai firm. “If you want to buy something good, you don’t go for tenders because you focus on quality and not price. All 12 Committee members were with me on this decision,” says Shirole. The company gave a written warranty to the PMC that the road would not develop any problem for 10 years “or they would repair it for free”. 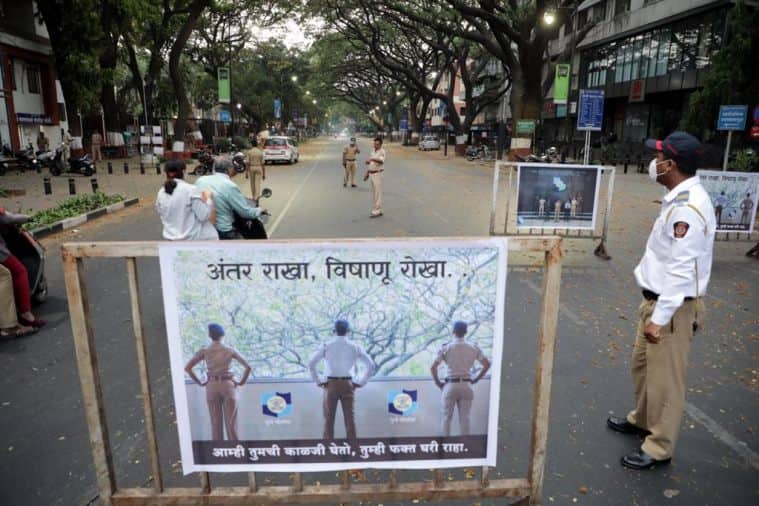 The revamped 2.5 km stretch of the Jangli Maharaj Road became the widest street at the time and, to this day, remains a hallmark of civil engineering. “The warranty period was from January 1, 1976, when the road opened, to December 31, 1985, but the quality of work was such that JM Road remained in good condition even 35 years later,” says Shirole. It was only in 2013 that repairs were found necessary. To tar the road, Recondo was given a budget of Rs 15 lakh at a time when gold price was Rs 200 per tola (it is Rs 50,000 per tola at present). Petrol cost 80 paise per litre.

Before Recondo got to work, JM Road was an ordinary tar road dotted with potholes. “It was in a pathetic condition,” says Shirole. Based on its width, the earlier generation referred to it as the 80-feet Road before the stretch was named after the Jangli Maharaj whose temple is located there.

“The history of Jangli Maharaj is an enigma with different versions of his past. He was a spiritual figure who was often found in the vicinity of the Rokadoba temple, which can still be seen in Shivajinagar,” says Sandeep Godbole, an IT professional and chronicler of Pune.

“There are multiple stories about Jangli Maharaj. Some say he was related to the family of Rani Lakshmi Bai and came from near Baroda, others believe that he was from Karnataka. Yet another version has it that he was a Muslim by birth. It is also thought that he had participated in the first war of Independence in 1857. It is not easy to determine which version is accurate. What remains undisputed is that he was respected and popular among his disciples,” says Sandeep Godbole, an IT professional and chronicler of Pune.

Cars were rare back then, so the stretch was mostly used by cyclists. “Pune was known as the city of cyclists at that time,” says Shirole. It was a two-way stretch until August 2009 when JM Road and the parallel FC Road were made one-way to ease traffic. The move impacted shops and eateries such as Modern Cafe, Hotel Sapna and Shiv Sagar, though it continues to be a buzzing hangout.

The stretch is dotted with historic landmarks such as the Pataleshwar caves, an 8th-century temple which is said to be carved out of a single rock and is dedicated to the God of the Underworld, and the Chhatrapati Sambhajiraje Garden which was built in 1952. The towering bronze statue of Rani Lakshmi Bai was installed in 1958 to commemorate a century of the 1857 war.

On October 8, 1962, the foundation stone for the Bal Gandharva Ranga Mandir was laid by the doyen of music himself. “He was not in good health and was brought to the dais where he sang a bhajan,” says eminent theatre director Satish Alekar. The driving forces behind the hall were PL Deshpande and Sunitabai Deshpande, who had observed halls across the world. “When the construction was complete in 1968, the auditorium was a modern proscenium air-conditioned theatre with a huge acting area. Its wing space was one of the best in India. The foyer was so large that people could come out without feeling the crowd,” says Alekar. “It was a very up-to-date space,” he adds. The same could be said for the road on which it stands.

3 villages in each dist chosen for solid waste mgmt