At least eight people were injured as over 1,100 houses were damaged in Udupi and Dakshina Kannada districts. Low-lying areas in 77 villages of the Udupi district witnessed floods as well. 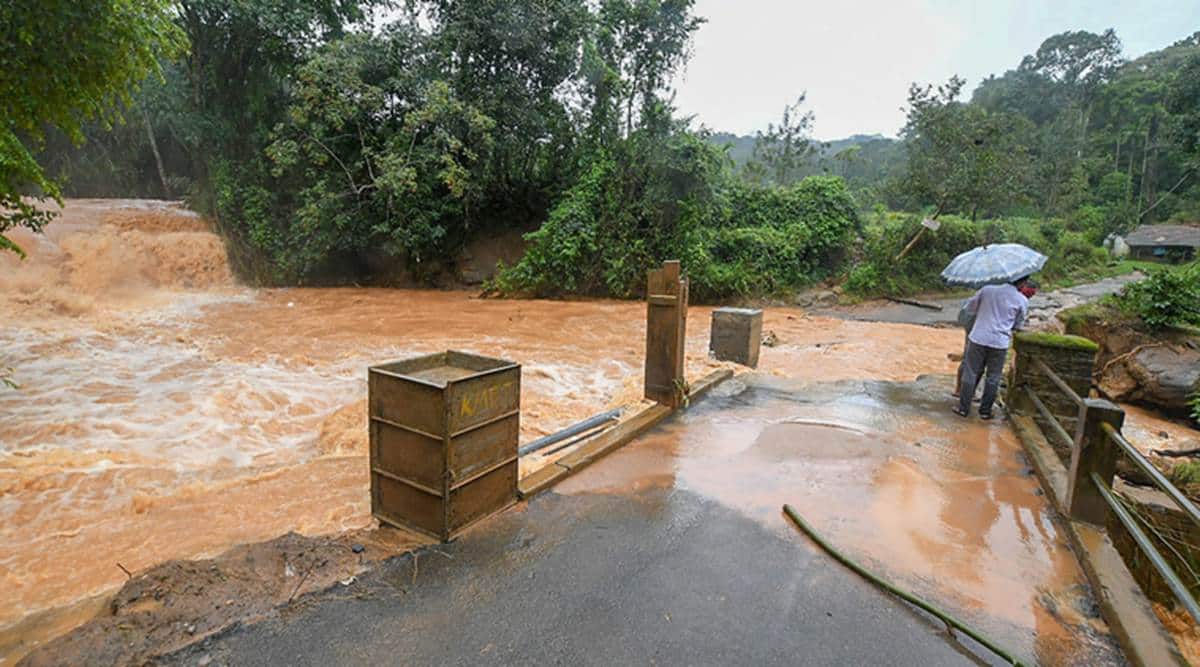 As several parts of north and coastal Karnataka continued to receive moderate to heavy rains on Sunday, three people lost lives in separate incidents at Belagavi and Bidar districts.

While a man, identified as Beershetty Bodhanawadi (28), was swept away trying to cross an overflowing stream in Kalaburagi, two brothers, Anu Fakru and Arasu Fakru, fell into the Nizampur lake in Bidar.

The India Meteorological Department (IMD) has predicted widespread rainfall at a few places in the State on Monday.

In Udupi district, National Disaster Response Force (NDRF) and State Disaster Relief Force (SDRF) have been pressed into action to help with rescue and evacuation operations. At least 2,874 people from 827 affected families were evacuated until Sunday evening. Of these, as many as 1,201 people, including 563 women, were shifted to 31 different relief camps while others moved to safer locations.

“I am aware of the floods in Udupi inundating a few villages. I have directed the district authorities to rush a 250-member SDRF team there. NDRF will also take part in rescue and evacuation operations,” Home Minister Basavaraj Bommai said.

At least eight people were injured as over 1,100 houses were damaged in Udupi and Dakshina Kannada districts. Low-lying areas in 77 villages of the Udupi district witnessed floods as well. With the Indrani rivulet at Kalsanka in the city overflowing due to the incessant downpour, water entered the Rajangana on Sri Krishna Mutt premise leaving the entire parking area submerged.

Ekta Kapoor remembers Sushant Singh Rajput in emotional video: ‘Hope you’re with your mom whom you missed so much’