"The government is considering reopening higher education institutions after ensuring vaccination to key stakeholders. It has been suggested that inoculation should be prioritised for the students and teaching fraternity," CM Yediyurappa said. 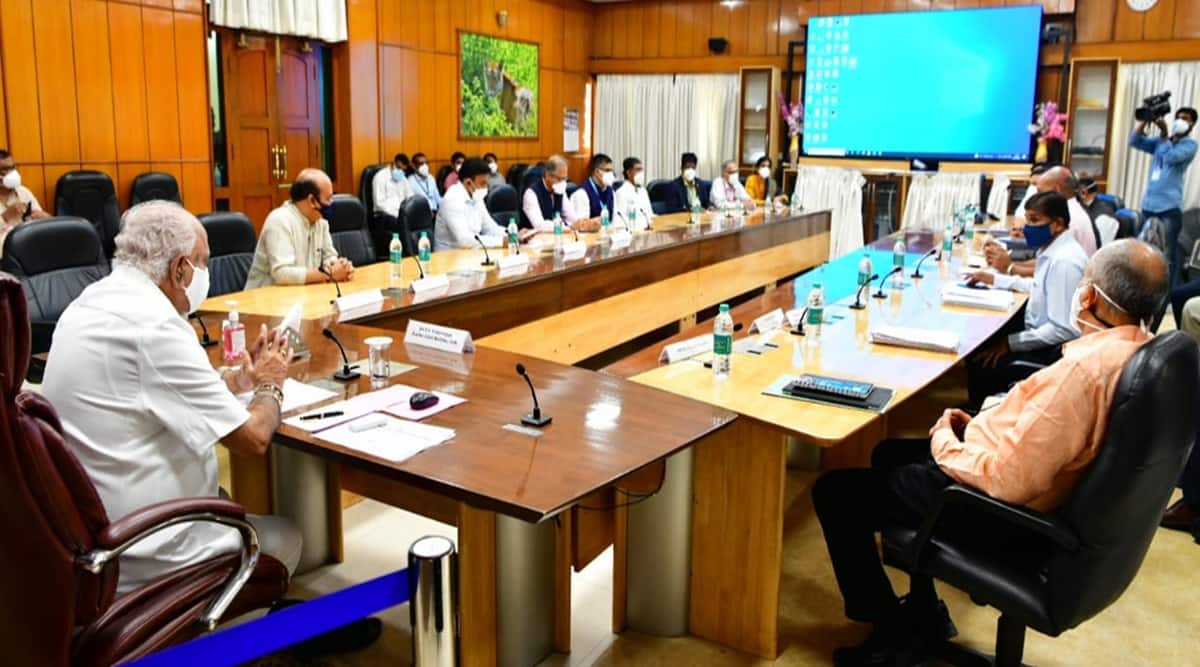 The Karnataka government Tuesday announced that offline classes in colleges would resume after vaccinating students, teachers and staff members.

“To begin with, the government is considering reopening higher education institutions after ensuring vaccination to key stakeholders. It has been suggested that inoculation should be prioritised for the students and teaching fraternity,” Chief Minister B S Yediyurappa said.

The CM was speaking after a high-level committee meeting constituted by the Karnataka government “to analyse, advice and control Covid-19 third wave”.

Yediyurappa added that Dr Devi Shetty-led expert committee has made several recommendations ahead of an anticipated third wave of the pandemic. “The Committee has recommended establishing paediatric high-dependency units, intensive care units in taluk and district hospitals and special peadiatric wings at medical colleges in the state,” he stated.

He added that the experts also suggested various measures to resolve any possible shortage of oxygen supply as well. “Giving priority to solve post-Covid health issues and other related problems was discussed while a strategy to intensify vaccine drives was also deliberated upon. The Committee has felt that total vaccination is the ideal solution to contain the pandemic,” Yediyurappa further said.

Meanwhile, Deputy CM C N Ashwathnarayan, who is also the head of the state’s Covid-19 ministerial taskforce, said that special vaccination drives would be planned to inoculate students and staff at colleges on priority. “Special vaccination drives in all colleges are being planned in a couple of days, similar to how the ‘Maha Lasika Abhiyana’ was held on Monday. We will able to resume classes at colleges after all teachers, non-teaching staff, and the students are vaccinated,” the minister who also handles the higher education portfolio stated.

He also acknowledged the “risk” taken up by the high-level committee to recommend reopening of schools in such a situation. “We are yet to decide whether to reopen schools, at least for a shorter period. However, all teachers irrespective of them serving in a college or at a nursery will be inoculated,” he said.

The interim report submitted by the committee had recommended reopening of schools in a staggered manner, with on-campus classes first beginning for senior-level students.

The Deputy CM further noted that it was important to enhance infrastructure at all levels, including strengthening the availability of human resources and procuring more medicines before the “third wave anticipated by September.”

To date, Karnataka has reported over 28.11 lakh infections and 34,025 fatalities linked to the pandemic. Nearly 2 crore doses of Covid vaccine have been administered across the state with nearly 1.65 crore of them being first doses.

Narendra Modi thanks people for showing maturity after Ayodhya verdict