Bengaluru Urban continued to account for most of the state’s 4,991 new cases, as the cumulative tally rose to over 4.6 lakh in the city alone. 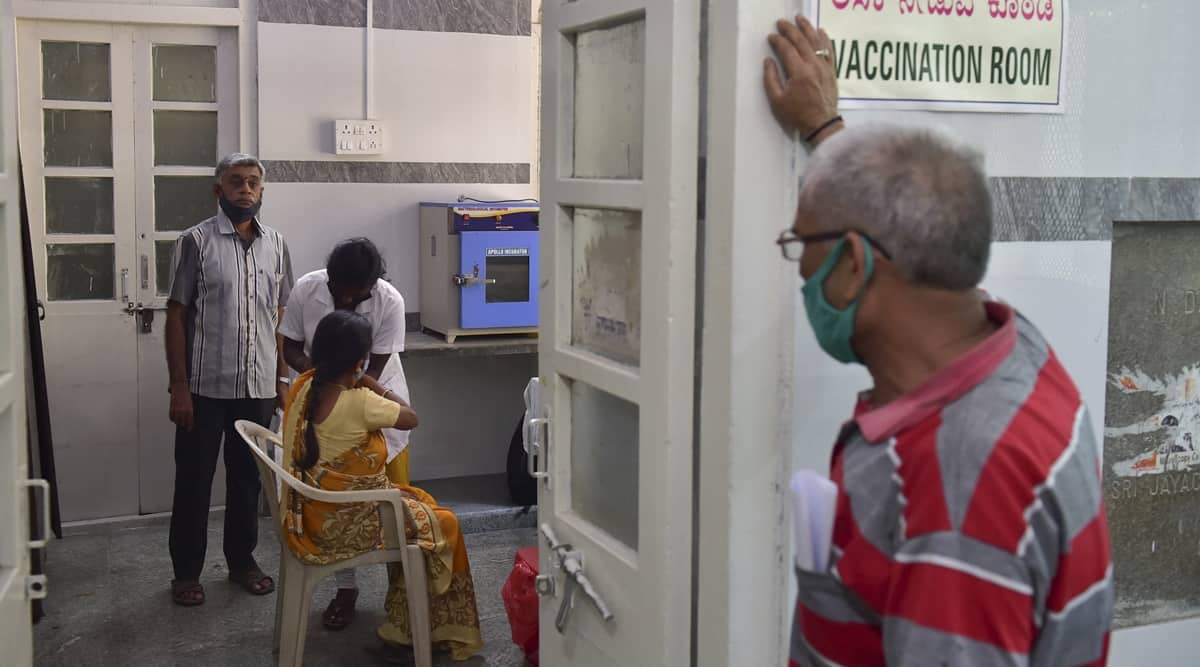 Karnataka’s Department of Health and Family Welfare services Wednesday linked 25 more deaths in recent days to the continuing surge in Covid-19 cases in Bengaluru Urban, as the toll in the state capital rose to 4,718.

Ten more fatalities, including two each from Mysuru and Kalaburagi and one each from Ballari, Bidar, Dakshina Kannada, Hassan, Tumkur, and Vijayapura, were recorded in the official state bulletin on Wednesday.

Bengaluru Urban continued to account for most of the state’s 4,991 new cases, as the cumulative tally rose to over 4.6 lakh in the city alone.

33 active containment zones in Bengaluru, most in Yelahanka Zone

With Bengaluru continuing to see a steady surge in Covid-19 infections, as many as 33 containment zones were termed active by BBMP officials on Wednesday.

Yelahanka (11) and BBMP East (9) have the most active containment zones, followed by Dasarahalli and BBMP South with four such zones each. As per government data, Bengaluru Urban had 35,789 active cases, as on Wednesday.

State Health and Medical Education Minister K Sudhakar Wednesday said that the state has crossed 50 lakh inoculations since the vaccination programme began on January 16. “As on 2 pm today, 45,13,857 people have received first dose of vaccine and 5,02,838 people have received both the doses of vaccine,” he tweeted.

The minister added that the vaccine is being administered at 6,173 sites across the state, including 5,564 government and 609 private centres.

As per data issued by the Department of Health and Family Welfare Services, over 23.5 lakh first doses have been administered to senior citizens (aged 60 and above), while 37,278 of them have taken the second dose. Over 5.69 lakh and 3.5 lakh healthcare workers have taken the first and second jabs respectively to date.

Several private hospitals in Bengaluru Wednesday reported a shortage of vaccines even as the health minister denied such reports.

Dr Jagadish Hiremath, managing director and CEO of ACE Suhas Hospital, said the facility has been facing trouble from the beginning of April when vaccination was extended to all aged above 45.

“We are only receiving below 50 per cent of the total amount that is required for the inoculation process. With more people, including employees working in factories in the area, turning up for vaccination, we have run out of doses. We have also not received any new doses in the last two days,” he said.

Dr Suri Raju V, medical director, Regal Multi-Speciality Hospital said that his hospital also reported a shortage in vaccine doses available to be used in the last couple of days.

However, Dr Ravindra R, president, Private Hospitals and Nursing Homes Association (PHANA), denied such claims saying he wasn’t apprised on any such issues directly. “BBMP Administrator Rakesh Singh has assured us (private hospitals) of getting sufficient doses of vaccine and there isn’t any shortage anymore. No such grievances have been voiced by our members in the last three days,” he said.

Apart from Bengaluru Urban, which has been driving the state’s Covid surge in the second wave, four other districts reported over 200 cases each on a single day on Wednesday, for the first time since the pandemic broke out.

While Mysuru reported 243 new cases, 214 others contracted the infection in Bidar. A further 205 and 204 people tested positive in Kalaburagi and Tumakuru districts respectively.

As the Centre on Wednesday allowed Covid-19 vaccination in private and public workplaces with at least 100 eligible and willing beneficiaries aged 45 and above from April 11, Sudhakar said such a move would “further accelerate the vaccination drive and ensure quicker and better coverage”.

“Several large IT firms and industries had earlier requested us to allow vaccination on their premises. Companies can now provide vaccination to their employees at their offices if there are more than 100 eligible and willing beneficiaries,” he said.

SC comes to the aid of road accident victim

Mumbai: After 30 years, BMC worker held for forging papers to get job

Salman’s co-star is such a stunner!

Doorstep ration delivery scheme will have no name: Kejriwal