Bommai also instructed the civic agency to prepare a detailed project report (DPR) on widening major stormwater drains and building diversion channels to prevent flooding in the city. A special package of Rs 900 crore has been announced for the project. 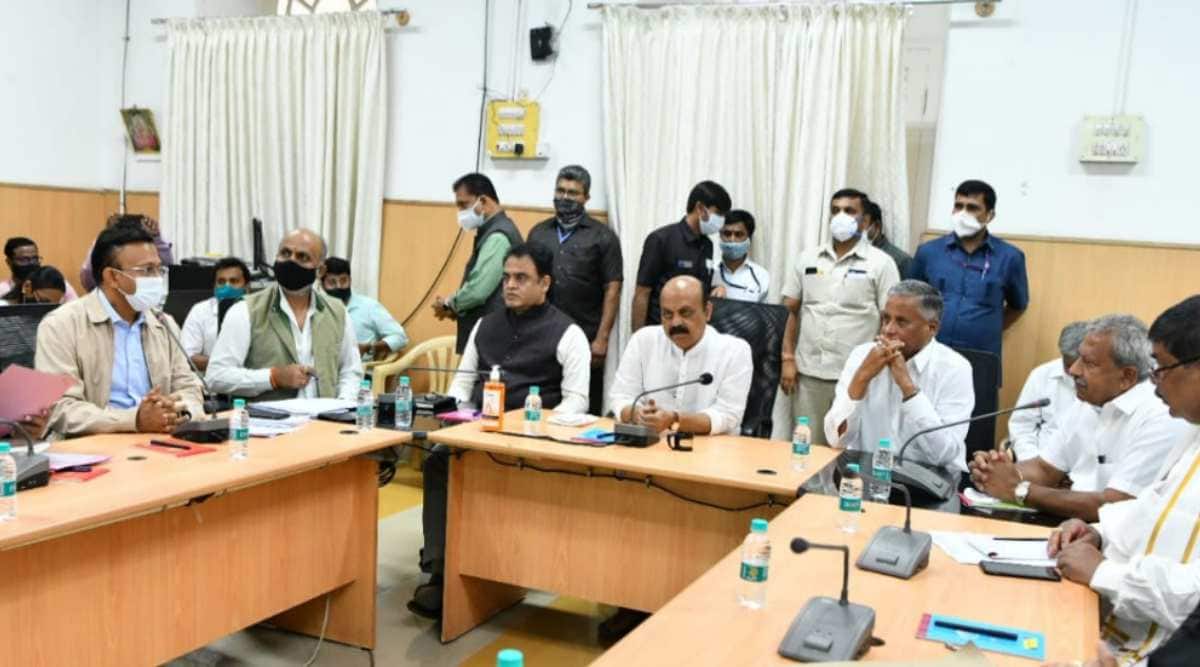 “The present stone-lined SWDs need to have a reinforced cement concrete (RCC) lining. The SWDs in the outskirts of the city have mud lining which also needs to be turned into RCC canals. They also need to be widened. Action is needed to remove obstacles at many places for the smooth flow of floodwaters. The work on drains to allow the floodwaters to flow to Kalkere lake would be taken up with RCC lining. He also informed that the work on widening of the drain from Nagenahalli lake and linking it to Hebbal valley ahead would also be taken up soon,” Bommai said.

However, the move to concretise the drains has been countered by ecology experts.

“The concretisation of the stormwater channels leads to fast surface runoff and it hinders the percolation of water. This leads to flooding,” said Ram Prasad, co-founder and convener of NGO Friends of Lakes.

According to research by Dr TV Ramachandra at the Indian Institute of Science (IISc), concretisation affects the hydrological functional ability of stormwater since it increases the velocity of water which further enhances the chance of flooding in the area.

BBMP executive engineers have been instructed by the chief minister to monitor the progress of works in their respective limits.

“The city has about 842km of Rajakaluves across four valleys–Vrishabhavathi, Hebbal, Challaghatta and Koramangala. This work for smooth flow of water has been completed for 415 km and sanction was given to take up works for 75 km in 2019-20. Out of this 75 km, work has been completed on 40vkm. I have instructed officials to complete the remaining work in two months,” the CM said.

He also instructed the civic agency to prepare a detailed project report (DPR) on widening major stormwater drains and building diversion channels to prevent flooding in the city. A special package of Rs 900 crore has been announced for the project.

Bommai instructed Bangalore Water Supply and Sewerage Board (BWSSB) chairman N Jayaram for the speedy completion of underground drainage works taken up in several layouts to provide a permanent solution. BBMP has been instructed to desilt the small drains.

“Around 2,626 encroached structures were identified on stormwater drains of which 1,480 have been cleared in 2018-19 and 428 in 2016-17. Legal action has been initiated against the encroachers at 718 places on the stormwater drains across the city. The operation would be carried out without causing inconvenience to the poor and they will be given time while action against big builders will be taken immediately,” he said.

Bommai on Wednesday also visited rain-affected areas like BDS Nagar and other places in the Horamavu ward.

“The overflowing floodwaters from Yelahanka and Hebbal valley pass through KR Puram and Mahadevapura. Flooding in Horamavu ward is essentially due to the railway bund. While the stormwater drain is 125 feet wide, the vent under the railway line is very narrow. This is leading to frequent flooding of the surrounding layouts. I will speak to railway officials today itself to widen the vent. We will provide necessary funds for the work that would ensure smooth flow of floodwaters,” he added.

PIX: Virat and Anushka welcome the New Year in style