Earlier, in an order dated May 20, the NHM director had specified that certain categories of frontline workers alone will be vaccinated as the drive resumed and that the state will utilise vaccine supplies for them on priority. 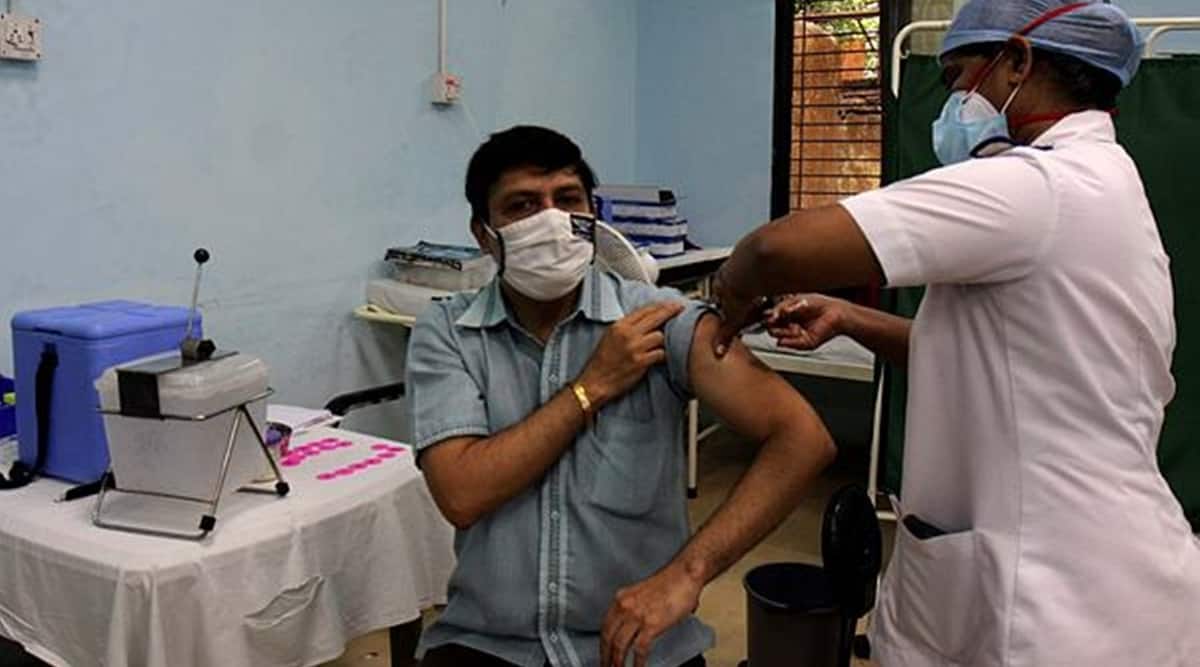 A couple of days after the Karnataka government announced it will resume the process of Covid-19 vaccination for people aged 18 to 44 on Saturday, it clarified that the same would not be available to everyone in the age group.

“However, for identified state COVID front line workers/vulnerable group and priority groups, the concerned will be informed of date and time of vaccination by the designated nodal officers,” a clarification issued by Dr Arundhathi Chandrashekhar, director of the National Health Mission (NHM) in Karnataka said.

Earlier, in an order dated May 20, the NHM director had specified that certain categories of frontline workers alone will be vaccinated as the drive resumed and that the state will utilise vaccine supplies for them on priority.

However, Health Minister Sudhakar had said in a tweet, “From May 22, vaccination for people in the 18-44 age group will resume. State government-identified frontline workers and priority groups will be vaccinated first.” The NHM director further noted that there was “some confusion among the public” on the process, while issuing the current vaccination plan of the state on Saturday.

Which vaccines are available now, and for whom?

However, the first dose of Covaxin was “currently not available” and those awaiting their second dose of the same were informed that they would get an SMS notification with the required details. “Beneficiaries should visit the designated COVID vaccination centre mentioned in the SMS,” it read.

Till date, a total of 1.18 crore doses of vaccines have been administered in the state so far, since January 16. Of these, over 92.86 lakh were first doses while 25.72 lakh were second doses administered across age and priority groups so far. Over 1.38 lakh people aged between 18 and 44 have received the first dose of the vaccine in the state so far, statistics issued by the Health Department indicated.

‘Rich being backed in Keezhattur’

Ram Leela actor among those killed

What penance will Modi do for failed note ban?: Sena

Lockdown: What Kohli, Rafa, Ronaldo have been up to