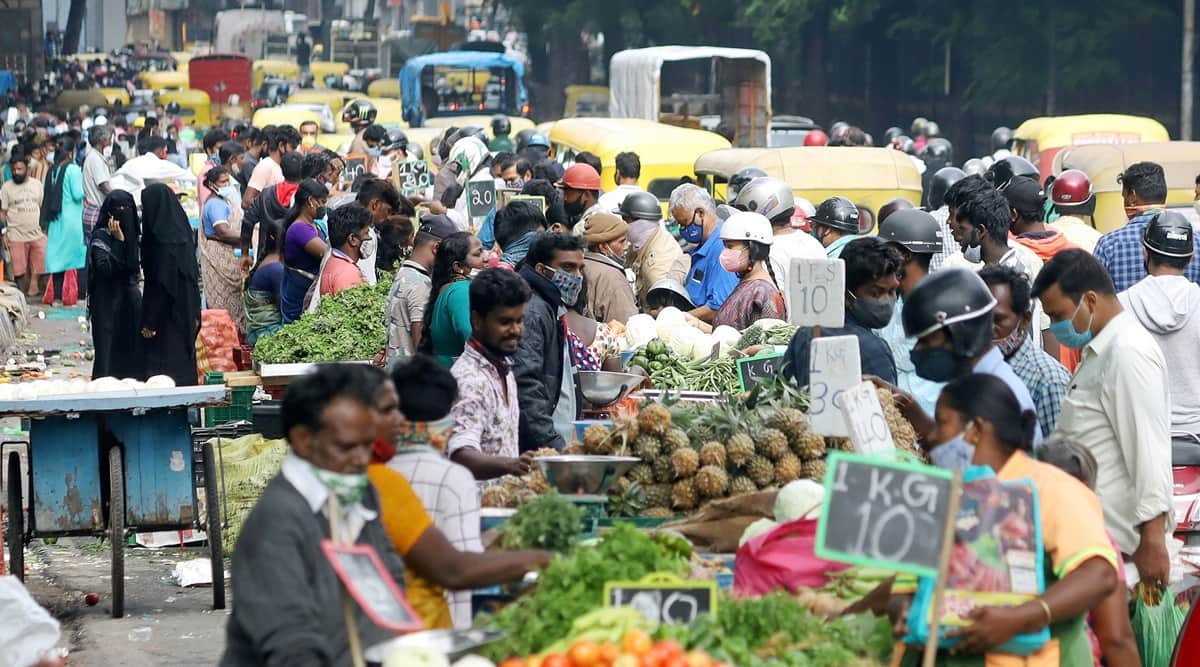 Catch the latest news in Bengaluru and Karnataka as we bring you live updates on COVID-19, COVID-19 vaccination and lockdown across the state and more throughout the day.

The Karnataka State Natural Disaster Monitoring Centre (KSNDMC) has recently  floated a tender for the Rs 2 crore project, to install Sensors to alert danger mark in stormwater drains in Bengaluru.

According to KSNDMC, the sensors will be solar powered and will transmit real-time information on the water level in the stormwater drains.

The KSNDMC has already, installed 28 sensors  installed on a pilot basis in the city.

The workers’ union at public sector aircraft manufacturer Hindustan Aeronautics Limited (HAL) has written to the management of the company, seeking employment for eligible dependents of workers who died of Covid-19 infections in 2020 and 2021.

In a June 9 letter written to the HAL CMD R Madhavan, the convenor of the All India HAL Trade Unions Co-ordination Committee, Suryadevara Chandrasekhar, has sought employment for dependents of those who died of the virus at HAL units across the country, pointing out that many were middle-aged and the sole breadwinners at their homes.

“We have lost around 90 employees across India to Covid. There have been over 60 deaths in Bengaluru alone and also deaths at the Lucknow, Nasik and Kanpur units. Many colleagues and well-wishers who were between 35 and 45 years of age have died,” Suryadevara said.

The Karnataka government Wednesday confirmed the transfer of 12 IPS officers in different parts of the state, mostly affecting officers at the Superintendent of Police (SP) level.

Bengaluru Rural SP Ravi D Channannavar will be replaced by Kona Vamsi Krishna, who was Tumakuru SP. Channannavar was transferred to the Criminal Investigation Department (CID). Meanwhile, Rahul Kumar Shahapurwad, who was earlier with the CID, will take over as the new Tumakuru SP.

Among other major transfers is Coastal Security Police R Chethan being placed as the new Mysuru SP replacing CB Rishyanth, who is now posted as the SP of Davanagere. Mysuru City has also got a new DCP (Law & Order) as Pradeep Gunti takes over the charge from A N Prakash Gowda who is transferred to the internal security division.

A task force named Doctor for Doctors has been set up by the Indian Psychiatric Society to address and assess mental health issues faced by physicians serving Covid-19 patients.

The panel is headed by Dr Arun Kandasamy, Additional Professor of Psychiatry, National Institute of Mental Health & Neuro Sciences (NIMHANS). According to doctors behind the initiative, the panel will work with an aim to mitigate long-term mental impact among the prime frontline workers.

Further, the national helpline launched and operated by NIMHANS to provide psychosocial help in view of the pandemic has a dedicated line to address issues raised by doctors and health workers.

Karnataka Chief Minister B S Yediyurappa on Wednesday expressed his disappointment over the slow progress of the Smart City Projects (SCP) in Bengaluru despite the commencement of monsoon.

During a review meeting, the chief minister pulled up officials for the poor condition of 27 roads with piles of mud and craters on both sides of the roads hindering the vehicular movement.

“The monsoon has already set in and is expected to intensify in another two weeks. When are you going to complete the work?” the CM asked the civic agency officials.

The Mumbai Police on Tuesday filed a supplementary chargesheet against gangster Ravi Pujari in connection with a threat call he made to a Kandivali-based developer in 2017. This is the second chargesheet filed by the crime branch in two cases against the gangster in a month.

The Mumbai Police was granted Pujari’s custody in 10 cases registered against him in the city. In the next few weeks, police are likely to file chargesheets in the remaining eight cases.

In a sign of continuing discontent within the Karnataka BJP, the party’s chief whip in the Assembly, V Sunil Kumar, has now issued a call for a platform for legislators to air their views, a day after Chief Minister B S Yediyurappa asked party MLAs to avoid making political remarks and focus on the Covid-19 crisis in the state.

“Remarks in the media in the last three days are not in the interest of the party. Comments of a few people are not the same as that of all MLAs and party workers. We can’t express our opinions to the media. Request party leaders to provide a platform to hear us,” Kumar wrote on social media tagging senior BJP leaders.

The remarks came after a few MLAs loyal to Yediyurappa claimed that the CM has the support of over 65 of the 117 MLAs in the state. The statements in favour of Yediyurappa came following the Chief Minister’s announcement on June 6 that he would quit as the CM if the BJP asks him to leave.

Good morning!
Welcome to the live blog from Bengaluru where we bring to you the latest updates on COVID-19 vaccination drive, COVID-19, lockdown, BBMP and more across Bengaluru and Karnataka. Follow the blog to stay up to date with the state in real time.

The Karnataka government Wednesday put on hold its decision to pay Covid lockdown relief to imams and muezzins of mosques in the state from the funds of the Hindu religious endowment department. The move comes after the Vishwa Hindu Parishad (VHP) in Dakshina Kannada district opposed the decision.

Karnataka government Wednesday announced an average hike in electricity tariff by 30 paise per unit for all electricity supply companies (Escoms) for the ongoing fiscal 2021-2022. The revision, as notified by the Karnataka Electricity Regulatory Commission (KERC), would result in an average increase of 3.84 per cent.

Here are a few contacts that might come in handy for you in emergency situations: