The police have arrested at least 20 persons from Delhi, Gurgaon, Bengaluru, Pune, and Hyderabad in connection with the cases. 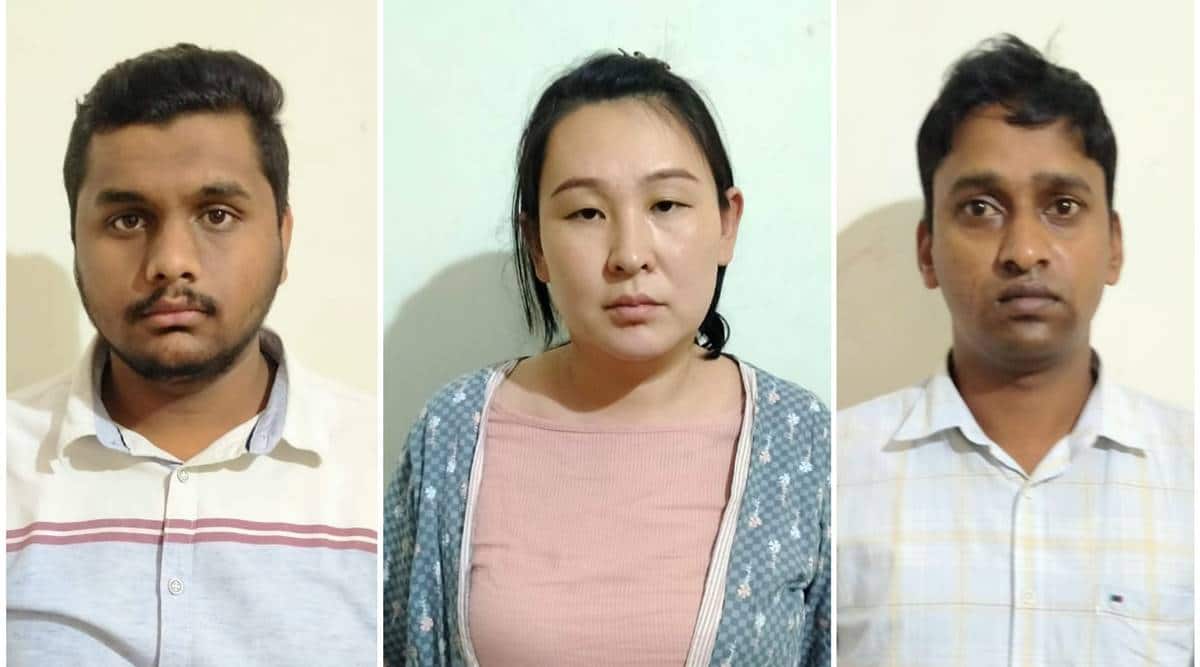 Three persons, including a Chinese woman, were arrested from Pune by Telangana police in connection to the ongoing crackdown against instant loan lending apps Sunday.

The police teams of Rachakonda Commissionerate busted a call center at Koregaon Park in Pune and arrested the Director of the company Parshuram Lahu Takve, his wife Liang Tian Tian, and Aaqib Shaik, who works as HR manager. Another director Amit Nandu Kalbhor is absconding.

Takve’s BPO services company was shut down in March 2020 due to COVID-19 lockdown and later in June, he started Jiya Liang InfoTech Private Limited. Tian Tian, a Chinese national who married Takve in 2013 and has been living on a dependent VISA in India since 2016, managed the day-to-day affairs of the company, police found.

The action against instant digital lending platforms comes in the wake of at least four suicides from across the state allegedly owing to the harassment over repayment of loans.

Based on a recent complaint alleging harassment and humiliation over repayment of loans availed through mobile phone apps, the Cyber Crime Police of Rachakonda had registered a case under section 417, 419, 420(cheating) of IPC and section 66D of IT Act. The complainant told police that he was pushed into a debt trap by nearly 14 apps that charged him an interest of over 50 percent on loan amounts.

Rachakonda Police Commissioner Mahesh M Bhagwat said that Takve did not have any valid agreement executed with the other companies or any valid licenses by their clients to run the non-banking finance company business.

“It is maintaining only a current account on the name of Jiya Liang Infotech Private Limited and shows a balance of Rs 1.42 crore. Around 650 employees working in the call center are instructed to use their personal mobile numbers to call the borrowers, their relatives, friends and insisting on repayment along with interest,” he said.

Police found 16 apps run by the client companies.  The telecallers would call up loan defaulters for seeking repayment on behalf of the companies. They abuse them in filthy language and threaten them with dire consequences for further delays in repayment, the police commissioner added.

So far, two cases against such loan app companies are registered by the Rachakonda police. Hyderabad and Cyberabad police are investigating 27 and 8 cases, respectively. In connection to these cases, the police have arrested at least 20 persons from Delhi, Gurgaon, Bengaluru, Pune, and Hyderabad.

Cyberabad police had on Friday arrested four persons including a Chinese national in connection to a similar case.

In bid to flee police, Nigerian falls to death