All political parties held their rallies but that time the situation was not so bad… The Election Commission of India should have played a proper role. Now, after criticism from Madras High Court and Kolkata High Court, they are coming forward and taking steps. 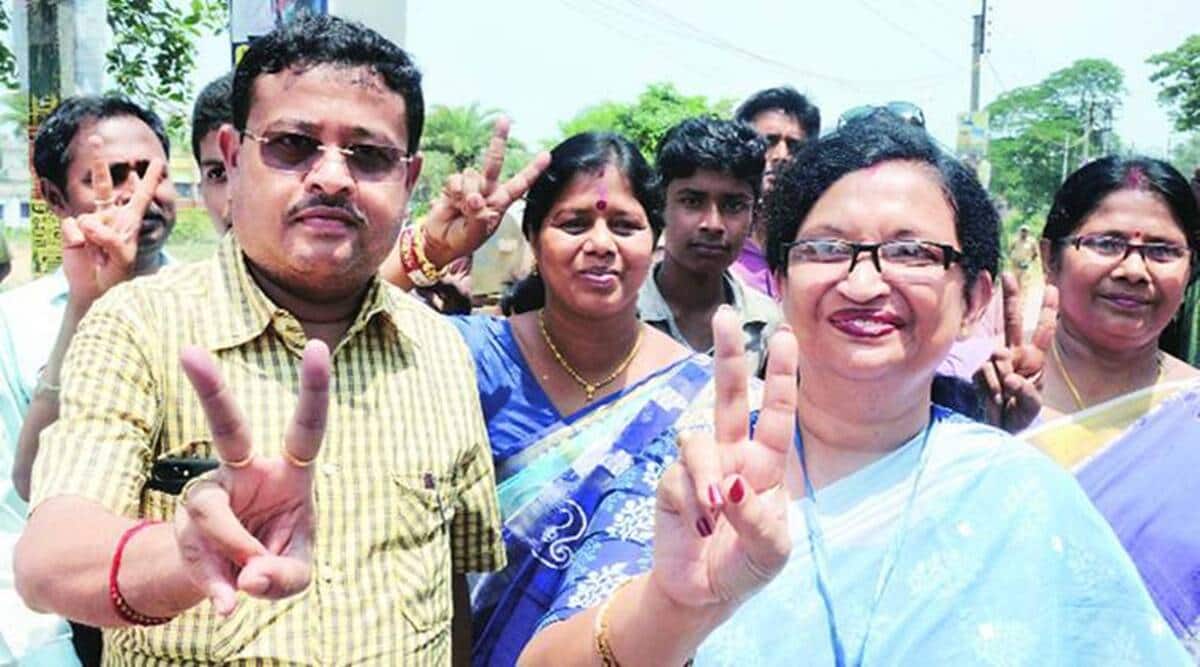 West Bengal’s Minister of State for Health, CHANDRIMA BHATTACHARYA, is leading as the TMC candidate from the Dum Dum Uttar Assembly constituency against CPM’s Tanmoy Bhattacharya and BJP’s Archana Majumdar. She spoke to ATRI MITRA on challenges related to the second Covid wave, the government’s preparedness and the role of the Election Commission. Excerpts:

What should be the first thing the health minister should do to combat the second wave of Covid in West Bengal ?

The health department is already working. I want to make it clear that it is a continuous process. It was being monitored under the leadership of Chief Minister Mamata Banerjee. First thing we did was to increase the number of beds for Covid patients which gave us a dividend in the first phase (of elections) too. Regular monitoring was being done.

What are the five areas which need attention?

Campaign and awareness programmes are again to be increased… Second, we have to combat the increasing rate of the infection and third, obviously, to deal with the requirement of oxygen… Vaccination is also a major area.. Chief Minister has already announced that vaccine will be given free of cost. So, we have to arrange a sufficient number of vaccines. The Central government has no vision. Sufficient supply should be there.

Do you think the Covid situation will deteriorate in West Bengal?

There is no question of deterioration. We are monitoring the situation continuously. People are also aware…

How far can election rallies by political parties and the role of the Election Commission be held responsible for the spread of Covid in West Bengal?

All political parties held their rallies but that time the situation was not so bad… The Election Commission of India should have played a proper role. Now, after criticism from Madras High Court and Kolkata High Court, they are coming forward and taking steps. We complained a number of times that ECI is working at the behest of one particular political party.

They should have taken care earlier. Now, they are saying that counting agents need to have Covid tests done. What about polling agents?… Election phases could have been clubbed.

West Bengal produces oxygen yet there is alleged scarcity and instances of black marketing.

There is no scarcity… Health Department is monitoring the situation and the government is also strictly monitoring… if anybody is found hoarding or creating artificial demand, then the administration will take action… this scarcity should be addressed by the Central government. However, we are taking all measures to meet the demand.

From lack of hospital beds to ambulances and infrastructure, is Bengal equipped to handle a bigger Covid crisis in the second wave ?

There is no scarcity of beds. From last year, we have actually increased the number of beds. Ambulance system is working and we are monitoring the helpline continuously. Our officials are also very very keen…

What should be the role of the Centre?

Instead of helping, they basically did politics all throughout. They should have provided monetary help to the state governments but they did not. They are not giving their own money. This is people’s money. They have a step-motherly attitude towards Bengal. If they had genuine concern for Bengal, Assembly polls would not have been held in eight phases.

Long queues are seen and sometimes hospitals are running out of vaccines. On May 1, mass vaccination will start.

First of all, the number of vaccines which are required should be ensured by the Centre… Instead of giving it to state governments, they were exporting the vaccines. They could have done that after fulfilling the needs of the nation… Now, they are saying that the state government should buy vaccines from the manufacturer on their own. But the Central government should ensure that the supplier has sufficient numbers of vaccines. It is their duty.

Women’s football is for all: Sarai