A special repatriation flight by the Indian Air Force, carrying 168 passengers from Kabul — including 107 Indians — landed at the Hindon airbase on Sunday morning. Two minority MPs, Narinder Singh Khalsa and Anarkali Kaur Honaryar and 23 Afghan Sikhs were among the evacuees.

The flight landed at the base around 10 am and all passengers were tested for Covid. Many passengers at the IAF base said they had no idea where they will be staying in India now. Rajiv Malik, who reached India with his wife and kids, said “I am lucky that my brother has come to receive me. But I don’t know what I will do here. I built a life there…it’s all gone. Earlier, we thought we could stay in Afghanistan but the Taliban men started burning houses in the area. I am happy my family got saved in time.”

An Afghan woman, who came with her two children, told the media, “ There was a lot of chaos at the airport. I thought they (Taliban) would ask us to stay back. My neighbours and friends saved me. The flight was delayed by four-six hours but I am happy to be here now. My children won’t have to live there”

Sources said the departures were delayed owing to “logistics issues” at Kabul airport Saturday — it is still under the control of US forces. There is chaos outside the airport with the Taliban controlling the access points.

Another group of 87 Indians and two Nepalese nationals, who were flown in an IAF aircraft to the Tajikistan capital of Dushanbe from Kabul on Saturday, arrived in Delhi this morning, news agency PTI reported. Separately, a group of 135 Indians, who were earlier evacuated from Kabul to Doha in the last few days by the US and NATO aircraft, also returned to India. It is learned that the Indians evacuated to Doha from Kabul were employees of a number of foreign companies that were operating in Afghanistan, PTI added. 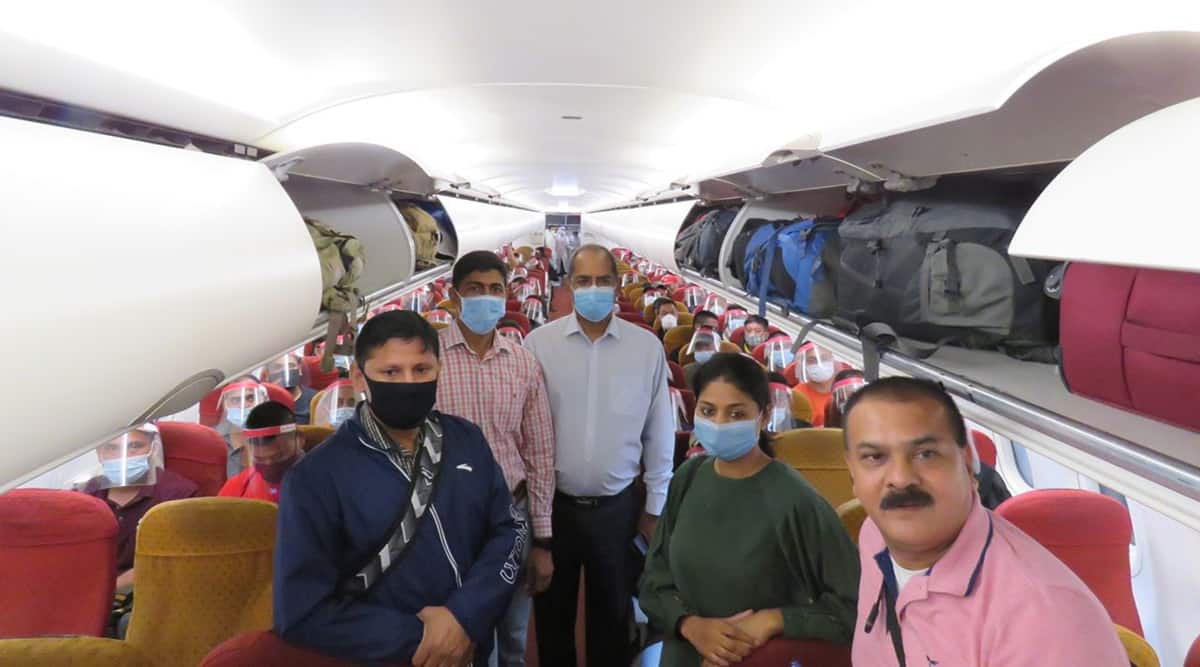 The first two evacuation flights, operated with IAF C-17 aircraft, flew out around 200 people — over 40 last Monday, and around 150 people, including Indian diplomats, officials, security personnel and some stranded Indian nationals, Tuesday. These missions were accomplished with US support.

Following the two evacuation flights, the Ministry of External Affairs said the focus now will be to ensure the safe return of all Indian nationals from Kabul. The MEA said the immediate priority for the government is to obtain accurate information about all Indian nationals currently in Afghanistan. It has also requested Indians and their employers to urgently share details with the special Afghanistan cell.

According to a rough estimate, the number of Indians stranded in Afghanistan may be around 400 and India is looking at ways to evacuate them by coordinating with the US and other friendly countries.

Vadodara: Student from Zimbabwe jumps off moving truck, run over by another vehicle

Martin Sheen Is Ready For A 'West Wing' Reboot