Makhan Lal Bindroo, who ran one of the Valley’s most trusted and popular pharmacies, set up back in 1947, was killed Tuesday evening by suspected militants while he was at his store in Srinagar. 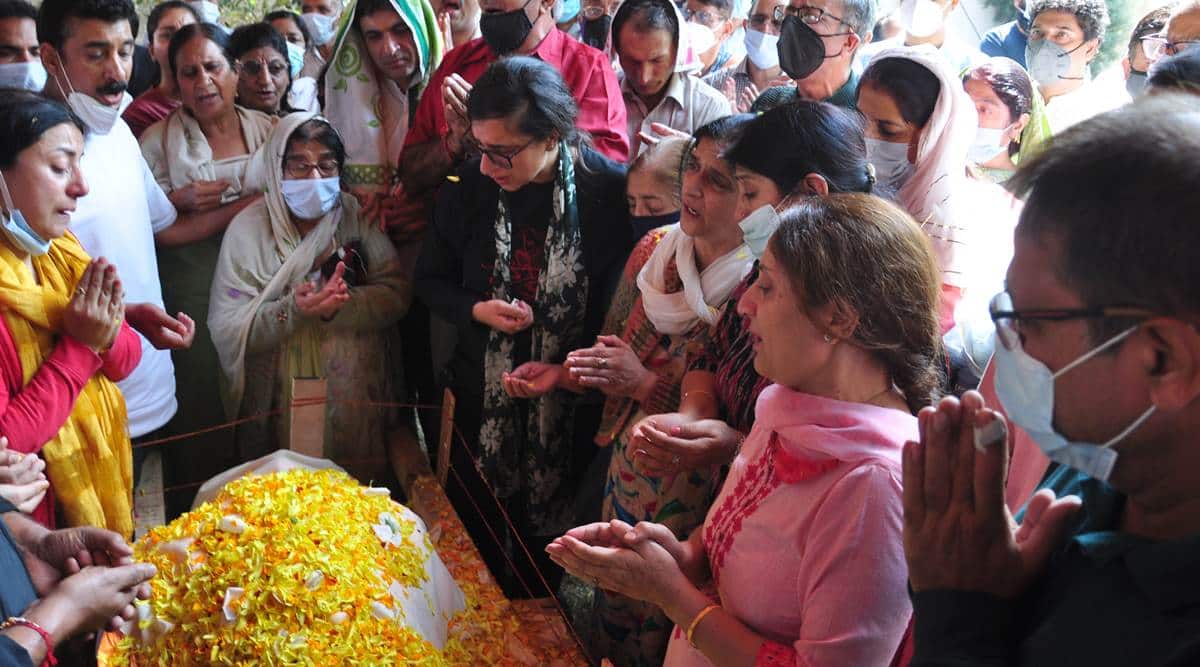 There is rage on social media and the separatists and mainstream political parties are united in their condemnation. For the first time since the abrogation of Jammu and Kashmir’s special status, a civilian killing has sparked such rage in the Valley.

Makhan Lal Bindroo, who ran one of the Valley’s most trusted and popular pharmacies, set up back in 1947, was killed Tuesday evening by suspected militants while he was at his store in Srinagar. There are no leads yet on the killing, though an unverified statement by The Resistance Front, which police say is a front for Lashkar-e-Toiba (LeT), claimed responsibility and termed Bindroo an “RSS ideologue”.

It’s not just his reputation as a go-to man for any medicine that made Bindroo, 68, a household name in Srinagar. His family was among the few hundred Pandit families who decided to stay on when militancy forced the others out. As Bindroo’s pharmacy gained popularity, he expanded his business.

On Wednesday, Shraddha released an emotional video saying her father had said he would never die. “I am an associate professor, I started from zero. My father started from his bicycle. My brother is a famous diabetologist, my mother runs a shop… This is what Makhan Lal Bindoo made us,” she said. “A Kashmiri Pandit, he will never die, You just killed the body. I being Hindu, I have read the Quran and the Quran says that only the body dies, the soul remains intact. Makhan Lal Bindroo is alive in spirit.”

She dared the persons who had killed him to show their face. “Mister who shot my father while he was working, if you have the guts, come and debate with us… You can only pelt stones and shoot in the back.”

Shraddha added: “He (Bindroo) gave us education, and their parents gave them stones, pellets and bullets… Kashmiri Pandits gave their children education, they are spread all over the world… Padhai likhai karo, tabhi uthoge (when you study, only then can you progress)… Nothing is going to come out of stone-pelting. May Allah give you good thinking”.

The statement released purportedly by the TRF attacked both Bindroo and Shraddha. “He (Bindroo) was (an) RSS ideologue and has been organising seminars and secret meetings involving Kashmiris, especially youth, in the name of health activities… We only target those involved in the anti-Kashmir cause. We don’t use religious cards in carrying out our operations against stooges and collaborators. We don’t target innocents… We carried out his operation after proper investigation and surveillance… Those condemning this attack should introspect what they are condemning.”

Accusing Shraddha of targeting Kashmiris, the TRF said: “The real face of Bindroos has (been) exposed.”

However, its claim had few takers. Criticising the killing, the Hurriyat Conference led by Mirwaiz Umar Farooq called it “an act of violence against fellow humans and humanity”. Its statement also noted that Bindroo “had been dedicatedly serving the people of the Valley for the last many decades”.

Apart from Bindroo, two other civilians were killed in Srinagar Tuesday, adding to the spurt in violence in the Valley in recent days. Former chief minister Mehbooba Mufti said that after the killings, “the GoI’s fake narrative of normalcy lies in tatters”. In her tweet, she slammed “the utterly desensitised government that has devalued human lives and pushed J&K into further peril and chaos by its ruthless policies of collective punishment, all in the garb of security”.

Sterling K. Brown Thought He Avoided Another Scare From Ellen, but Boy, Was He Wrong