Premji was speaking at the 66th convocation of Gujarat Vidyapith where he was the chief guest. 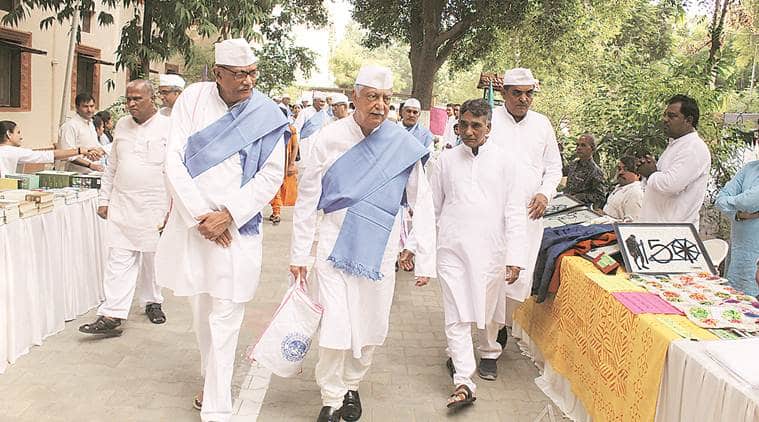 Wipro founder Azim Premji on Tuesday referred to trusteeship as “a classic Gandhian method” that puts the onus of becoming trustees on those who have the wealth and said that Gandhian views and ideas resonated with him much before he became wealthy. Premji was speaking at the 66th convocation of Gujarat Vidyapith where he was the chief guest.

“There is no doubt that many people will be skeptical of the effectiveness of trusteeship approach to build a better world… They are basically doubting the Gandhian belief in non-violence and the nature of human beings. My belief is that in the long-term, this approach will be more sustainably effective in contributing to a better world,” he added.

Premji urged the graduating students to uphold Gandhi’s values of integrity, hard work, fairness and justice, empathy and humaneness, “irrespective of what you do in life”. A total of 688 degrees and diplomas were awarded to students at the convocation.

In her address, University Chancellor Elaben Bhatt expressed concern over the challenges in today’s world. “There is an increase in fake news. Democracy in many countries is in an emergency situation. We usually read that we are moving towards a new world war. We do not know which culture is trying to dominate the world and under which name…” Elaben said.

“One has to get associated with the society to understand its problems. By getting enrolled at Gujarat Vidyapith, this association has been stronger,” said Rana who has already enrolled for MA in the same university.

Among the batch of 30 students in post-graduate diploma in Yoga, 62-year-old Somwat Singh was the oldest, nearly 40 years elder to the youngest student in his class.

A retired chief electrical engineer from ONGC, Somwat said, “The reason for taking up yoga at this age is to remain fit and healthy. At Gujarat Vidyapith, we get to learn yoga in its original form, as written in our scriptures and vedas; not customised as per demand.”

‘Steps being taken to resolve issues of homebuyers’

Philip Pullman's latest book, ‘The Secret Commonwealth’, is adventure for an anxious age

Bigg Boss 14: Do you think Jasmin Bhasin was unfair to Rahul Vaidya for not giving him a chance to return to the green zone? — vote now

Salman Khan cycles to Bigg Boss 13 sets in Mumbai, watch as he navigates through traffic without his army of bodyguards