Sources in the Gujarat Maritime Board said the vessel, which travelled from Mumbai, dropped anchor at Alang at 7 pm on Saturday. 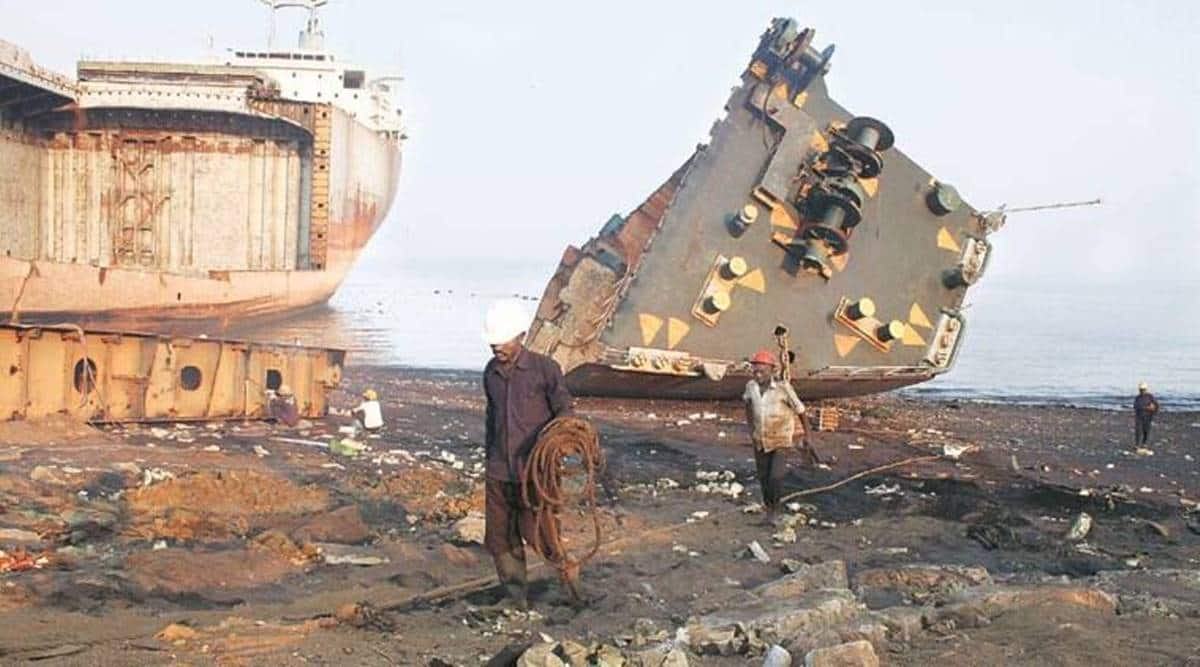 Having failed to resume operations after the Covid-19 lockdown, MV Karnika, a dolphin-shaped luxury cruise vessel that has its home port in Mumbai, reached Alang ship-breaking yard Saturday where it is set to be dismantled.

Shree Ram Group, the shipbreaker which had bought aircraft carrier INS Viraat, has purchased the 14-deck cruise liner as scrap.

“We have bought the vessel for US $12.3 million. It will be the biggest passenger cruise liner we will be breaking. We have broken passenger ships that are half the size of this vessel earlier,” Mukesh Patel, chairman of Shree Ram Group said. “We got this passenger ship from London-based firm NKD Maritime Ltd which had participated in an auction carried through the Mumbai High Court,” Patel added.

Sources in the Gujarat Maritime Board said the vessel, which travelled from Mumbai, dropped anchor at Alang at 7 pm on Saturday.

MV Karnika, was the maiden cruise ship acquired by Jalesh Cruises, a sister company of Essel Group. With a capacity to carry 2,014 passengers and 621 crew members, the vessel had commenced operations in Mumbai on April 2019. Initially, it sailed between Mumbai and Goa and later to the Middle East.

The vessel that underwent five retrofits (last one was in 2018) has 837 staterooms, eight dining venues which includes a waterfront restaurant, two swimming pools, a spa and fitness complex on two decks, a marquee theatre, wine room, casino, bars, kids centre, jogging tracks, volleyball and basketball courts among others.

Operations of MV Karnika had come to a standstill after creditors arrested the vessel through an order of the Admiralty Court on March 17, 2020. Though attempts were made to restart the vessel, the company officially discontinued operations in October.

The ship, built in 1990 in Italy, is currently 30 years old and has a gross tonnage of 70310. The 14-deck large premium cruise vessel first launched as “Crown Princess” and was owned by P&O Princess Cruises. It changed hands a few times (was renamed A’rosa Blu, AidaBlu, Ocean Village Two, Pacific Jewel), before the firm established by Essel Group India bought it. The vessel was rechristened “Karnika” in Mumbai port on April 2019.

Here’s how long working hours can cause underactive thyroid

Plastic surgeon reveals how to get a waist like Kim Kardashian