The prime accused claimed to be a member of the core advisory committee in the Prime Minister's Office. The accompanying accused, a senior journalist from Vadodara, had introduced him as a PMO official to the authorities at the Statue of Unity. 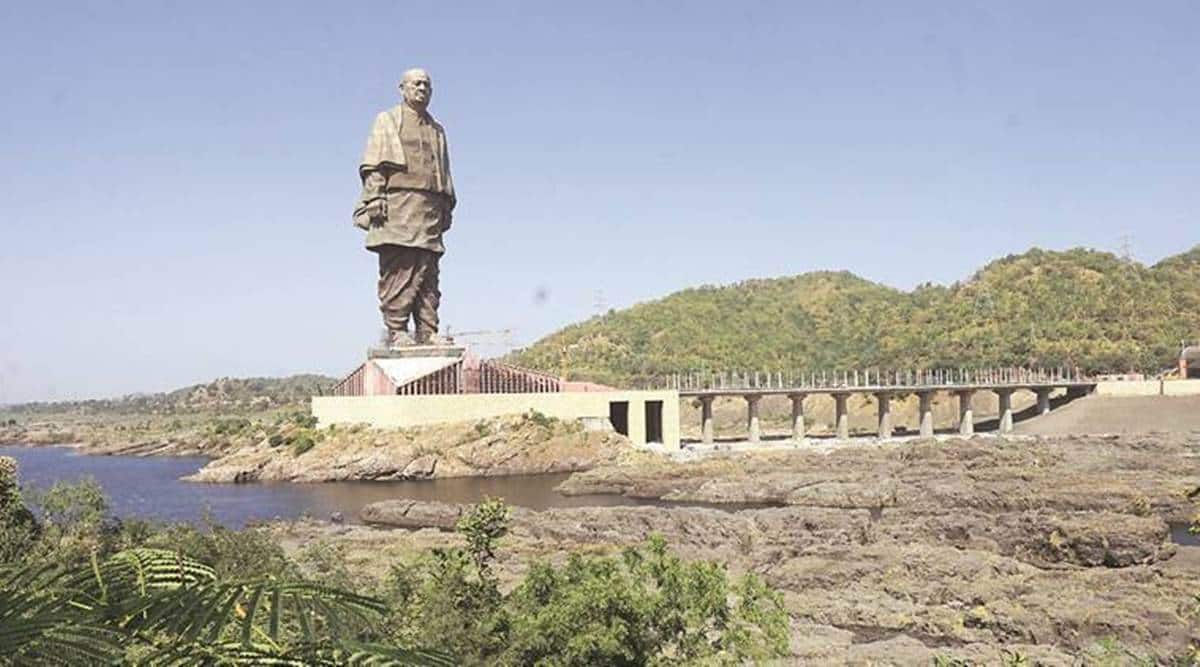 A local court in Narmada district Saturday remanded two accused, one of whom allegedly impersonated an official of the Prime Minister’s Office (PMO) during a visit to the Statue of Unity on July 17, to two days in police custody of Kevadia police station.

According to the police remand application, the man who claimed to be a member of the core advisory committee in the PMO to Prime Minister Narendra Modi is not an employee of the PMO or any person having any official designation as an external consultant with the advisory committee. The police have also said that the man had been in Gujarat for four days and interacted with government officials in other places that he visited such as Ambaji in Banaskantha district and Becharaji temple in Mehsana.

Police Inspector PT Chaudhari of Kevadia Police Station, where the Statue of Unity Area Development and Tourism Governance Authority (SOUADTGA) has filed a complaint against the impersonator and the accomplice, told The Indian Express, “The main accused is a man from New Delhi, who claims that he is a philanthropist and has contacts with government officials in New Delhi. But he is not an official of the PMO, as he claimed in his introduction to possibly seek VIP treatment at Statue of Unity. The accompanying accused, who is a senior journalist from Vadodara, had introduced the prime accused as a PMO official to the authorities here.”

“During our investigation, it has come to light that the impersonator had been in Gujarat since July 13 and even visited Ambaji and Becharaji temples. His call records show that he had been in touch with government officials in these places. We are probing if he used his fake identity to mislead any government department,” the inspector said.

Police officials also said that the PMO has been following the case after receiving an intimation from the SOUADTGA about the said visitors.

“We are also probing if it was only a case of impersonation for benefits or is there a political angle to the visit because access to the best facilities at Statue of Unity is available without having to impersonate,” the official said.

The FIR filed at the Kevadia police station late on Thursday by a police sub-inspector (PSI), A D Rathwa attached to SOUADTGA says that the accused established contact with the officials of SOUADTGA through the district administration and sought a complimentary visit to the Statue of Unity. When officials said that they had not received any official intimation from the PMO about a visit from an advisor to the Prime Minister, the accused agreed to book tickets to the Statue of Unity for five persons through the online booking system from their mobile phones.

On Friday, the senior journalist from Vadodara was arrested and the Kevadia police officials also arrested the New Delhi resident.

The accused have been booked under IPC sections for pretending to hold a particular office as a public servant, knowing that he does not hold such office and impersonating as an official (170) as well as abetment of crime (114).