The first blow came at dawn, when Taher was informed that the body of his eight-year-old granddaughter Amera had been found near Falaknuma, a little over 2 km from the family's home in Palace View Colony in Bandlaguda. 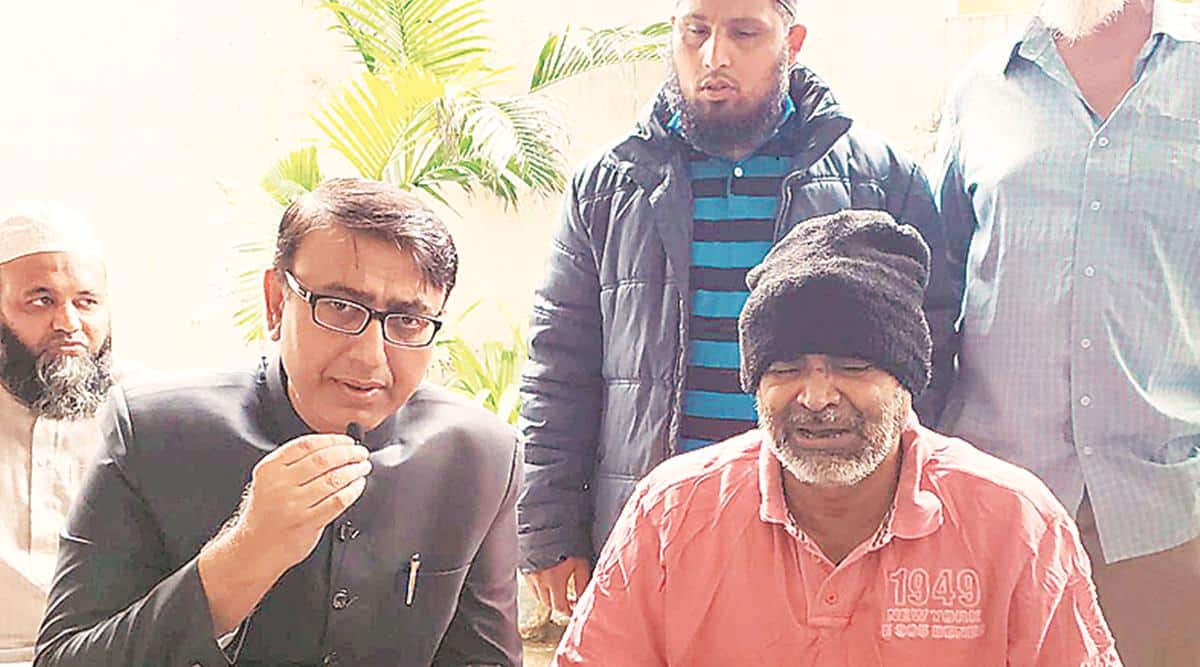 All through Thursday, the day after extraordinarily heavy rain wreaked havoc on Hyderabad, 60-year-old Mohammed Abdul Taher Qureshi received one bad news after another — until he could no longer bear it. Four members of Taher’s immediate family are dead; another four, including his five-year-old grandson, are missing. In just one day, the world of the retired state transport corporation driver has come crashing down around him.

The first blow came at dawn, when Taher was informed that the body of his eight-year-old granddaughter Amera had been found near Falaknuma, a little over 2 km from the family’s home in Palace View Colony in Bandlaguda. Over the next few hours the bodies of his three daughters-in-law, Farzana Tabassum, Dharaksha Qureshi and Humera too, were found in the canal near Falaknuma. In the afternoon, when Amera’s body was brought before him, Taher could no longer hold himself back, and collapsed in uncontrollable sobs.

All eight members of Taher’s family, the dead as well as the missing, were swept away by floodwaters that surged through the city that was pounded by incessant rain that began on Tuesday evening. The last time Taher saw them was between 12.30 am and 1 am on Wednesday.
“It was some time after midnight. We heard the loud sound of a wall collapsing, and all nine of us, including my two grandchildren, came out of the house,” Taher said.

“We were standing on the staircase. There was water all around, the current was very strong, and it was dragging vehicles along. Suddenly, the staircase started shaking and crumbled. As all of us fell into the raging water, my younger brother Saddam Qureshi, pushed me away to safety, but he was swept away himself. In the blink of the eye, I lost eight members of my family,’’ Taher wailed.

Saddam, 55, also a retired employee of the government, was missing until late on Thursday evening – as were Taher’s two sons, Mohammed Abdul Wajeed Qureshi and Mohammed Abdul Wasay Qureshi, and his grandson Abdul Wahab, 5.

Wajeed works for the consultancy and outsourcing multinational CapGemini, while Wasay has recently returned to India from Saudi Arabia, Irfan Qureshi, a cousin of the brothers, told The Indian Express.

Wajeed’s wife, Farzana, was 24; Wasay’s wife, Dharaksha, was 30. The third woman whose body was found, Humera, was the wife of Taher’s third son, Wasif, who works in Saudi.

Mailardevpally Police Station Inspector K Narasimha said several teams of the police and disaster management agencies were searching for those who are still missing. “We are still looking. They may have been swept away farther than we initially thought,” he said.

The deep depression that dumped a record 324 mm rain on Hyderabad over Tuesday and Wednesday, inundated several low-lying residential areas that remained under water on Thursday as well. In neighbourhoods where the water receded, residents encountered thick layers of slush, mud and debris inside their homes.

“Most areas that were submerged in the city’s south zone are Muslim-dominated localities where houses have come up on water bodies or nullahs. Entire housing societies went under 10-15 feet of rainwater because they were built on water bodies or drains that were filled up and encroached upon. The streets became rivers as the rain came down,” said Amjed Ullah Khan, former corporator and leader of Majlis Bachao Tehreek, who is involved in the relief and rescue.

Flash floods were reported in over 125 areas in and around Hyderabad. The worst affected were areas in the Old City, and Begumpet, Mailardevipally, Bandlaguda, Lingampally, Ramanthapur and Malkajgiri.

In Ramanthapur, women of Ravindra Nagar angrily accosted local MLA B Subhash Reddy, and accused him of not doing enough to get the 4-5 feet of water out of the colony, and ensuring the supply of drinking water and other essentials to stranded residents.

Police and National Disaster Response Force rescued several people from flooded homes and moved them to community halls or shelters. In many areas, vehicles parked in basements were completely submerged. “Underground water storage tanks and sumps were flooded all over the city. We have advised people to clean them thoroughly before use. We are also distributing chlorine tablets,’’ an official of the Greater Hyderabad Municipal Corporation said.

“Hundreds of cars, bikes and other vehicles were washed away in the flood. Most of them cannot be used again and will have to be written off,’’ an insurance official said. Shops and business establishments in basements have been completely destroyed in many places. An official of the Federation of Telangana Chambers of Commerce and Industry said the loss or damage to property ran into hundreds of crores.

Municipal Administration and Urban Development Minister K T Rama Rao said on Thursday that all lakes, ponds and reservoirs in the state were full. Several lakes and ponds in Hyderabad were breached, and flooded nearby residential areas.

Virat Kohli to Mushfiqur Rahim: Milestones to watch out for in IND vs BAN Test series