The state had began rounding up the destitute and homeless from across Goa soon after three men, with history of foreign travel, tested positive for COVID-19 on Wednesday. Those picked up from Madgaon, around 90, were placed at a shelter home 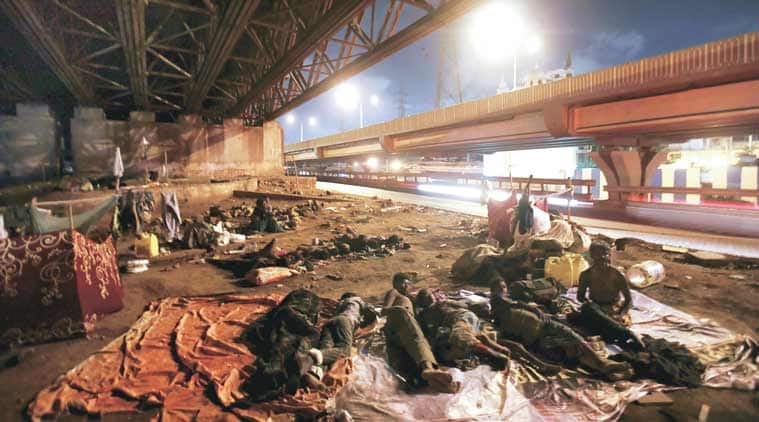 Faced with the challenge of providing shelter to the hundreds of the homeless to restrain the spread of COVID-19, the Goa government has selected six places in South Goa district that would function as temporary shelters.

This was done after around 90 homeless people kept at the state designated shelter home in Madgaon escaped on Thursday morning. Following this, the South Goa district collector issued orders invoking the Disaster Management Act, 2005, in the afternoon for converting the Madgaon railway station into a temporary shelter. As this too didn’t work out, the government has now zeroed in on six other locations.

The state had began rounding up the destitute and homeless from across Goa soon after three men, with history of foreign travel, tested positive for COVID-19 on Wednesday. Those picked up from Madgaon, around 90, were placed at a shelter home. They were given food at night, but the next morning, the shelter home was found empty.

“It was then we realised that perhaps there is a behavioural problem as the streets had become their home. We had thought that since most of these people on a regular basis stay at the platform, it will be a good choice and hence, we had requisitioned Madgaon station,” said Ajit Roy, Collector of South Goa.

But the authorities soon realised that housing the homeless at the Madgaon station, will pose a major challenge to the operation of freight trains, which are still ferrying essential commodities. On Friday afternoon, officials from Konkan Railway approached the collector, urging that the homeless be shifted to some other location.

“We realised that keeping them at the station will be a challenge and so now, we have identified six places where we will station the homeless. We will also post guards to ensure they don’t leave,” Roy said.

The 90-odd homeless people, who are still at Madgaon station, will be moved to the other shelters over the next 24 hours.

For all the latest Goa News, download Indian Express App.

Maharashtra releases over 7,200 prisoners to check overcrowding in jails

‘My stories emerge from my travels,’ says director Santhakumar