Appealing to voters to give BJP a chance in the Greater Hyderabad Municipal Corporation (GHMC) elections, Shah, talking to the media, said that the TRS and AIMIM have completely failed to develop a reliable infrastructure in the city. 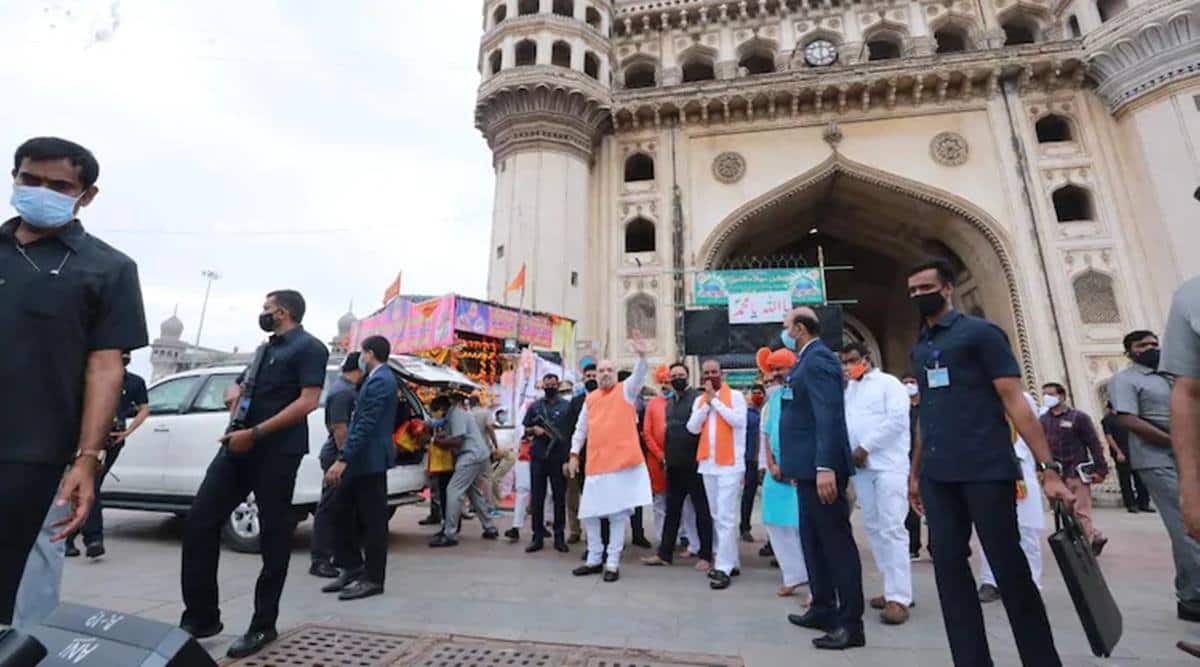 Targeting the ruling Telangana Rashtra Samithi (TRS) and  Asaduddin Owaisi-led All India Majlis-e-Ittehadul Muslimeen (AIMIM) over the recent floods in Hyderabad, Union Home Minister Amit Shah on Sunday promised that the BJP would develop Hyderabad into a global IT hub by providing civic infrastructure.

Appealing to voters to give BJP a chance in the Greater Hyderabad Municipal Corporation (GHMC) elections, Shah, talking to the media, said that the TRS and AIMIM have completely failed to develop a reliable infrastructure in the city.

“Hyderabad can become a global IT hub, but the TRS and AIMIM, who rule GHMC, failed to develop proper infrastructure. Recently, the city got flooded and 7 lakh families were affected. During the last six years, the TRS and AIMIM failed to lay even a single new stormwater drain or desilt the existing ones. The AIMIM encourages encroachment everywhere, including on water bodies, which block the flow of water causing the flooding,” Shah said.

Shah also criticised Telangana Chief Minister K Chandrashekar Rao over his handling of the floods in the city. “Where was KCR when half the city was flooded? The localities opposite the CM’s residence were also affected but he was missing in action. Neither he called a meeting of GHMC officials or corporators,” he said.

Shah also criticised KCR for not visiting the secretariat for several years. He questioned KCR for allegedly not implementing plans announced after winning in the December 2018 Assembly elections.

Shah accused the TRS and AIMIM of entering into a secret pact while publicly denying it. “`We don’t have a problem if TRS has a tie-up with AIMIM. But why hide it? Why doesn’t the TRS have the guts to accept that they have an understanding with AIMIM,” he said.

Shah, who arrived in the morning, participated in a roadshow in Warasiguda in Secunderabad. Campaigning for the GHMC elections ends today and polls for the 150 seats will be held on December 1.