The largest gathering against CAA was reported in Osmanabad town, where an estimated 10,000 people marched for 1.5 km between 12 pm and 3 pm. 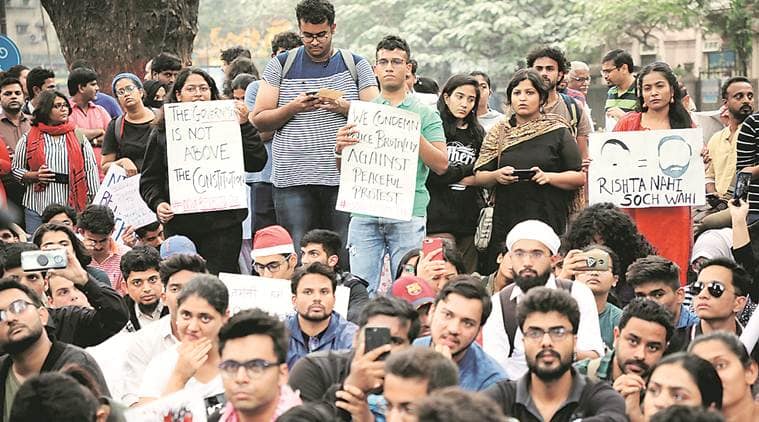 FOUR DISTRICTS of Maharashtra on Thursday witnessed rallies in support as well as against the Citizenship Amendment Act (CAA) and the National Register of Citizens (NRC). No untoward or violent incidents were reported anywhere, the police said.

The largest gathering against CAA was reported in Osmanabad town, where an estimated 10,000 people marched for 1.5 km between 12 pm and 3 pm. “It was a silent protest attended by people of all faiths… it was peaceful,” said Raj Tilak Roushan, Osmanabad SP. However, keeping in mind that protests in Akola, Beed and Hingoli districts had turned violent last week, the local police deployed 250 personnel and two platoons of the State Reserve Police Force in Osmanabad town.

In Akkalkot town in Solapur, around 5,000 people marched for 2 km till the tehsil office and submitted a memorandum of demands to the official. Sub-Divisional Police Officer Santosh Gaikwad said the protest was organised by local Muslim organisations.

In Amravati town, the BJP took out a two-hour-long rally in support of the new citizenship law. DCP (Zone II) Shashikant Satav said that around 6,500 people marched for 2 km.