Among the projects unveiled was a four-lane flyover near the Teripulia crossing that is worth Rs 88 crore. The Union ministers also laid the foundation stone of a Rs 180-crore flyover project near Khurram Nagar. 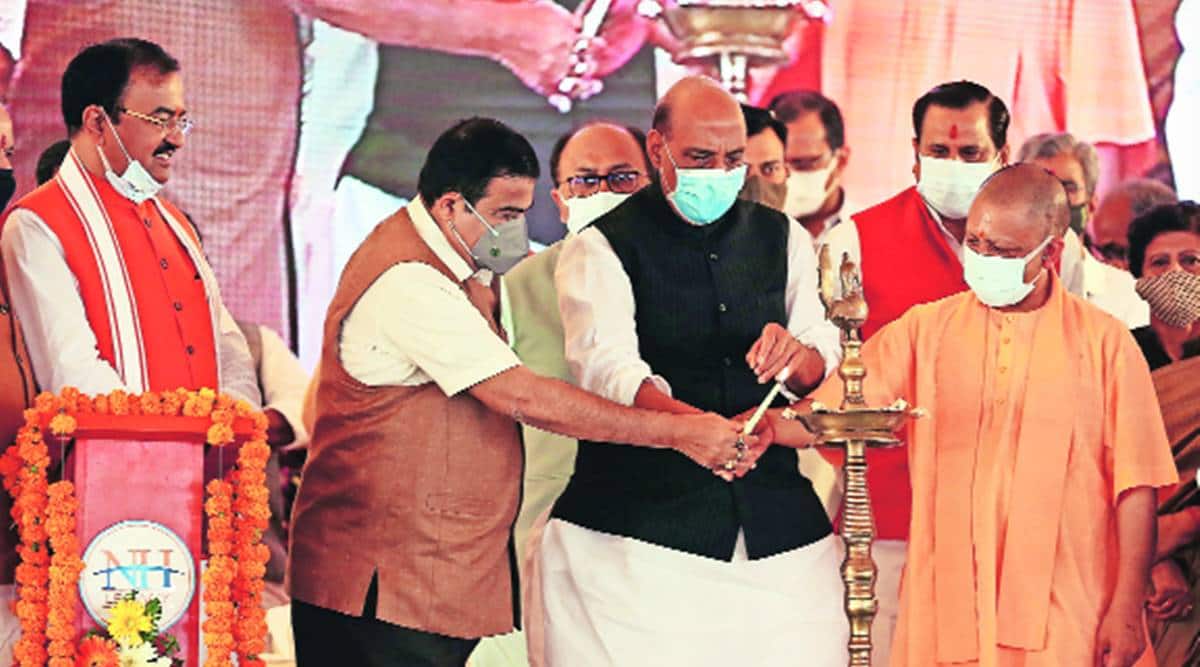 Among the projects unveiled was a four-lane flyover near the Teripulia crossing that is worth Rs 88 crore. The Union ministers also laid the foundation stone of a Rs 180-crore flyover project near Khurram Nagar.

Rajnath Singh, who is also the MP from Lucknow, listed several road projects that are required to decongest traffic in the capital city such as a flyover project near the Engineering College and an elevated road leading to the Sanjay Gandhi Post Graduate Institute of Medical Sciences. Such projects were also required to control pollution, Singh added.

The defence minister also provided details of projects already undertaken and those in the pipeline or in the proposal stage, and said he was required to give his report card as an MP. Singh said he was confident that in the next few years, Lucknow would be among the top three cities of the country because of its pace of development.

Claiming that India holds the world record for the fastest construction of roads, Gadkari said the work to build the Lucknow-Kanpur expressway would begin in the next few months and completed by the end of 2022. The National Highways Authority of India (NHAI) was also pursuing the construction of the “Chambal Expressway” that would connect Etawah to the Delhi-Mumbai Expressway in Kota. The road minister said he clears all the projects that come before him.

The minister told the audience that the NHAI was ready to undertake the construction of the Chaurasi kosi parikrama marga in Ayodhya.

“The politics of the 21st centuary is that of progress and development and that is why the prime minister has taken the resolve of self-reliant India,” Gadkari added.

One of those records was achieved by building 37 km of national highway per day despite the Covid-19 pandemic, Gadkari said, adding that completing the construction of 2.5 km of the Mumbai-Delhi Expressway in 24 hours had made it to Guinness Book of World Records. The third record was set by building 25 km of bitumen road connecting Solapur and Bijapur in a day, according to the minister. “Now, India has got the top rank in fastest construction of roads,” Gadkari said.

Chief Minister Yogi Adityanath said his administration had taken over the construction of a new green field corridor using both the banks of the Gomti river, and claimed this would become the lifeline of Lucknow. He said on request from Rajnath Singh, several projects had been undertaken, including the greenfield expressway between Lucknow and Kanpur.

Relief kits for those returning home

Do Kimberly Guilfoyle and ‘Junior Mint’ have their sights on the White House?