While around 30 firemen rushed to the spot, only six were tasked with entering the building as it is a Covid-19 hospital. 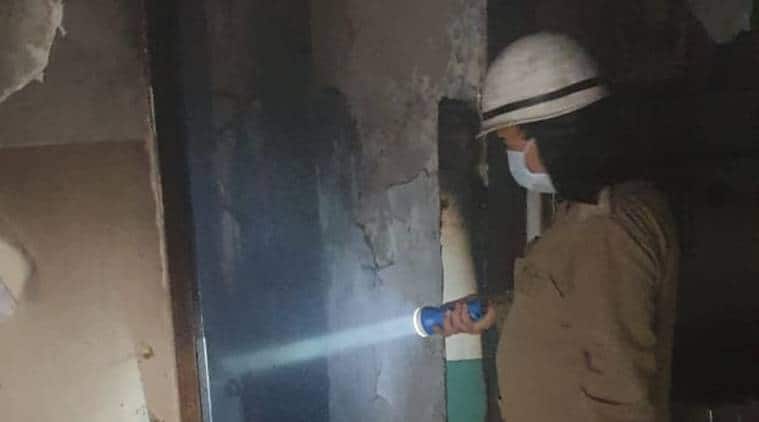 All eight coronavirus patients were evacuated after a fire broke out at a Covid-19 hospital in South Delhi around 5.55 pm Saturday. Eight fire tenders were rushed to Cygnus Orthocare hospital in SDA, and the fire was doused around 7 pm.

Delhi Fire Service chief Atul Garg told The Indian Express, “The fire broke out on the third floor of the building, where the operation theatre and recovery room are. Eight Covid-19 patients, including three women, were admitted at the hospital at the time, and all of them were timely evacuated by the firemen.”

Garg said that by the time the eight fire tenders reached the spot, most of the staff was already outside the building. “The patients were in their rooms, and were carefully guided out by the firemen. Once that was done, efforts to douse the fire began. We are ascertaining the extent of damage,” said Garg. He said that the rest of the floors were filled with smoke, while portions of the third floor are gutted.

The building comprises a basement, a ground floor and three floors on top of that. “No other patients were admitted apart from the eight Covid-19 patients at the hospital,” said Garg.

He said that while around 30 firemen rushed to the spot, only six were tasked with entering the building as it is a Covid-19 hospital.

“Extra caution has been taken due to the nature of the patients. The staff is at the hospital right now and being sanitised by healthcare workers there,” said Garg.

Marjaavaan: Riteish Deshmukh thanks Shah Rukh Khan for coming to the aid of his dwarf character | Bollywood Life