In his speech, the teenager had encouraged the crowd to abduct Muslim women and “warned” those with a “terrorist mindset” that if he can “go to Jamia in support of CAA”, “Pataudi is not very far”. 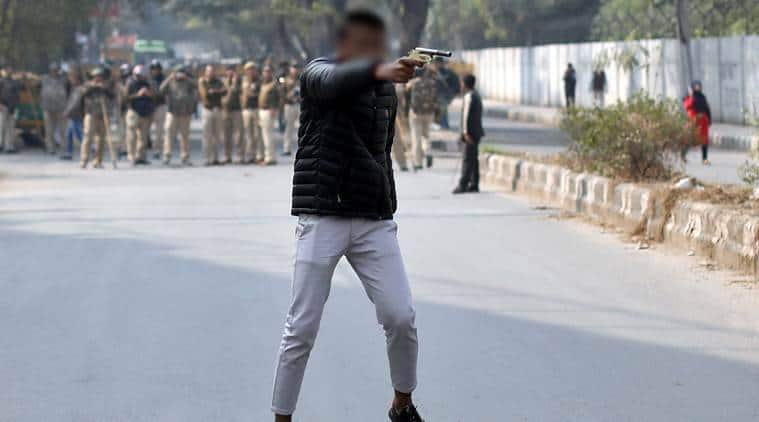 A week after the teenager, who had opened fire at a group of anti-CAA protestors in Jamia last year, reportedly made a provocative speech at a mahapanchayat in Pataudi, an FIR has been registered against him for promoting enmity, and insulting a religion and its beliefs.

In his speech, the teenager had encouraged the crowd to abduct Muslim women and “warned” those with a “terrorist mindset” that if he can “go to Jamia in support of CAA”, “Pataudi is not very far”.

“An FIR has been registered under Sections 153A (promoting enmity between different groups on grounds of religion, race, place of birth, residence) and 295A (deliberate and malicious acts, intended to outrage religious feelings of any class by insulting its religion or religious beliefs) of the Indian Penal Code. The accused has been mentioned by name in the complaint we have received,” said Varun Singla, DCP (Manesar).

The FIR has been registered at the Pataudi police station on the basis of a complaint submitted by a resident of Jamalpur village in Gurgaon, who has a “private business”.

“On 04.07.2021 a mahapanchayat was organized at the Ramleela Ground, Pataudi where a man… gave quite a provocative speech which could have cause riots and ruined the lawand order situation and this speech was inciting religious sentiments,” alleged the complainant.

The mahapanchayat, which took place last Sunday, had been organised to discuss religious conversion, ‘Love Jihad’, and the population control law.

In a purported video of his speech at the event that began circulating on social media on Sunday evening, the 17-year-old could be heard saying, “Pataudi se kewal itni si chetavani dena chaahta hoon, un… jihadiyon ko, aatankwadi mansikta ke logon ko, jab (main) sau kilometre door Jamia ja sakta hoon CAA ke samarthan mein, toh Pataudi zyada door nahin hai. (I want to give only this warning, from Pataudi to… Jihadis, people with a terrorist mindset, when (I) can go 100 kilometers away to Jamia in support of CAA, then Pataudi is not very far).”

In the video clip, he could also be heard saying that when they are attacked, Muslims will shout ‘Ram Ram’.

The Jamia incident had taken place on January 30, 2020, when the teenager brandished a gun at the protestors and shouted slogans of “Yeh lo azadi (Here, take azadi)”, “Desh mein jo rehna hoga, Vande Mataram kehna hoga (If you want to stay in the country, you have to say Vande Mataram)” and “Dilli Police zindabad”. One student had been injured in the incident and an FIR had been registered against the accused under IPC Section 307 (attempt to murder).

Delhi Police officials said the accused was sent to a correctional home by the juvenile justice board, from where he was released after a few months.

Demand for English medium classes in all govt schools

‘President should travel by road when in Belagavi’

7 tips to be a successful mompreneur