The protest, led by Bharatiya Kisan Union (BKU), Rajewal, on Friday saw farmers camping on the highway for hours, triggering traffic jams that went on for kilometres and made commuters sweat in the scorching summer heat. 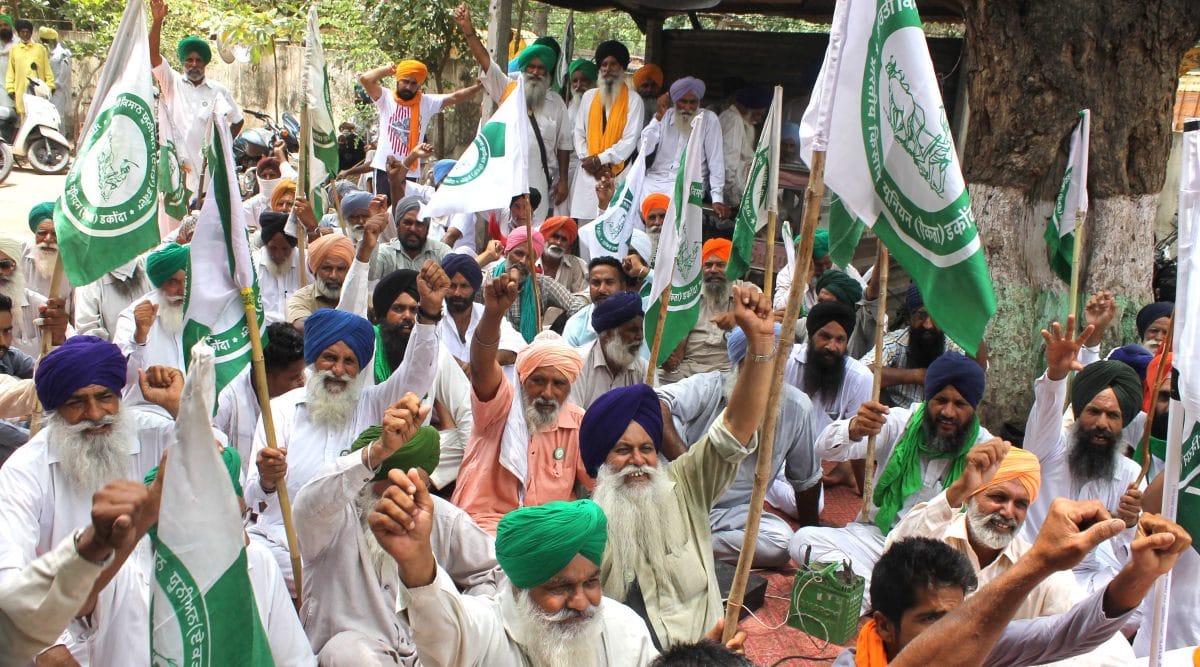 Hundreds of farmers on Friday gathered at National Highway near Bath Castle banquet hall and blocked the road for close to five hours, to vent their ire against the shortage of power in the state, which they said was impacting their paddy crops.

The protest, led by Bharatiya Kisan Union (BKU), Rajewal, on Friday saw farmers camping on the highway for hours, triggering traffic jams that went on for kilometres and made commuters sweat in the scorching summer heat.

The blockade started at around 10:00am and continued till 3:00pm, even as the police struggled hard to find alternative routes to ease the traffic flow. Sources said farmers had put up a tent on one side of the 6-lane highway and had blocked the other side by parking their vehicles. The protesters brought electric fans and also carried generator sets with them to the venue to power the fans.

During the five-hour agitation, senior leader of BKU Rajewal, Kashmir Singh, addressed the protesters at the spot and said that Punjab Chief Minister Captain Amarinder Singh had promised to supply 8-hour of uninterrupted power to the farmers during the paddy season. But now, when paddy sowing was at its peak, the farmers were only getting 4-5-hours of power supply and long power cuts had become the order of the day.

“How can farmers transplant paddy and irrigate their crops in such a situation,” Kashmir Singh asked. He said that the Centre has also increased the rates of diesel to such an extent that was not affordable to run tube wells on generator sets, which would need diesel worth Rs 2000 to 3000 daily.

The Youth Wing District president of BKU, Rajewal, Aman Jot Singh, added that till the time the state government does not supply adequate power, their protests will continue.

“If till July 5 the power supply situation does not improve then they will intensify our protests under the Samyukt Kisan Morcha banner. Some farmers may also go to Patiala to gherao Moti Mehal (the personal residence of Punjab Chief Minister),” Aman Jot Singh said.

A large number of farmers leaders and officials of gurudwaras were also present at the protest site on Friday, to support the agitating farmers.

Meanwhile, a group of SAD-BSP activists also protested at various places in Jalandhar, including Buta Mandi, Football Chowk, Jalandhar Cantt, on Friday against the power supply crunch in the state.

A group of BJP leaders and workers too staged a protest during the day in various parts of the district while carrying hand fans to the protest sites. The BJP workers said that the industries had already suffered losses due to the partial lockdowns. Now the power cuts will ruin the industries further. Former BJP MLAs KD Bhandhari, Manorajna Kalia, and several other BJP leaders, later also sent a memorandum to the Punjab government through Powercom officials.

In Kapurthala too, farmers protested against the power cuts.

Delhi: Yamuna pollution down by 30%, water quality in drains improves 80% from last year

Inside Sumona Chakravarti’s first home: Kapil Sharma Show actor on the moment she decided to ‘break down the house’